Poaching continues to pose a significant threat, but many elephants face an even bigger challenge: conflict with humans.

As the human population increases, so do competing land uses, such as farming and cattle grazing. As humans compete for limited resources like water, land, and grass for livestock, we further encroach onto what were once wild lands. With less space to share, people and animals now come into direct contact at an alarming rate and often with deadly results.

Big Life works strategically to mitigate human-elephant conflict, such as by deploying dedicated rapid-response teams to chase elephants out of farms, and by building crop-protection fences to deter elephants from entering farmed areas in the first place. We also help to protect the local water supply from damage caused by elephants and to provision water when necessary so that there is enough for livestock and wildlife alike. 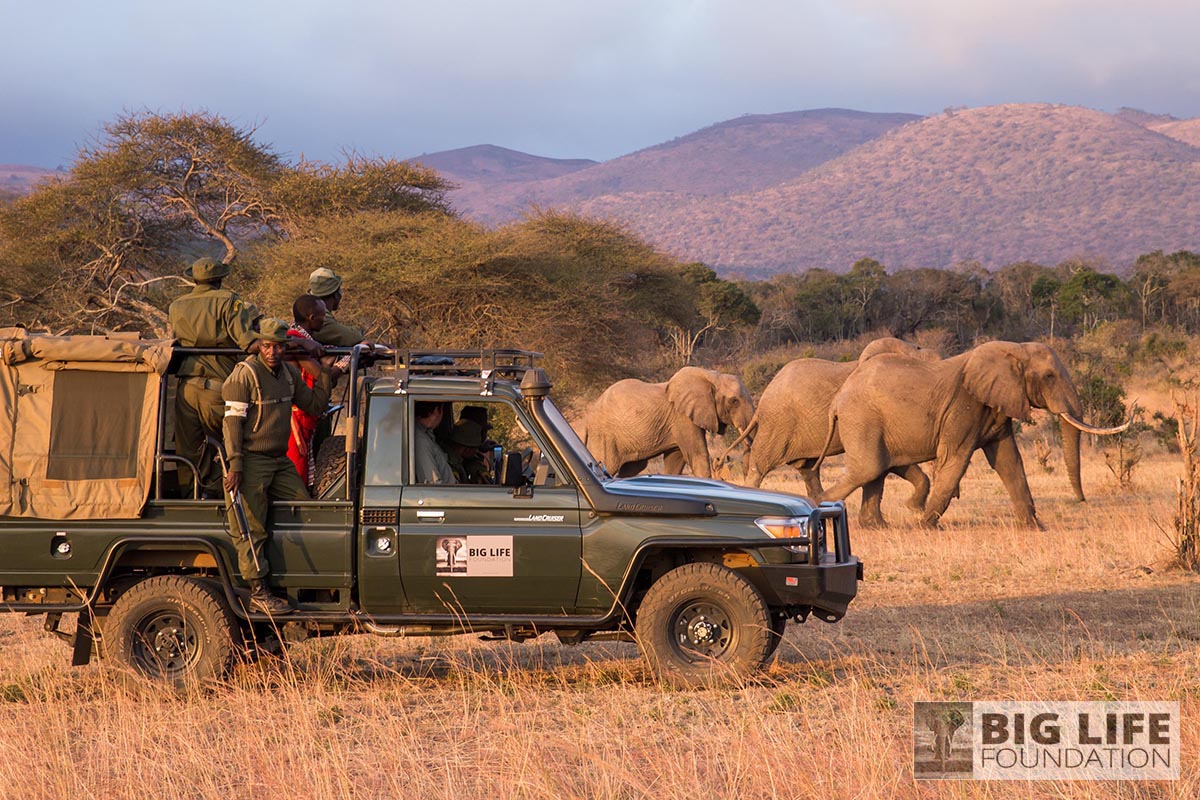 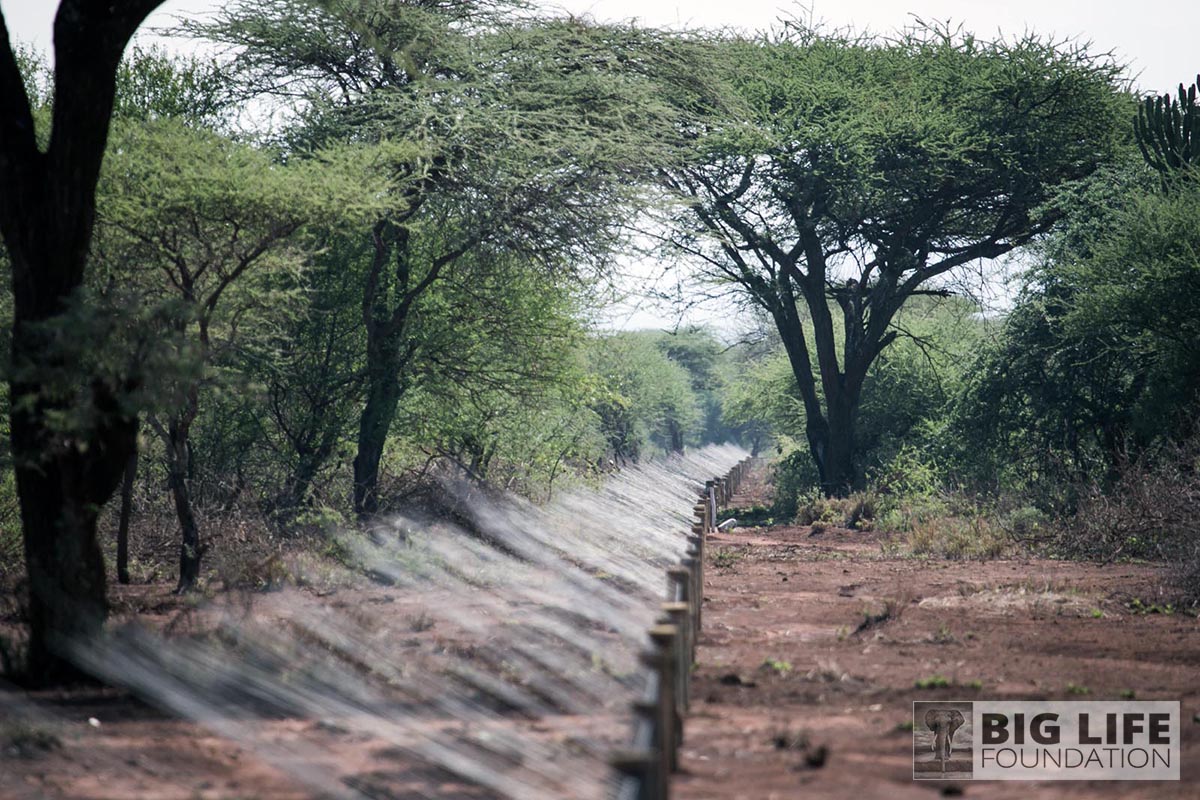 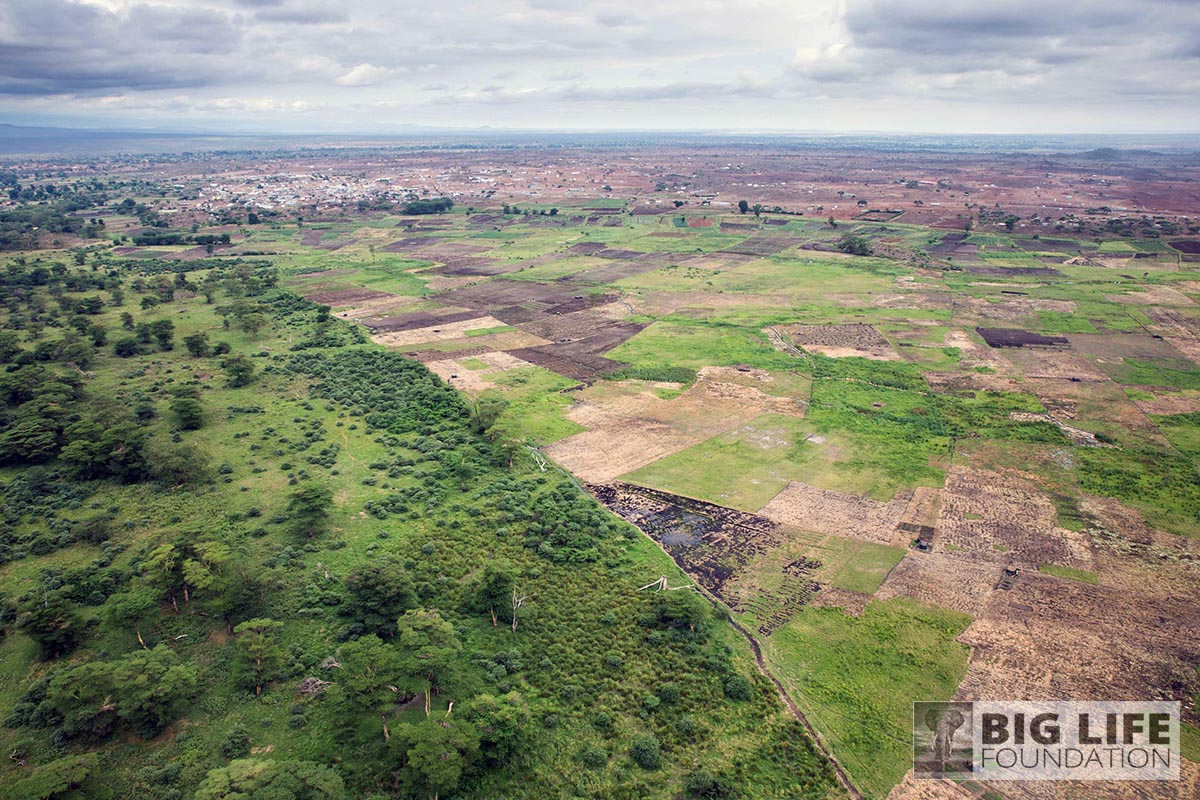 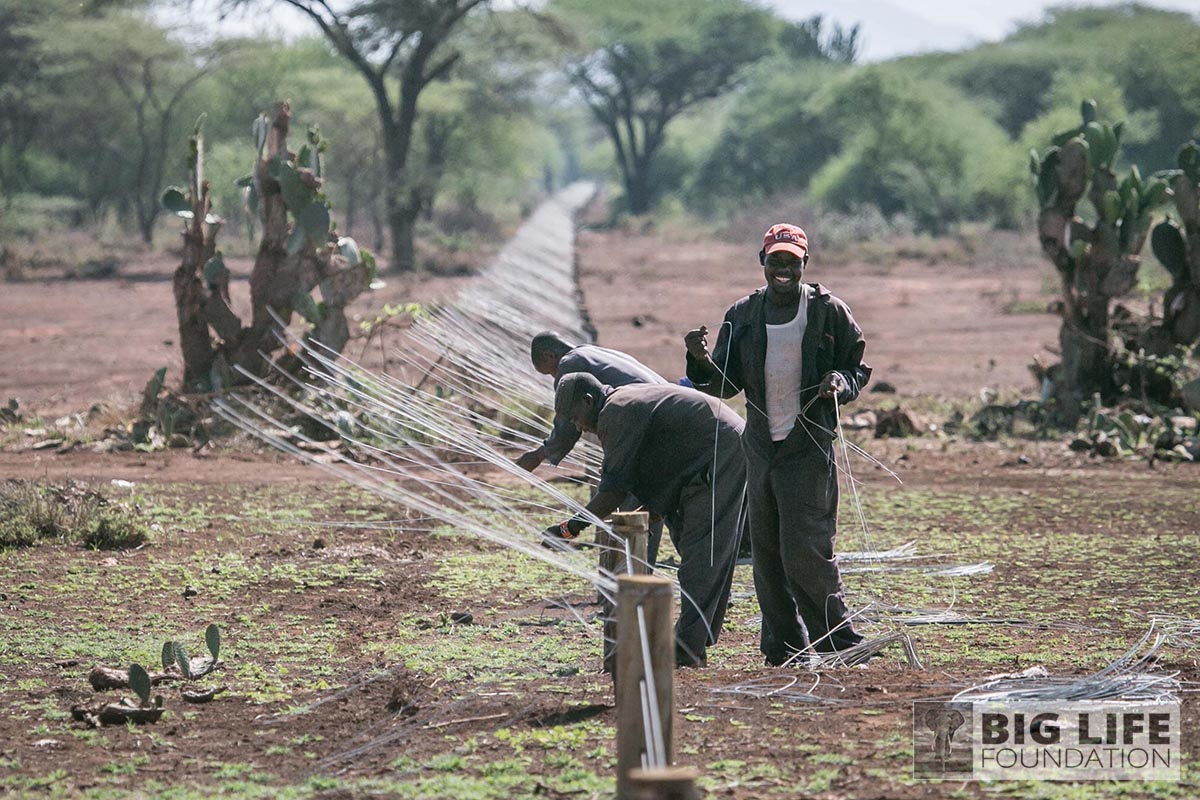 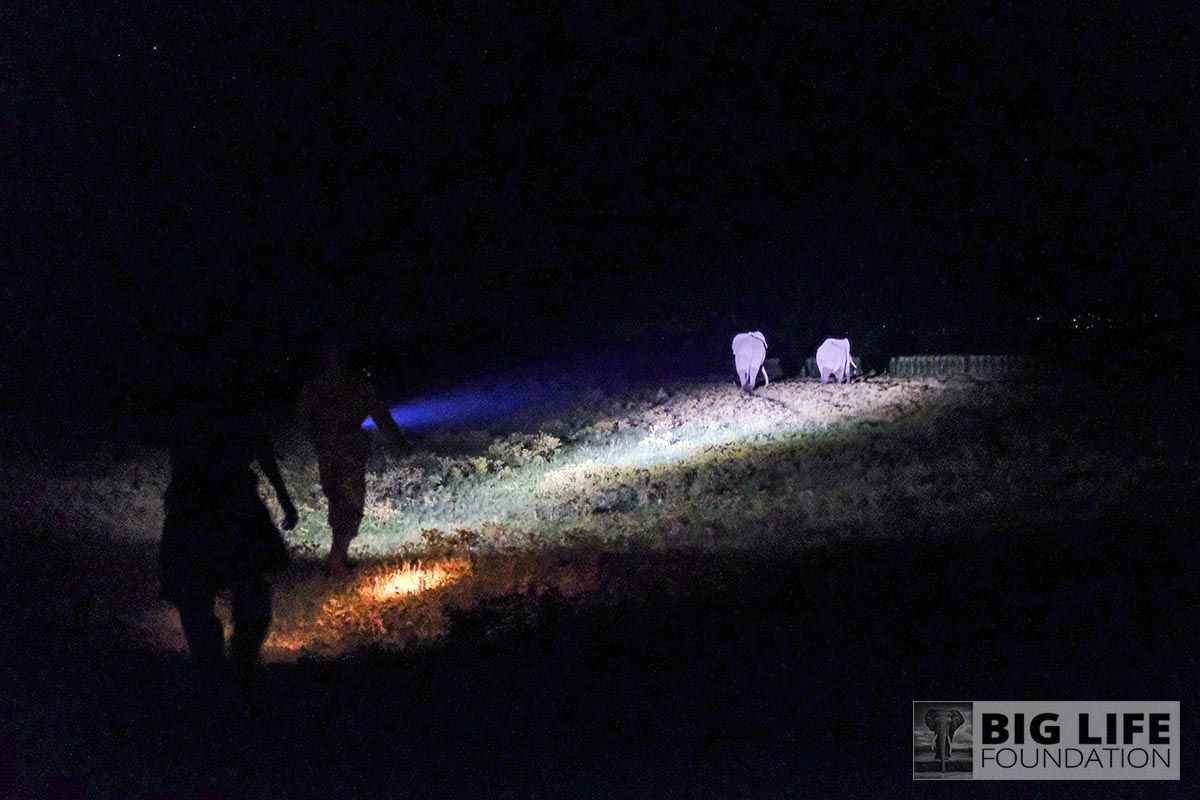 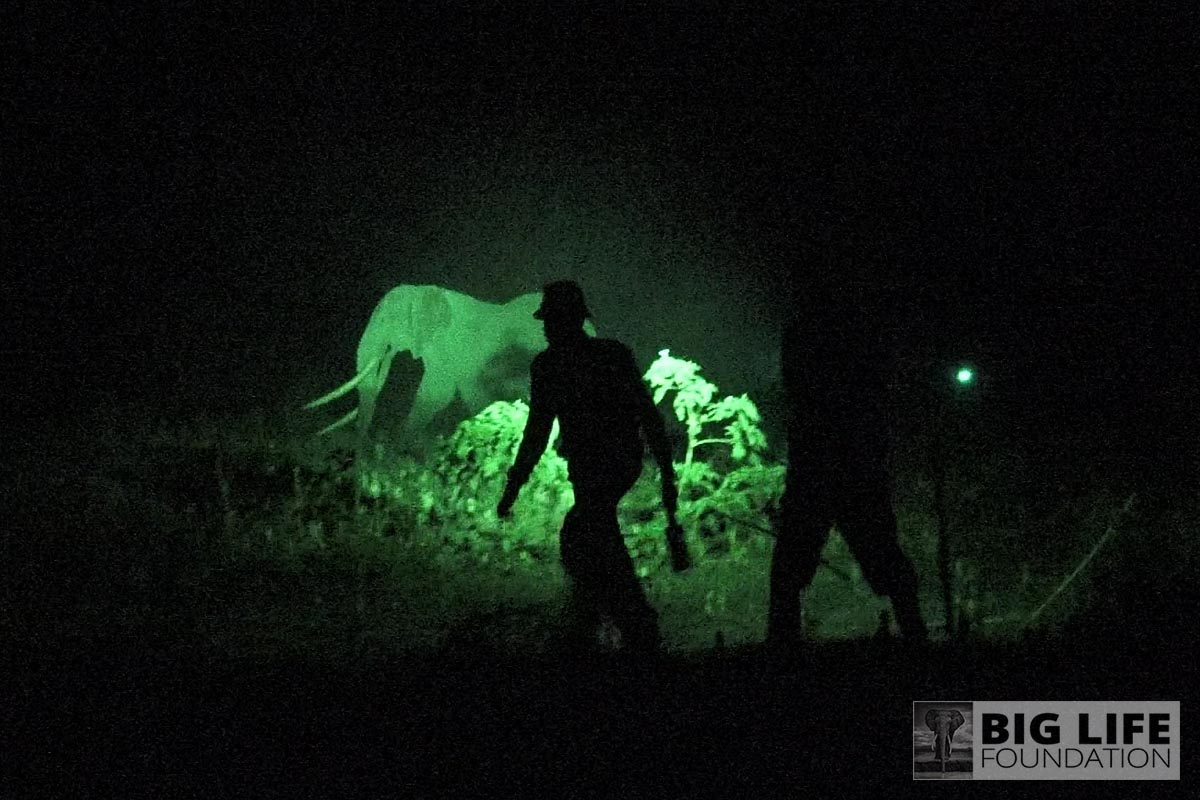 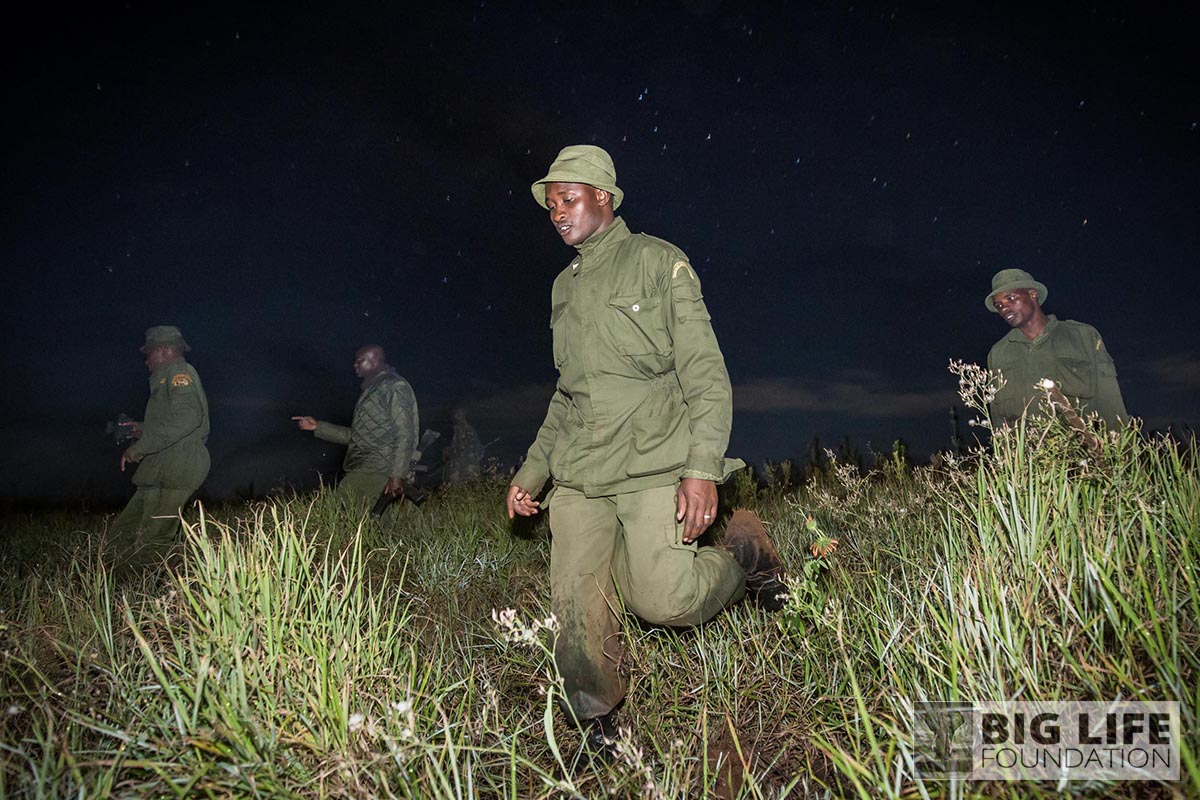 It’s a worst-case scenario. This week there was a deadly human-elephant interaction in the ALOCA conservancies involving an elephant mother, her two calves, and a local herder. The herder tragically did not survive.… Read More

There is a rumble in the dark and enormous figures loom. The solitary human figure stands his ground; his community depends on him. Thirsty elephants are dangerous, but not so dangerous as a broken borehole during a… Read More

It feels like we’ve been here before. In 2009, the rains failed, following three years of poor rainfall. The resulting drought was one of the most severe in living memory. At its worst, as many as 100 animals a day were… Read More

“This is so painful.” These few words spoken by ranger Daudi Ninaai describe well how we are all feeling at Big Life. Tolstoy, one of Africa’s biggest ‘tusker’ elephants, and an icon of the Amboseli ecosystem, has died… Read More

The elephant named Tolstoy is a living natural wonder, carrying some of the largest tusks on the planet. So when Big Life’s rangers don’t see him for a while, they go looking. They searched beyond their normal patrol… Read More

You may be familiar with this magnificent tusker. He is one of the most famous and most photographed elephants that Big Life protects. Most photographs depict him majestically in landscapes devoid of humans, with… Read More

A MESSAGE FROM THE ELEPHANTS

There is nothing subtle about a message delivered by an elephant. More so when you put something in their way, as is being discovered by KiliAvo, a company going ahead with the development of a commercial agricultural… Read More

Treating an elephant for an injury is never an easy proposition. But it’s especially challenging when the elephant is a mother with a calf in tow. A community member on Eselengei Group Ranch noticed the elephant was… Read More

Between Spears and Tusks

How USAID works with the Maasai communities to conserve Amboseli elephants like Big Tim There is no easy way to kill an elephant with a spear, and only two reasons to attempt this crazy feat: one is for ivory and the… Read More

Human-Wildlife Coexistence and the Future of Wildlife

Dec 4, 2018 - Unearthing Tim: The Battle to Rescue an Amboseli Icon

Nov 1, 2015 - ELEPHANT TREATED AFTER BEING SPEARED IN THE BACK