There are seven known critically-endangered Eastern black rhinoceros in Big Life’s area of operation. They spend most of their time in the densely-forested Chyulu Hills National Park, protected by dedicated Big Life rangers and the Kenya Wildlife Service.

In addition to monitoring and protecting the resident rhinos, Big Life has been working to improve infrastructure in the rhino area, the goal of which is to maintain Intensive Protection Zone (IPZ) status, which will allow for the future inbound translocation of rhinos from other territories. IPZ status is awarded by the Kenyan government for demonstrating that the area and the rhino population can be effectively protected. The infrastructure involved includes roads, fencing, and consistent water supply.

All anti-poaching and monitoring efforts are conducted in close collaboration with the Kenya Wildlife Service. Specially-trained Big Life rangers use traditional tracking methods, camera traps, and live sightings to maintain an accurate record of all living rhinos in the rhino area, and raise red flags if a certain period of time elapses between recording specific individuals. 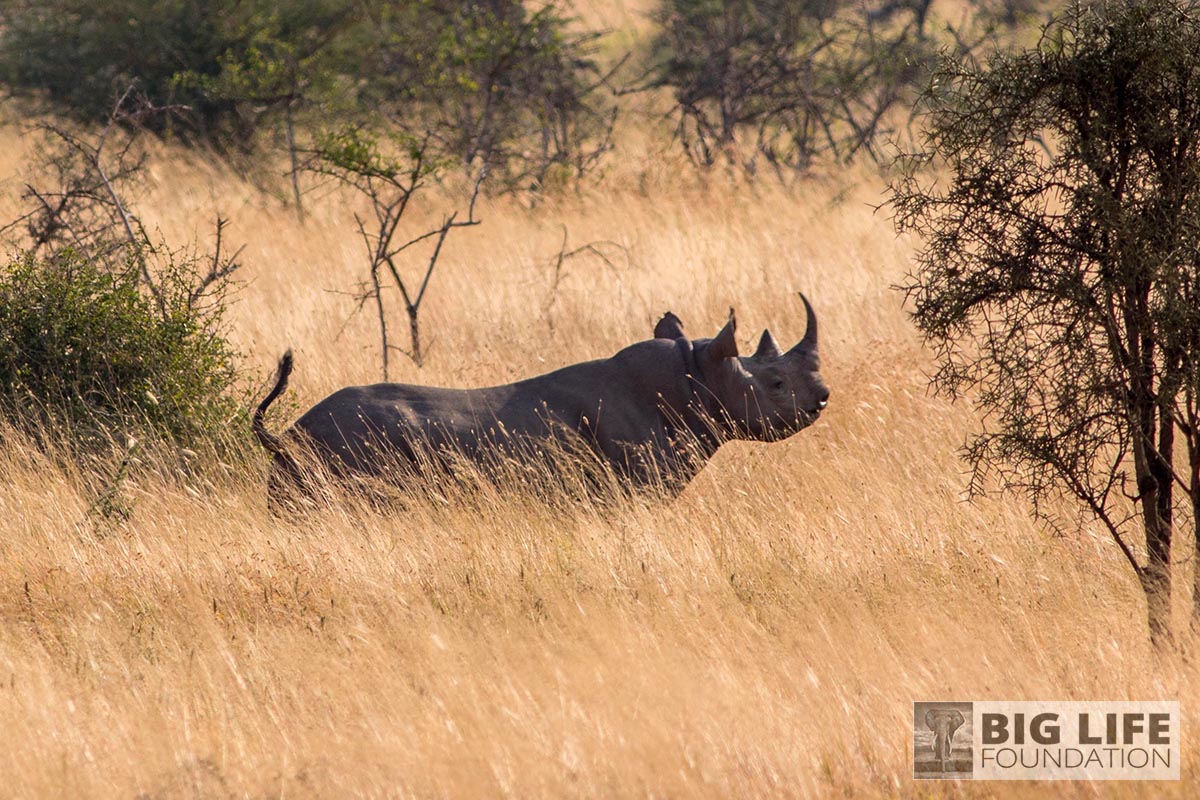 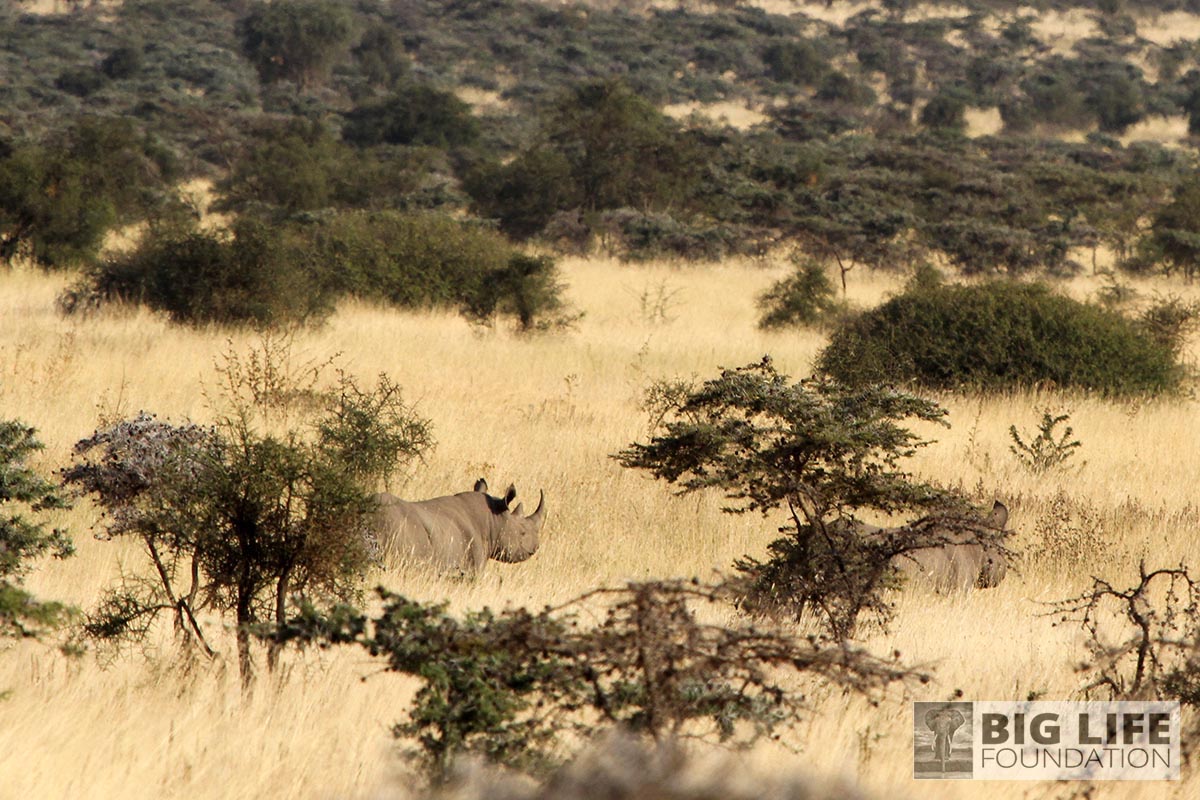 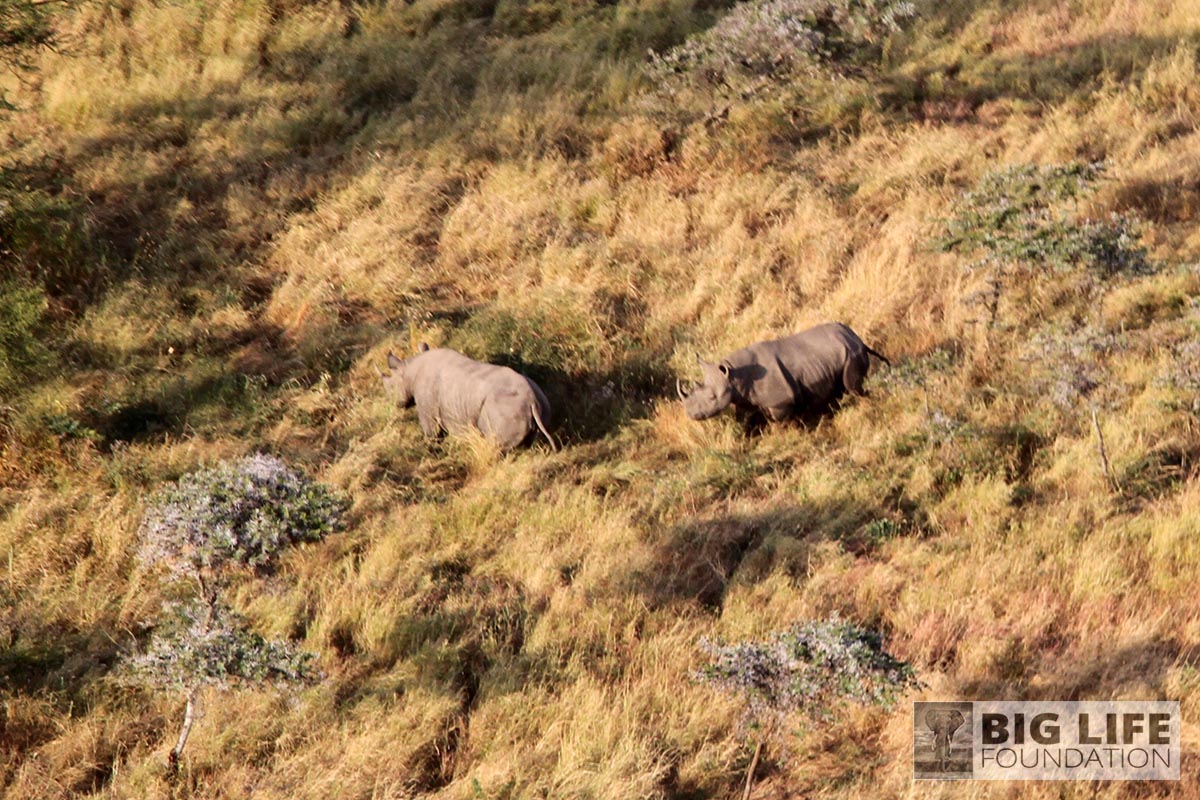 A HIDDEN TREASURE: PROTECTING THE RHINOS OF THE CHYULUS

To kill a rhino, they would have to kill the rangers first. This was the only thought that ran through my mind at 2 am, as I lay hidden behind a rock in the densely forested Chyulu Hills. We had gathered intelligence… Read More

4+ YEARS OF SUCCESS FOR RHINO

A small population of critically endangered Eastern Black rhinoceros live in Big Life’s area of operation, nestled deeply in the Chyulu Hills. These 8 individuals are part of an elusive population once thought to be… Read More

Four years ago, almost to the day, we lost a young black rhino called Bahati. His name meant “good luck,” as he had previously survived a poacher’s attack against unbelievable odds, yet he was ultimately caught in a… Read More

Protecting wildlife in Africa is not a game. It’s a serious endeavor with high and dangerous stakes. But to be strategic in defeating trafficking, poaching, and other wildlife crimes, it’s a bit like a chess game, and… Read More

Months ago, when we first saw the four-inch tracks in the rhino territory, we held our breath. A camera trap later confirmed the incredible news: a baby rhino had been born! It was hard to stay quiet, but we decided to… Read More

It’s been two years and 3 days since we lost Bahati, the young rhino that died after an epic effort to save his life after he was trapped in a snare. It was a terrible moment, but one that motivated us further in our… Read More

NEW RIDE FOR THE RHINOS

New statistics out of South Africa this week on rhino mortality paint a grim picture. While numbers have dropped from previous years, an average of three rhinos are still killed for their horns each day. And while South… Read More

It’s happened time and again throughout history; humans have either consumed a species into extinction or stood by and let it happen. But this time it’s different, or we hope it will be. The world is well aware of the… Read More

The place is like a lost world, inhospitable and untamed. Every bush has thorns that tear at unclothed pieces of flesh; the volcanic rock underfoot is sharp as razors and eats ranger boots for breakfast. This is the… Read More