THE RHINOS OF KENYA : THE BATTLE INTENSIFIES 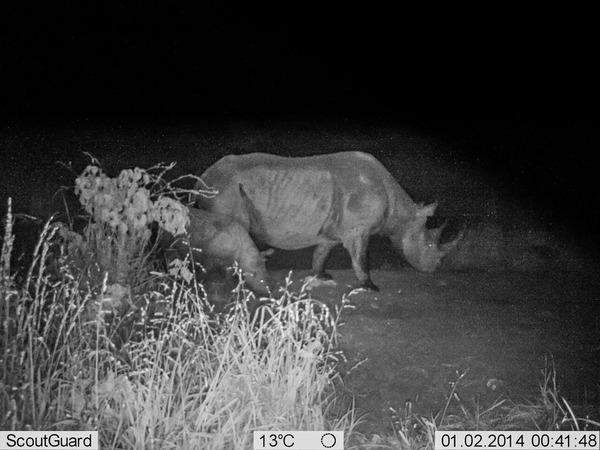 THE RHINOS OF KENYA : THE BATTLE INTENSIFIES

A major Kenya Wildlife Service “shake-up” has occurred after a shocking five rhino were killed in one week at the fully fenced Lake Nakuru National Park.

Even more disturbing is that these five recent deaths occurred in broad daylight, some within meters of KWS Rhino Surveillance Headquarters. A grim reminder to anti-poaching forces of the brazen attitude of poachers and the rough road ahead.

KWS recently announced that armed poachers slaughtered 59 rhino in Kenya in 2013, twice that killed in 2012. This number may sound small compared to the numbers of rhino killed in South Africa, but the East African black rhino totals roughly 750 animals—making it the rarest remaining black rhino subspecies on earth. Of these 750, about. 600 reside across Kenya, largely in fenced reserves.

Despite the setbacks to African rhino populations, thanks to the dedication of anti-poaching teams like Big Life’s rhino unit rangers, the present trend for the East African black rhino is increasing. And with our efforts in the Chyulu Hills, the region’s only truly wild (unfenced) population is also growing a little, with at least 3 rhino calves in the last year.

With three rhinos - two adults and a calf - lost to poachers in our area in the Chyulus in 2013, the need to heighten security remains vital. We hope that funds can be raised to build at least two ranger outposts in the area, hiring at least a dozen new community rangers, and also advancing the technology utilized to protect our growing population of black rhino.

The dedication of our Big Life rangers, working in conjunction with KWS, is all that literally stands between poachers and a now critically endangered animal that once roamed Africa in the hundreds of thousands, and these poachers aim to kill whatever is in their way.

As across Africa, it is the heroic commitment of the rangers on the ground that must be celebrated.