“Big Life is practical, collaborative and effective. They saw Amboseli through the ivory poaching crisis, now their deep understanding of people and elephants is forging a future for harmonious coexistence.”
- Iain Douglas-Hamilton, Save the Elephants

“It is hard for me to convey what a difference it has made to have Big Life working in the Amboseli ecosystem. Their efforts have saved countless elephants from injuries and death. As much as we as researchers try our best to protect the elephants, we can not do so in the way that Big Life does with its rangers, vehicles, airplanes, tracker dogs, and excellent leadership."
- Cynthia Moss, Amboseli Trust for Elephants

"[Big Life] has . . . gone a long way to ensure emerging challenges, especially on human wildlife conflict and wildlife poaching, are tackled in a timely manner and therefore ensuring that communities and wildlife coexist for the benefit of conservation as a whole."
- Julius Kimani, Director General, Kenya Wildlife Service

“With its clear agenda and focused action, Big Life is clearly a model to replicate.”
- Africa Geographic Magazine, “Elephant Charities: The Good, the Bad and the Ugly”

Big Life Foundation has earned Charity Navigator’s highest possible, coveted and respected 4-star rating, with an overall score of 95.47 out of 100 for our financial performance, accountability, and transparency.

Charity Navigator has become one of the nation's largest, most trusted, and most-utilized evaluators of nonprofit organizations, and has received praise from respected publications such as: TIME Magazine, Forbes, Reader's Digest, PC World, BusinessWeek, and Kiplinger's Financial Magazine.

By meeting all 20 Better Business Bureau (BBB) Charity Standards, including key standards of Board oversight, finances, and results reporting, Big Life Foundation USA achieved accreditation by the BBB Wise Giving Alliance in March 2017. In the words of Art Taylor, CEO of the BBB WGA, this accreditation signifies that Big Life “has earned public trust, having demonstrated its commitment to sound governance, transparency, and achieving its mission.”

The Independent Charities of America Seal of Excellence is awarded to members who have—upon rigorous independent review—been able to certify, document, and demonstrate on an annual basis that they meet the highest standards of public accountability, program effectiveness, and cost effectiveness.

Of the roughly 1 million charities operating in the United States today, it is estimated that fewer than 5% meet or exceed these standards, and fewer than 0.25% have been awarded this Seal of Excellence.

Due to the effectiveness and transparency of our operations, Big Life has earned Platinum level recognition on GuideStar’s charity rating website—the highest possible ranking.

As an early adopter of this new standard (the previous highest level was Gold), Big Life was pre-approved for Platinum status when it was first launched in May 2016.

Thanks to positive reviews from our donors and volunteers, Big Life is honored to have earned a Top-Rated Nonprofit award from Great Nonprofits for four years in a row.

"The GreatNonprofits seal is the second most trusted rating seal, after the Better Business Bureau."
- according to a study by Software Advice

Big Life is proud to be a certified member of the Combined Federal Campaign, the official workplace giving campaign of the US federal government.

Donations are made by federal civilian, postal, and military employees. 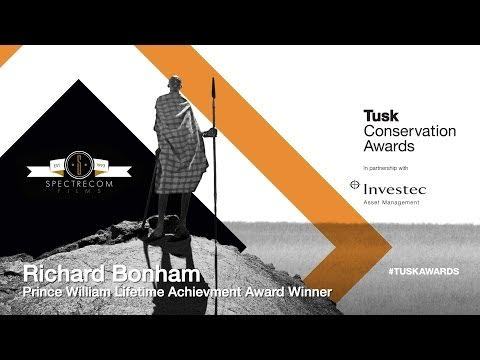 In 2014, Big Life Co-Founder and Director of Operations Richard Bonham was awarded, by HRH The Duke of Cambridge himself, the Prince William Lifetime Achievement Award for Conservation in Africa.