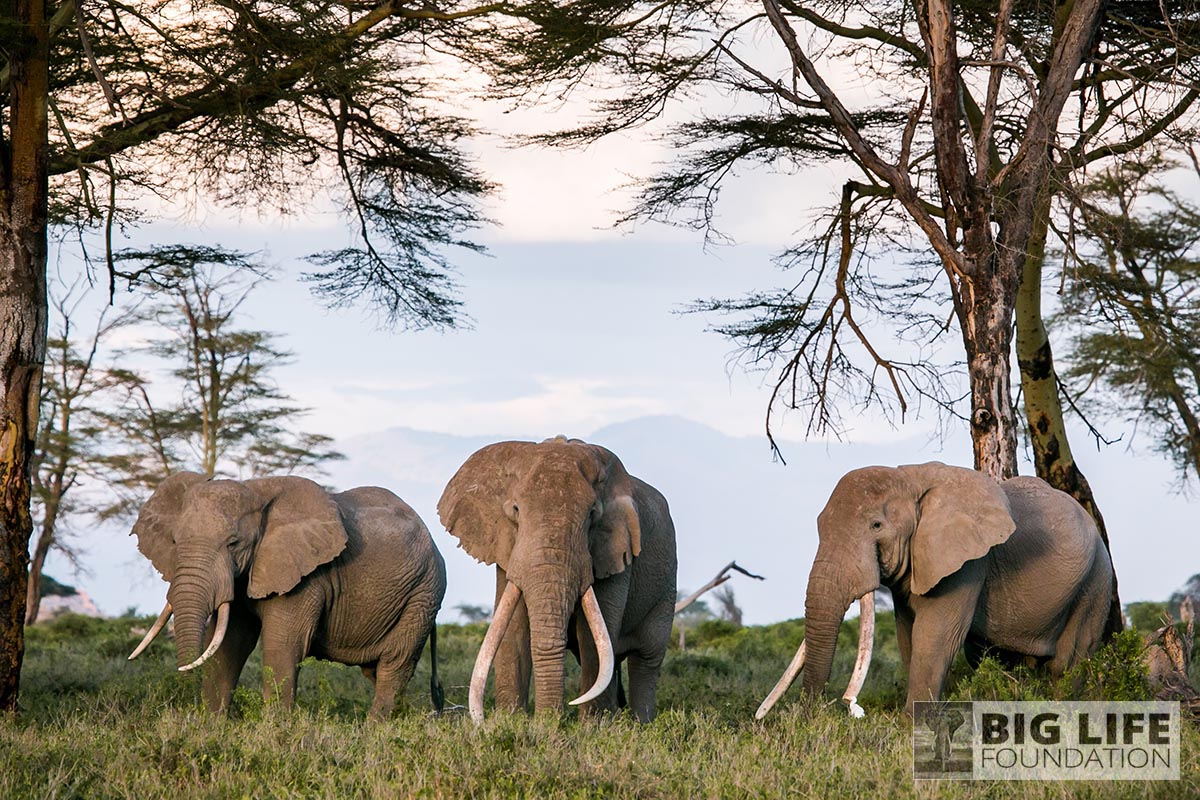 Protecting over 1.6 million acres of wilderness in the Amboseli-Tsavo-Kilimanjaro ecosystem of East Africa, Big Life partners with local communities to protect nature for the benefit of all.

On the ground in Africa, partnering with communities to protect nature for the benefit of all.

Envisioning a world in which conservation supports the people and people support conservation.

The first organization in East Africa with coordinated anti-poaching teams operating on both sides of the Kenya-Tanzania border, Big Life recognizes that sustainable conservation can only be achieved through a community-based collaborative approach. This approach is at the heart of Big Life’s philosophy that conservation supports the people and people support conservation.

Big Life has established a successful holistic conservation model in the Amboseli-Tsavo-Kilimanjaro ecosystem that can be replicated across the African continent.

BIG LIFE 2014, the six-minute film from Big Life Foundation, shows the urgent poaching situation in East Africa right now, and what Big Life is doing on the ground to deal with it.

The film features animal footage shot in Amboseli in July 2012 by Nick Brandt, and interviews from earlier in the year with Richard Bonham, as he and his teams pursue poachers within the East African Amboseli ecosystem where Big Life currently operates.