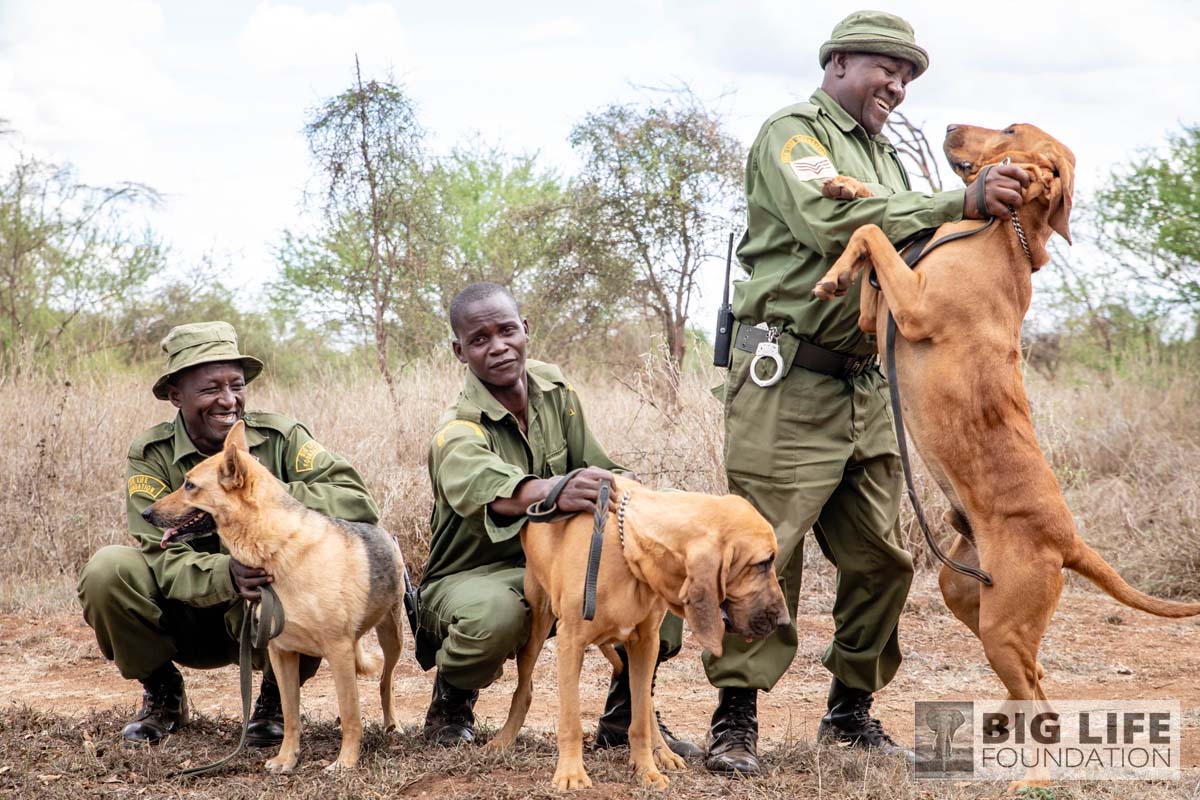 One of Big Life’s most important wildlife protection strategies includes the use of tracker dogs. The Tracker Dog Unit consists of two bloodhounds - Bonnie and Clyde – and their five handlers. The unit is ready to respond anywhere in the ecosystem at a moment’s notice, deploying by vehicle or aircraft.

Based out of an outpost at Big Life’s Headquarters in Mbirikani, the Dog Unit goes on daily patrols (apart from Sunday - which is the dog’s cleaning and rest day).  Training and tracking exercises are incorporated into their patrols to keep the dogs fit and ready to respond to an incident at any time.

The Dog Unit makes an important contribution to our anti-poaching and elephant conservation goals. The direct impact is obvious: in an instance where a poacher has killed an elephant or other wild animal, the Dog Unit is able to respond to track and apprehend poachers, achieving results that no human or machine is capable of. The indirect impact is subtler and comes in the form of the support that the trackers dogs provide for local communities. This assistance varies, ranging from apprehending criminals of community crimes, such as theft, to finding children lost in the bush, all of which creates community goodwill and support for wildlife conservation.

In addition to directly intervening in incidents, the mere presence of the Dog Unit acts as an invaluable deterrent to potential poachers. It is hard to know the number of animals that are alive because a potential poacher decided not to kill for fear of being tracked by the dogs and their famously powerful noses. But through our intelligence network, we have reliable information that dogs’ presence absolutely factors into poachers’ decision-making processes, and that the dogs have increased the threat of arrest to the point where the risk is too high for many. 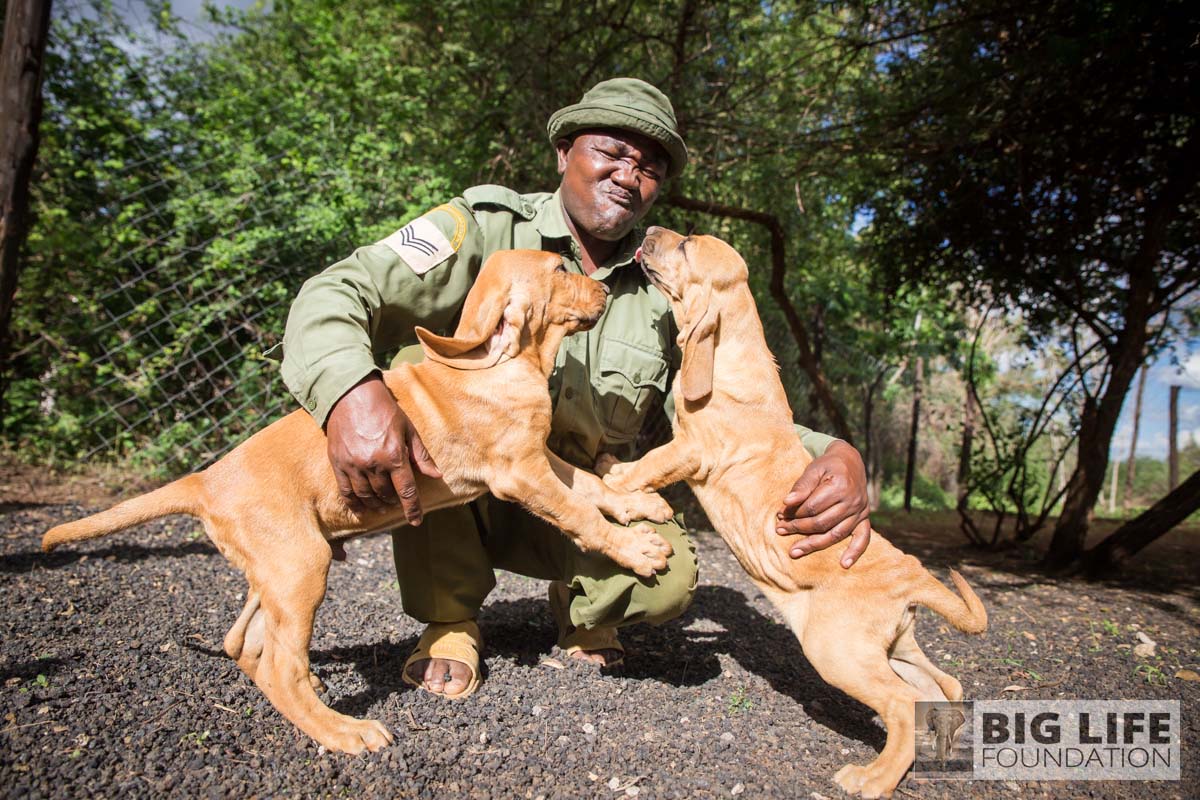 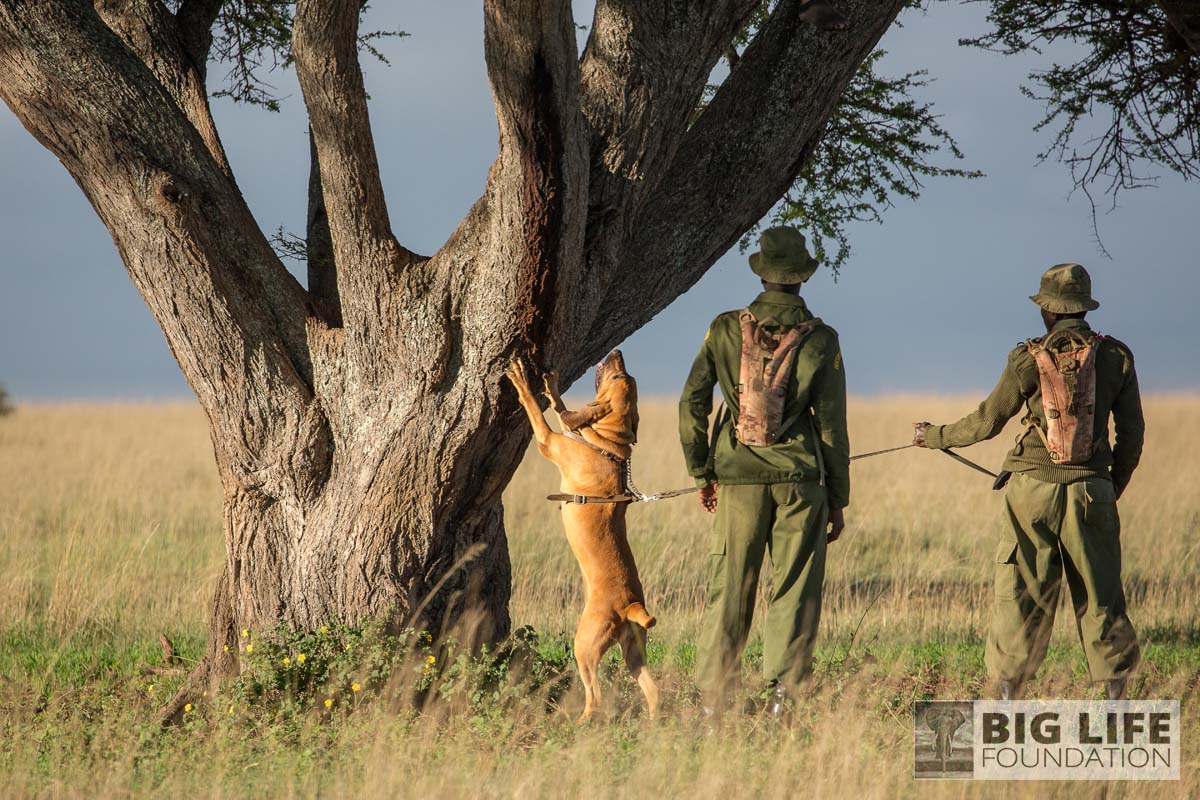 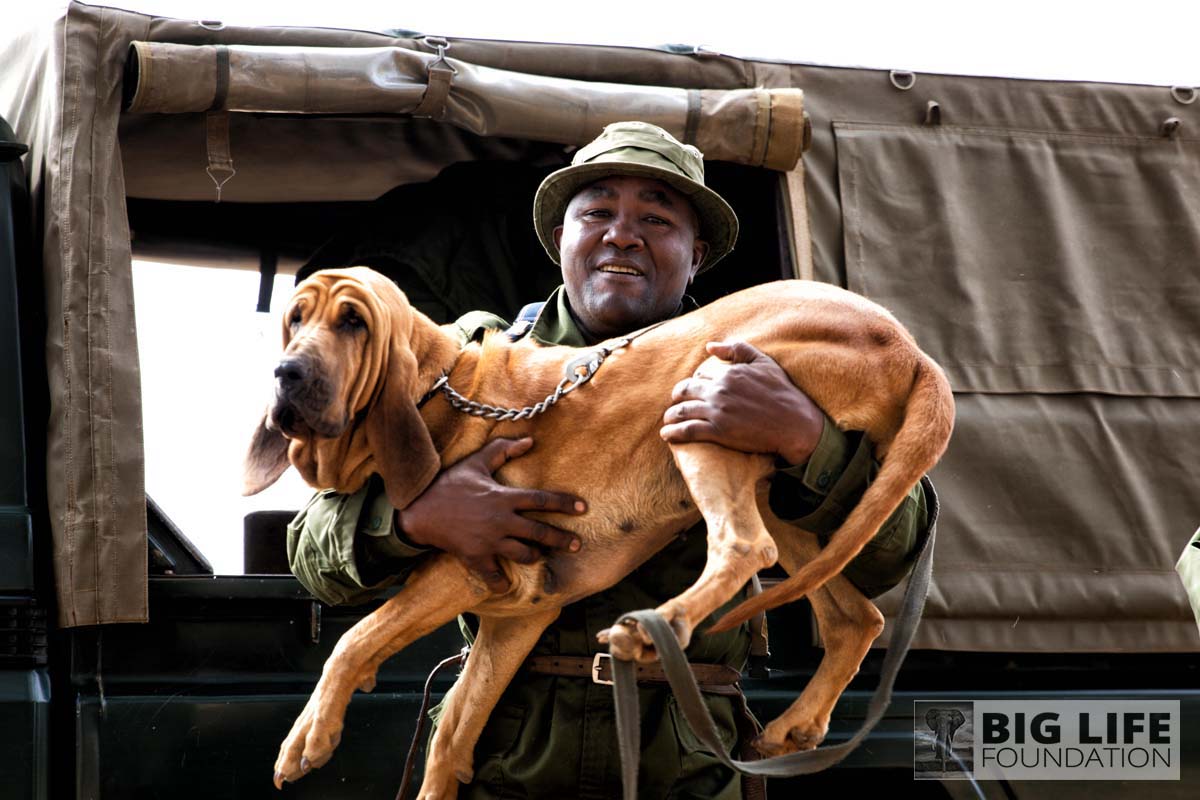 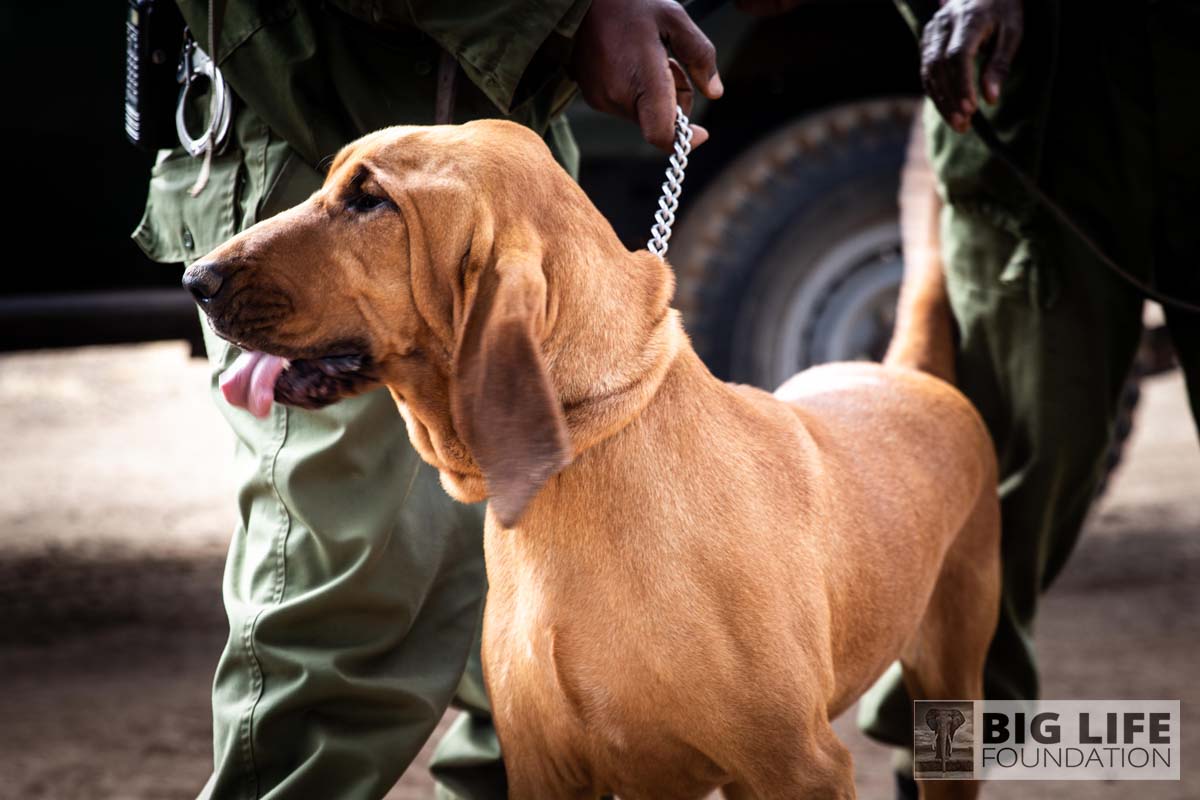 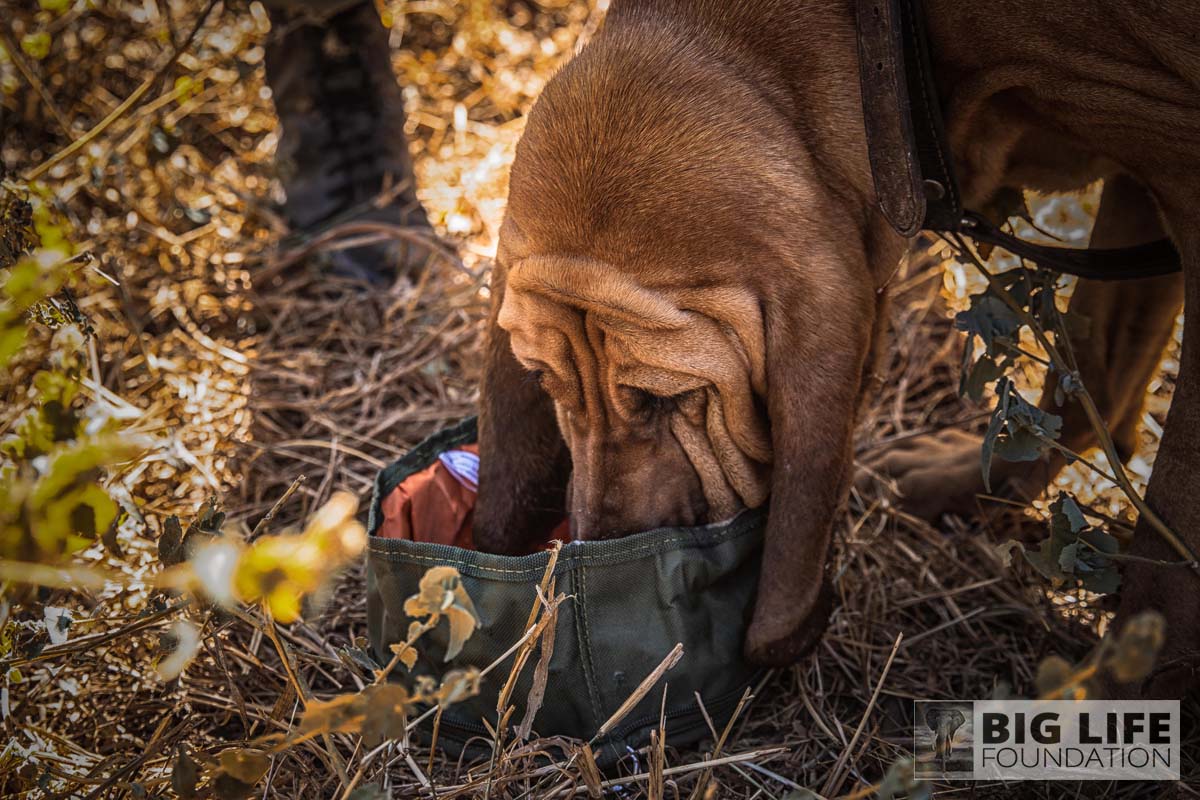 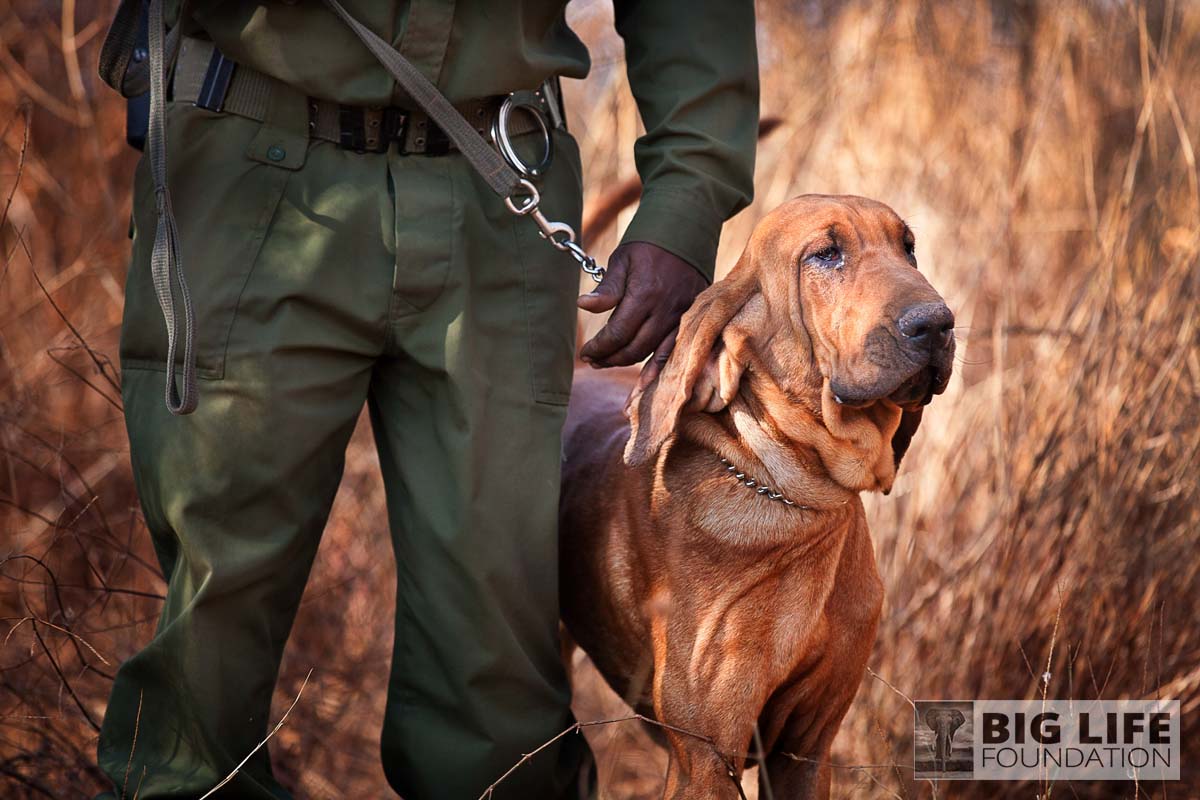 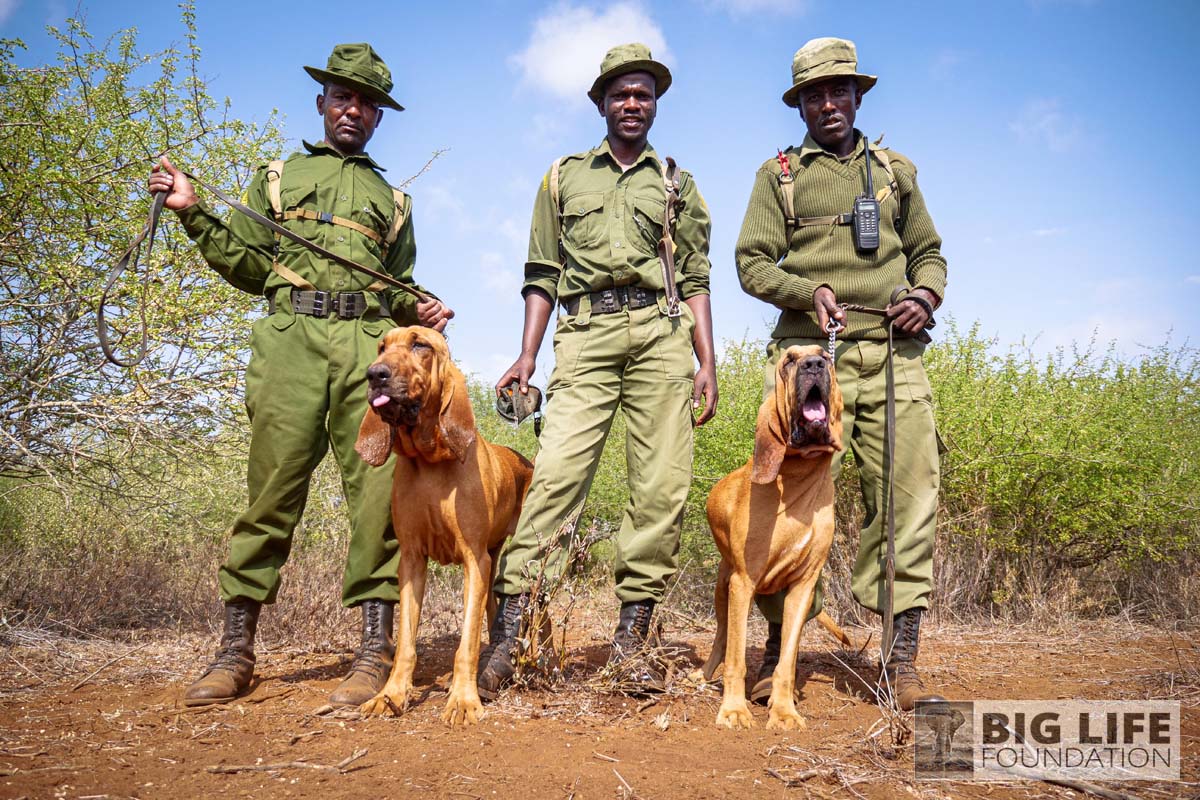 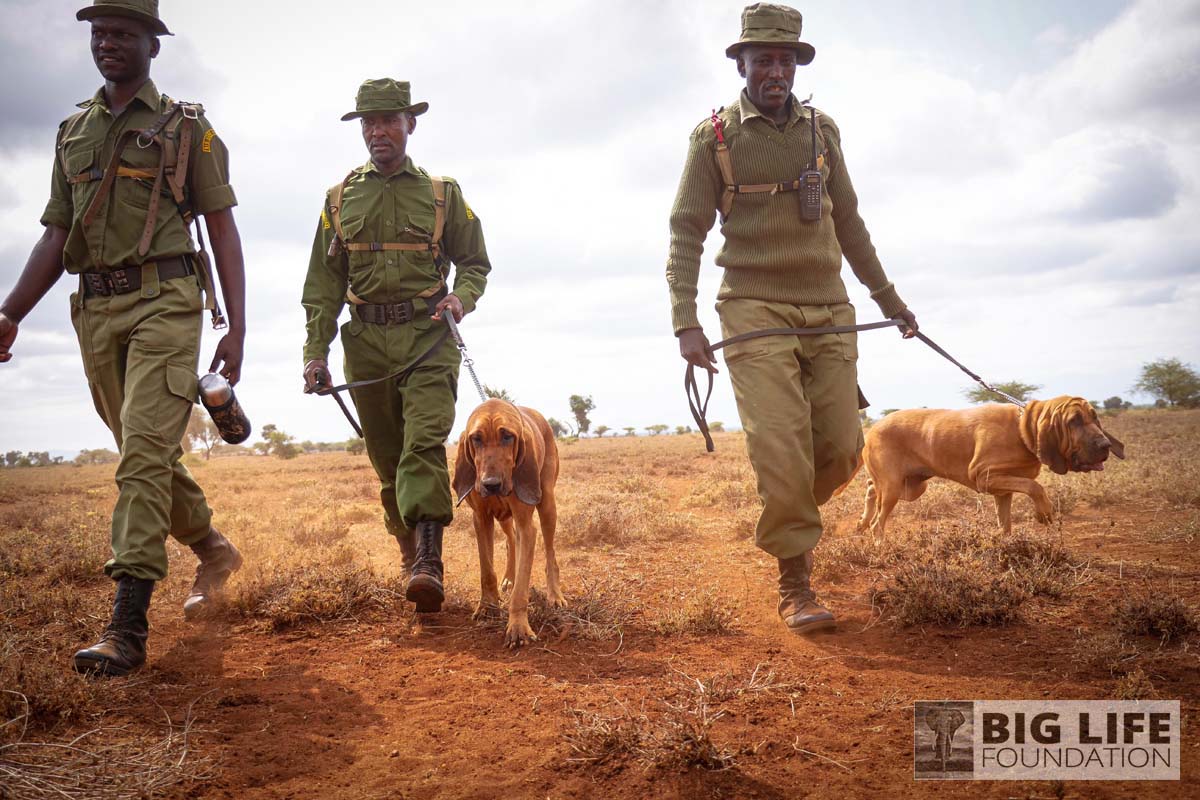 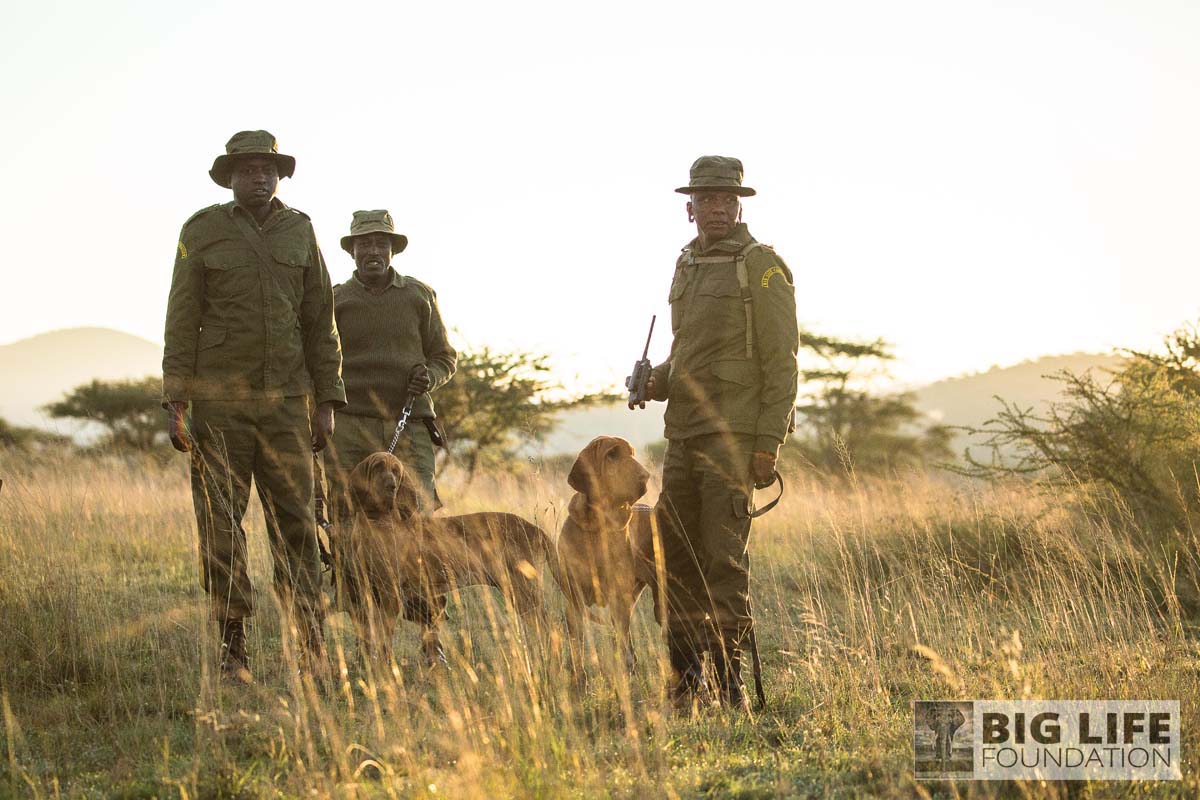 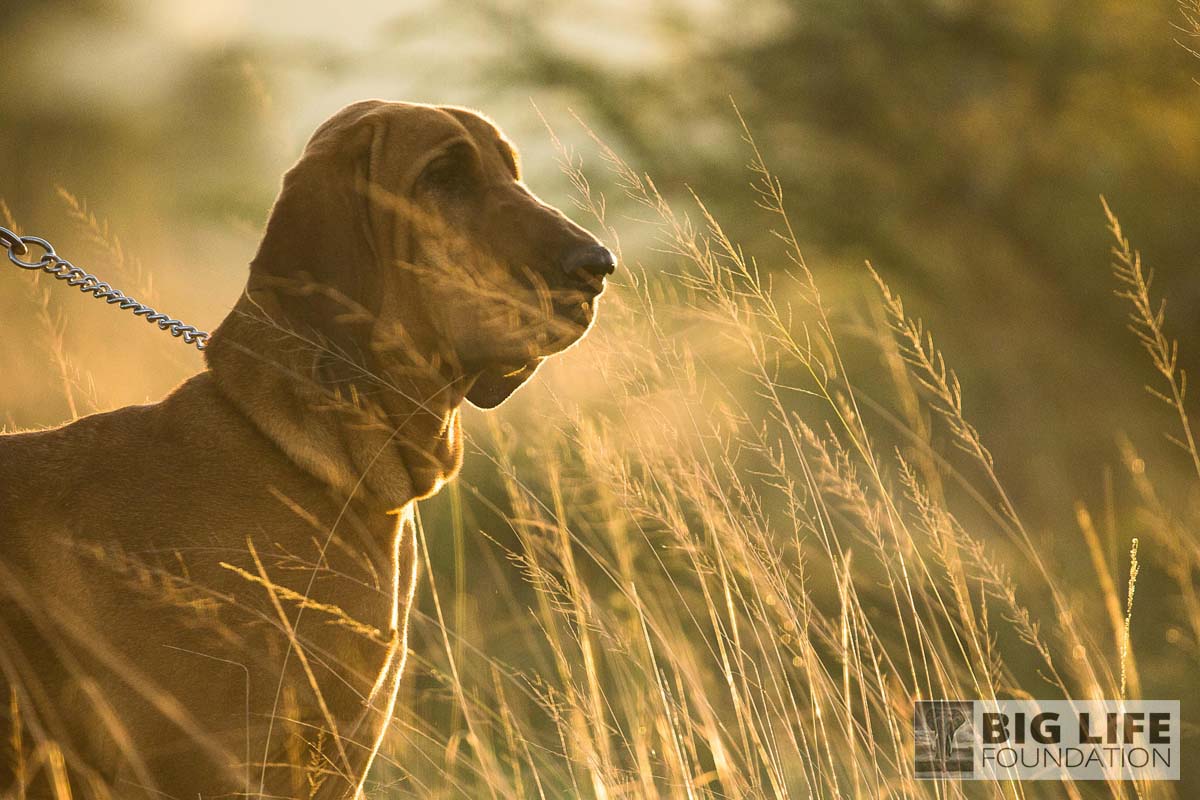 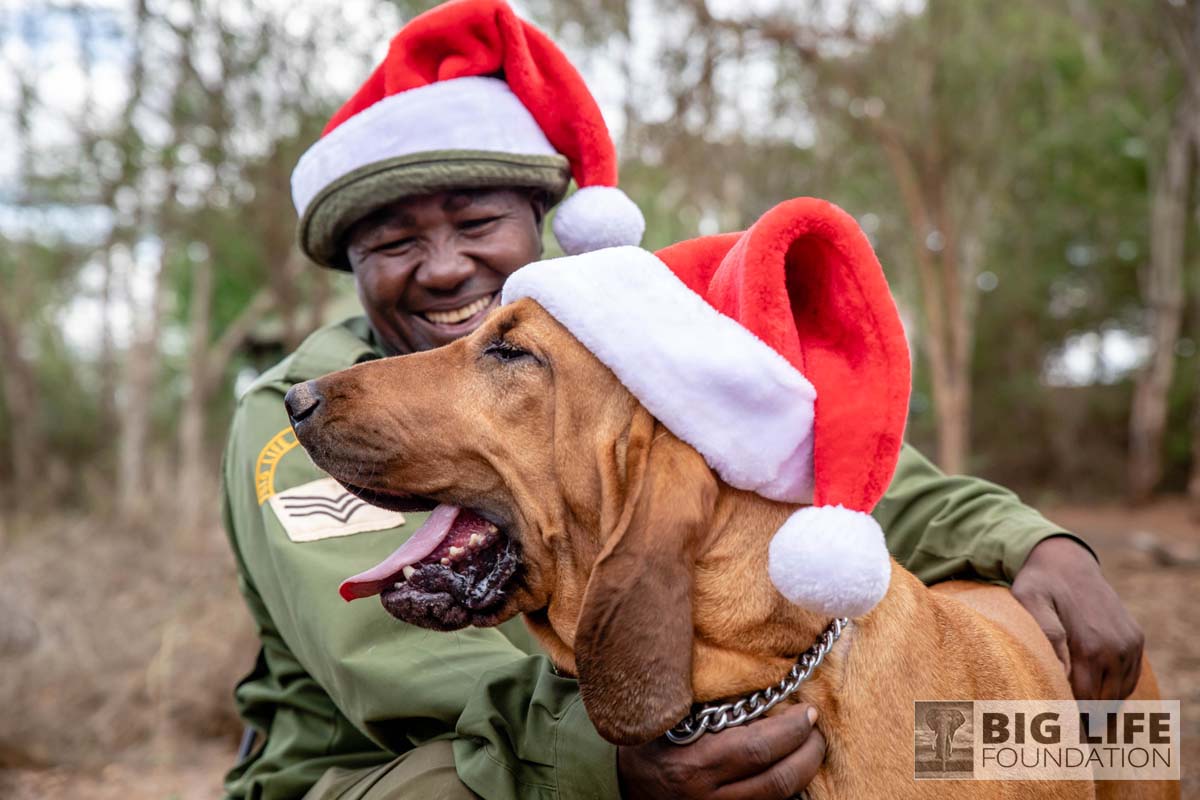 Big Life Foundation’s community ranger, Sgt. Mutinda Ndivo, has been honored with a Disney Conservation Hero Award, one of only 18 award recipients in 2019 globally. The award recognizes local citizens for their… Read More

There is almost nothing worse for a parent than to turn around and find that your child is missing. This was the awful situation one evening in a remote part of Big Life’s operating area. A four-year-old boy playing… Read More

A SAD GOODBYE TO AN UNLIKELY HERO

She was never meant to become a tracker dog. When Big Life received our first pedigreed tracker dog in 2010, he needed a companion, and what better place to find a friend than the Kenya SPCA? Didi was just another face… Read More

Most of us learn hard lessons when we’re younger. One teenage boy recently learned a very important lesson in Kimana. It starts like any coming-of-age story: a young teen had been struggling in Nairobi, so his parents… Read More

TRACKER DOGS PUTTING THEMSELVES OUT OF BUSINESS

November, one year ago. Rangers at the Serengeti National Park in Tanzania received one of the dreaded calls: an elephant had been killed by poachers. The anti-poaching unit set off immediately, but they weren’t alone.… Read More

Three days ago, just after nightfall, the crack of gunfire echoed across the plains. Somewhere, another massive bull elephant died for its tusks. Rangers stationed at the nearby Manyara Ranch, a community-based… Read More

by Jeremy Swanson in Tanzania For more than seven hours, the Big Life Tanzania tracker dogs, Rocky and Jerry, followed the scent trail of the elephant poachers. Supported by a joint team of rangers, Rocky and Jerry… Read More

by Jeremy Swanson in Tanzania Armed with deadly poison and specialized arrows, four poachers entered the Enduimet Wildlife Management Area (EWMA) on January 15, in search of elephants and their ivory. So sure were they… Read More

Dec 14, 2011 - DOGS SAVE ELEPHANTS : HOW ONE OF BIG LIFE'S NEW TRACKER DOGS SUCCESSFULLY TRACKED DOWN ELEPHANT POACHERS ARMED WITH AK47'S