TRACKER DOGS PUTTING THEMSELVES OUT OF BUSINESS 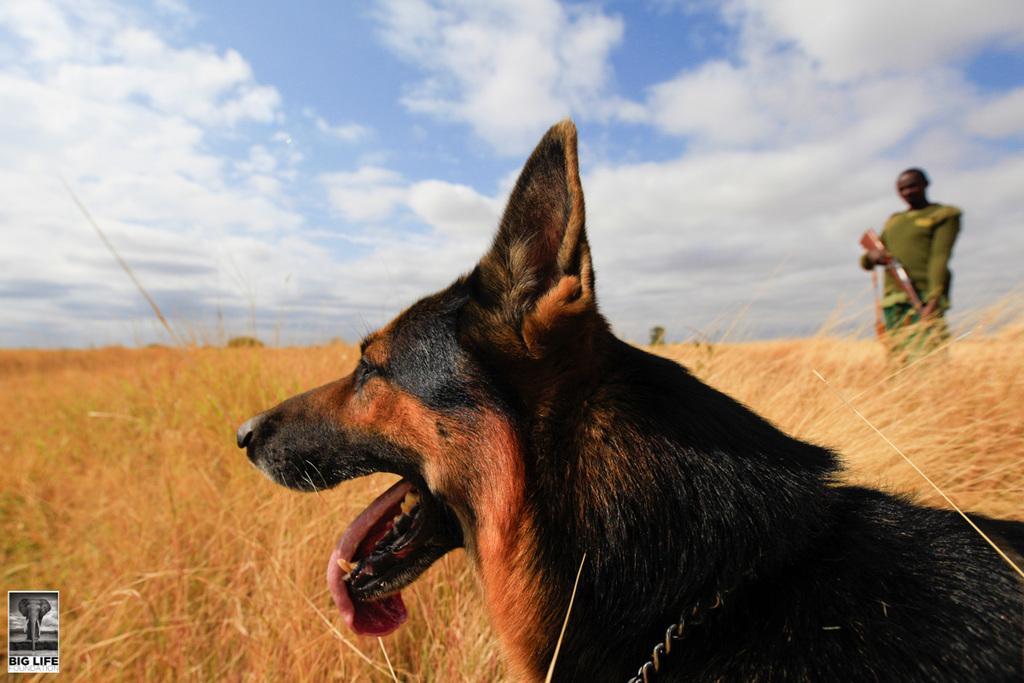 November, one year ago. Rangers at the Serengeti National Park in Tanzania received one of the dreaded calls: an elephant had been killed by poachers.

The anti-poaching unit set off immediately, but they weren’t alone. With them were two remarkable hounds, Jerry and Chester from the Big Life tracker dog unit.

Within hours, sniffing through the wilderness, the conservation canines had tracked the scent from the elephant carcass right up to a suspected poacher’s house. This eventually led to the arrest of all the poachers involved.

At that time, these calls were coming almost weekly, but a year and a string of arrests later, elephant poaching has dropped to almost nothing in the area.

The dogs, managed by Big Life’s implementing partners in Tanzania, Honeyguide Foundation, have been so successful that they’ve just about put themselves out of the elephant-poacher-catching business. Thanks to their terrifying reputation, they are now focused primarily on eliminating bushmeat poaching and tracking community criminals.

The deterrent effect that their success has had is astounding. Poachers know how hard it is to outsmart those noses, and it has pushed the risk element too high. Not only this, but it has set an encouraging example of cooperation between an NGO, the Tanzanian government, and the communities in which the dogs work.

Jerry and Chester have come a long way since they first started working on the Tanzanian side of the greater Amboseli ecosystem in 2011, and it seems that they are only just getting started. We sure are glad they’re on our team!