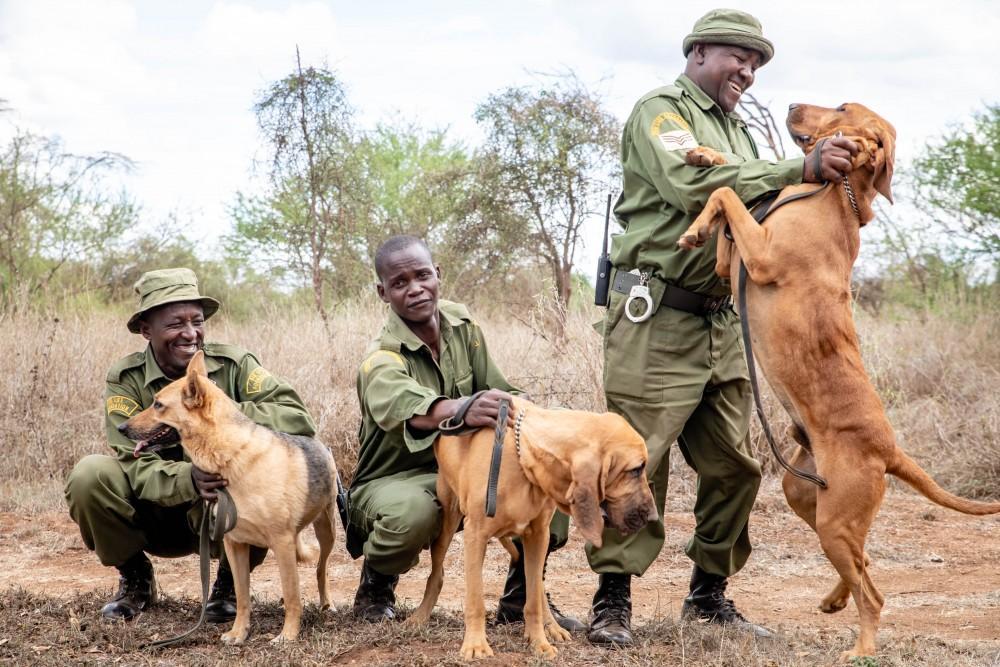 Most of us learn hard lessons when we’re younger. One teenage boy recently learned a very important lesson in Kimana.

It starts like any coming-of-age story: a young teen had been struggling in Nairobi, so his parents sent him to live with family in the country for a bit of perspective and fresh air. It wasn’t the easiest adjustment, and in his boredom, he noticed a small yellow airplane on an airstrip, left briefly unattended. Curiosity got the best of him. New to the area and not knowing better, he spotted a backpack in the rear seat and plucked it right out, amazed at his luck.

His luck very quickly soured, however. Because it turned out that the plane was Big Life Foundation’s Super Cub, and the bag belonged to Big Life’s Head of Security, who had stopped in for a meeting with Kimana Sanctuary’s community rangers on his way to the office.

When the meeting ended, Craig returned to the plane to find his backpack missing. Annoyed by the delay, but amused by the boldness of whoever had taken the pack, Millar didn’t stress. He simply called in Big Life’s tracker dog unit, who were already nearby for a training activity.

Didi, Bonnie, and Clyde immediately picked up the scent and were eager to get to work. They took turns tracking. First Clyde, then Bonnie, then Didi, then back to Clyde. The teenager had covered nearly 7 km by the time the tracker dogs caught up with him at his home, where he promptly and very sheepishly handed over the backpack.

The dogs got some good exercise and practice for more serious crimes, and the young teenager will think twice about petty theft in the future.

Thank you for considering a donation in support of our tracker dog program.