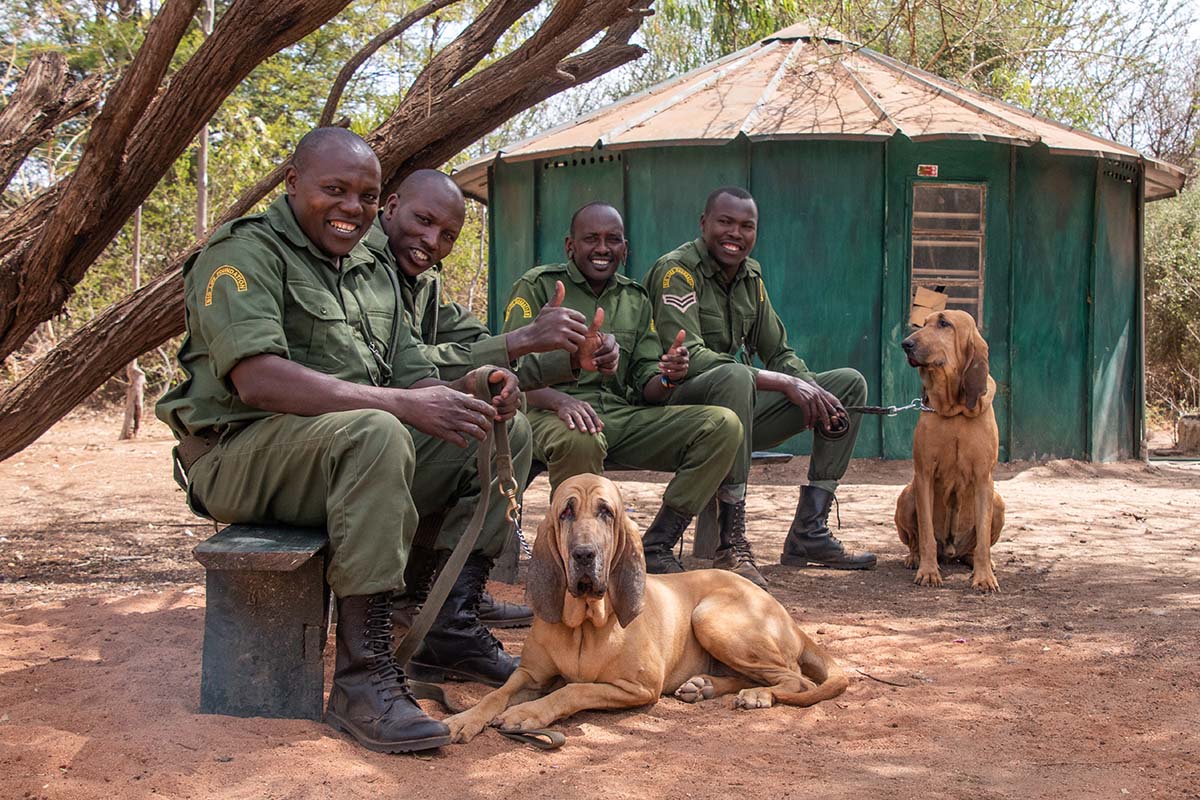 This month, we are highlighting the fantastic work done by our rangers, and today we want to celebrate two of our furriest and friendliest rangers: Bonnie and Clyde.

Big Life first began using dogs for anti-poaching efforts in 2011. Since then, our small unit of capable canines have helped apprehend poachers, tracked injured wildlife, resolved disputes over theft, and reunited lost children with their families.

Together, our dogs and their handlers make a disproportionately large contribution to our anti-poaching and conservation goals. In addition to directly intervening in incidents, the mere presence of the Dog Unit acts as an invaluable deterrent to potential poachers. It is hard to know the number of animals that are alive because a potential poacher decided not to kill for fear of being tracked by the dogs and their famously powerful noses. But through our intelligence network, we have reliable information that the dogs’ presence absolutely factors into poachers’ decision-making processes, and that the dogs have increased the threat of arrest to the point where the risk is too high for many.

The Dog Unit is led by Sergeant Mutinda Ndivo, who has overseen the unit since 2012. He’s passed much of his knowledge along to the other four human members of the Dog Unit: Jonathan Mopia, Joel Kuyan, Peter Mulinke, and Raphael Merin.