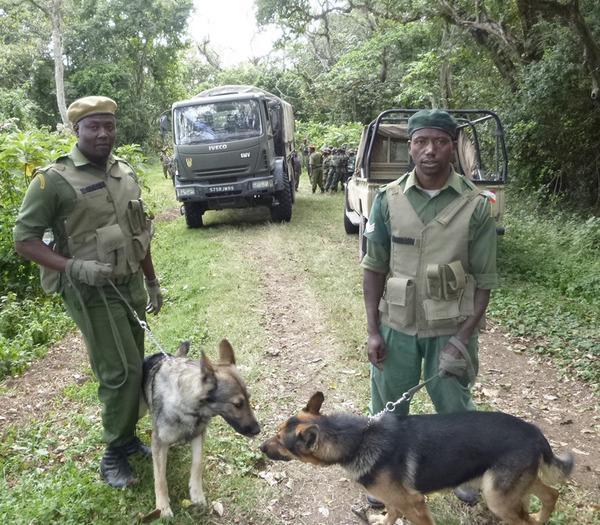 The unit has become so popular that Tanzania National Parks (TANAPA), the Wildlife Division, the Police, and even the military have requested the assistance of Rocky and Jerry.

For example, in October 2013, the unit came to the aid of a successful crackdown on illegal logging in Arusha National Park. Earlier this year, they tracked down a poacher from Manyara Ranch to a bus in Arusha.

“I love working with Rocky and Jerry. They are my friends,” said Lembris Kephas, Big Life's anti-poaching sergeant and head of the tracker dog unit. “They also make our jobs much easier.”

For Big Life, this has led to stronger teamwork and information-sharing among anti-poaching forces and conservation groups throughout northern Tanzania.