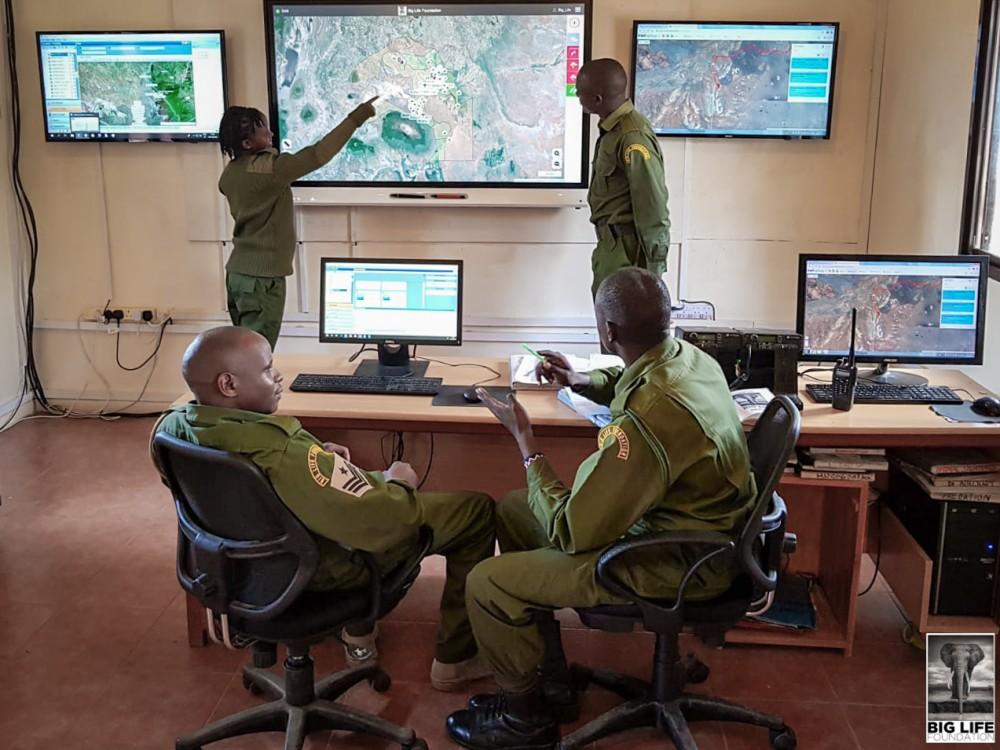 Protecting wildlife in Africa is not a game. It’s a serious endeavor with high and dangerous stakes. But to be strategic in defeating trafficking, poaching, and other wildlife crimes, it’s a bit like a chess game, and we always need to be thinking 10 steps ahead.

And Big Life has a lot of chess pieces to move including 40 ranger units, 14 vehicles, and 2 airplanes. Coordinating these across the 1.6 million acres where we work in Kenya is no easy task. Or at least it wasn’t, until now. Big Life recently partnered with WildAid, Vulcan Inc, and Kinetic Six on a complete overhaul and modernization of our radio communication systems, including a new ‘nerve center’ for controlling all Big Life operations.

These improvements mean that we are able to implement exciting new computer software called DAS, which stands for Domain Awareness System. This platform allows us to see Big Life’s world on one screen, including real-time locations of all of our ranger units, vehicles, aircraft, and tracker dogs. Now, when an incident occurs, the radio operators can control the response from start to finish, calling in the closest units and guiding them straight to where they need to be.

This proved crucial recently when a ranger on patrol was charged and hit by a rhino, which punctured both of his legs and broke one. The Big Life radio room was able to pinpoint the team’s location without delay and the Sheldrick Wildlife Trust helicopter flew directly to the injured ranger, delivering him to hospital mere hours after the accident.

Beyond this application for ranger safety, the new DAS system ultimately means improved law enforcement response and particularly for our intelligence department, an increased number of arrests of sellers, brokers, and traffickers involved in illegal wildlife trade throughout Kenya.

We’re thrilled to be implementing this system thanks to our partners and becoming established as a “center of excellence” for wildlife security in East Africa. And it means that we’ll be staying ahead in the dangerous game of wildlife protection.