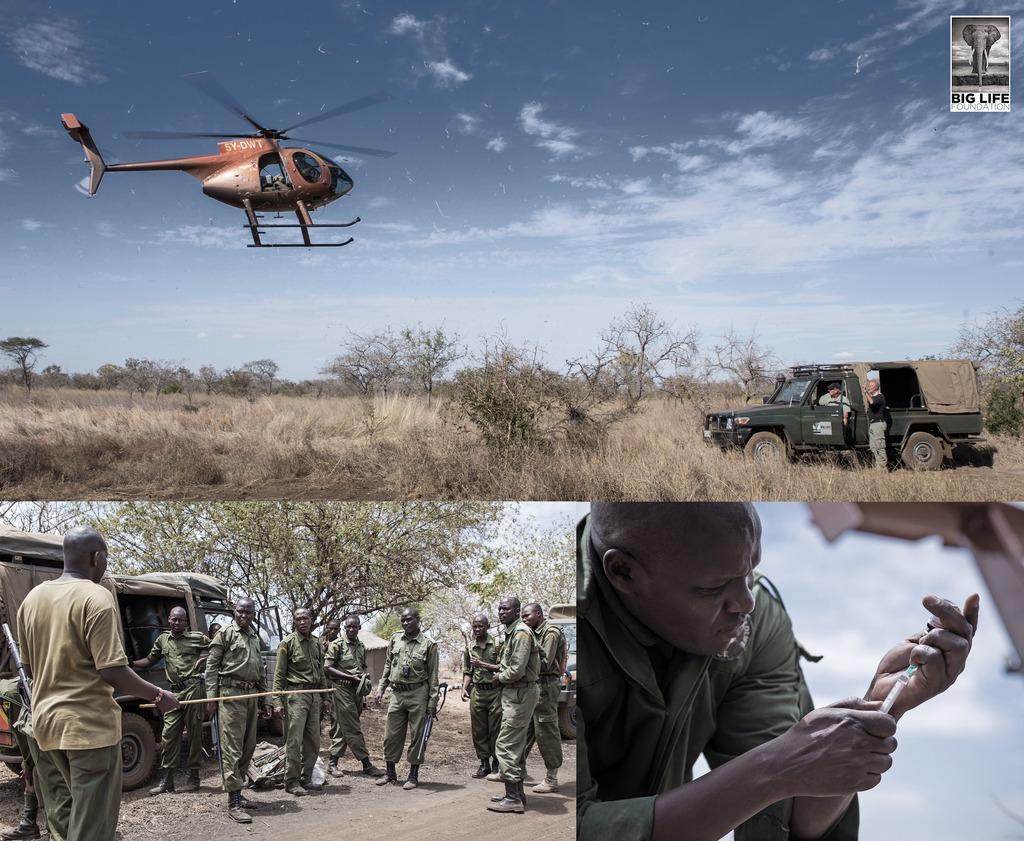 Yesterday at first light, Big Life launched an all-out search and rescue effort after the alarming discovery of a camera trap image showing the little rhino calf, Bahati, with a poacher's snare digging deeply into his neck.

A year ago, Bahati’s mother was shot and killed by poachers. Against all odds, Bahati escaped with a gunshot wound to the neck and somehow managed to survive on his own, earning him the name Bahati, which means “good luck” in Swahili.

Today, the search continued. The team was up before the sun. Forty rangers from Kenya Wildlife Service and Big Life Foundation, with one animal’s face and name on their minds: Bahati, the rhino calf who had spent another night alone with a snare digging ever deeper into his neck.

The rangers split into patrol teams and headed off into the dense bush. A vet and helicopter were both on standby, ready to move at a moment’s notice.

Not long into the afternoon, they made a small breakthrough: tracks, undoubtedly belonging to Bahati. The tracks were fairly old, having been left sometime in the early morning, but were still a strong sign of hope, an indicator that Bahati is still alive.

Buoyed by this success, the rangers pushed on. Eventually, they reached a patch of dirt with tracks showing that Bahati had only just left, probably after catching their scent. Because it was now too late to get a helicopter in the air, the rangers pulled back, so as not to frighten him further.

Unfortunately, Bahati will spend another night with the snare around his neck. But to be so close to him was a big step forward. The rangers have narrowed down the search area, and will have a fixed starting point from which to track tomorrow morning, when the whole process starts again.

Lala salama, little Bahati. We will not give up until we find you.

Click here to read about Day One of this collaborative search and rescue effort.