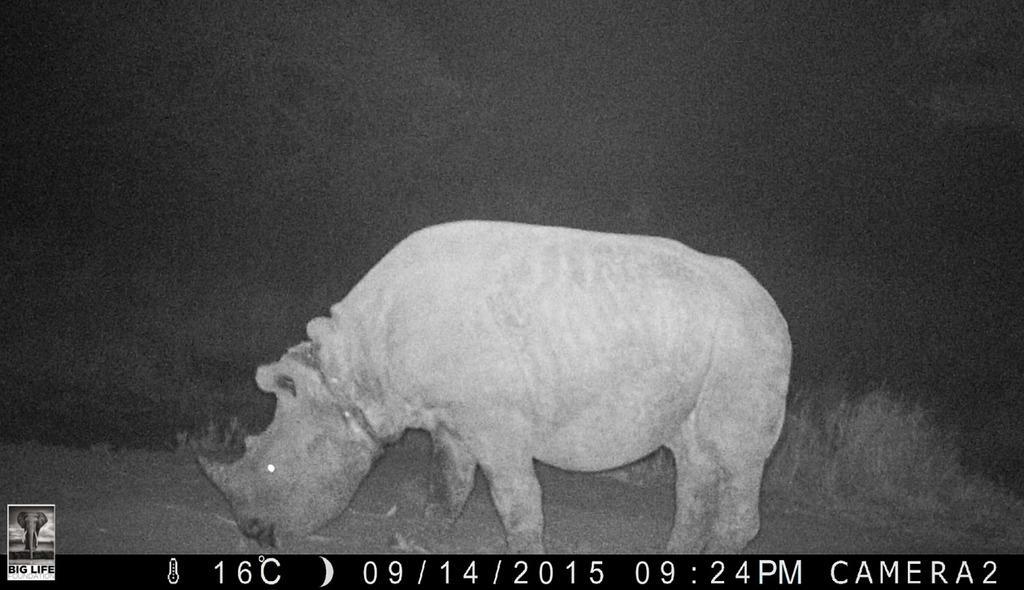 Last year, poachers shot and killed this young rhino’s mother, hacking off her horns. He took a bullet in the neck that night, but somehow managed to escape into the darkness.

We were sure that if the bullet wound didn’t kill him, at his very young age the elements would. In the end, neither did. He was named Bahati, meaning ‘good luck’ in Swahili.

Since then, we have watched him grow up, via images caught on camera traps, from his initial recovery from the bullet wound to his stumbling attempts to form social bonds with other rhinos.

Yesterday, one of the same camera traps provided distressing news - Bahati has a poacher’s snare around his neck. It’s a snare targeted at rhinos, made of thick cable that would have pulled tight around Bahati’s neck as he walked through it. Somehow, after what must have been a horrendous struggle, he was able to snap the cable; a testament to the character of this rhino.

However, in the process of fighting and breaking the snare, the cable has dug deep into his neck, and if we don’t find him in time to remove the snare and treat the wound, Bahati will die.

The Kenya Wildlife Service (KWS) was quick to react on the news, and rangers from both KWS and Big Life flooded the area this morning, searching relentlessly all day. Having found fresh tracks, the Tsavo Trust and David Sheldrick Wildlife Trust stepped up immediately, providing an additional spotter plane and helicopter.

Pilots and spotters spent the afternoon flying tight transects over the area where we suspect Bahati to be, the vet ready with a dart gun.

Unfortunately, Bahati has not yet been found in the thick bush. The teams have headed back to base for the night, and somewhere out there, Bahati continues his struggle in increasing pain.

Tomorrow at first light, the tracking process will start again. It is heartening to see so many from different organizations coordinating the search. This might take days, or it might take weeks. There is no telling what the outcome will be, but no ranger on the job will rest until we have found Bahati. This little rhino deserves every bit of help we can give him.