RHINOS DOING IT FOR RHINOS 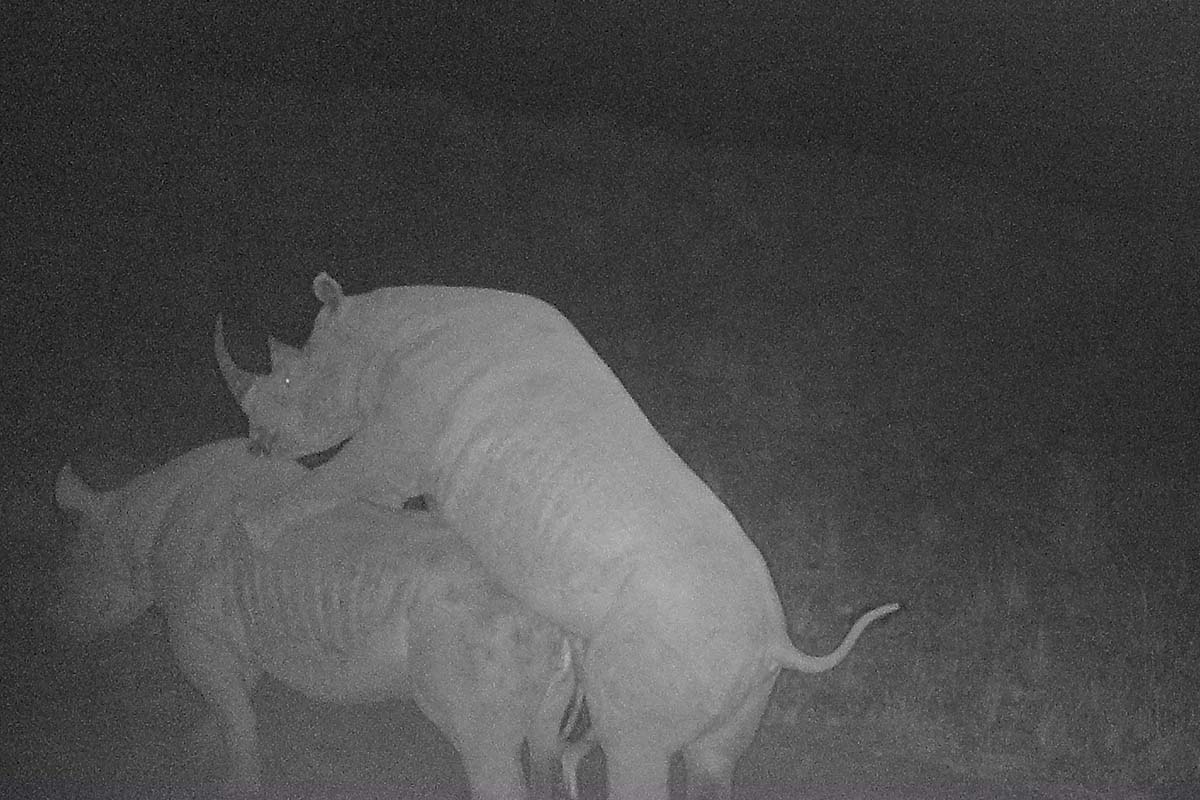 We respect every rhino’s right to a bit of privacy, but this is just too exciting not to share.

The Eastern black rhinoceros is in dire straits. Poachers have decimated the population, which plummeted from about 100,000 animals in 1960 to just over 6,000 in 2021.

The population of black rhino in the Chyulu Hills has suffered a similar fate, currently with only seven individuals. Big Life’s rhino protection teams work closely with the Kenya Wildlife Service (KWS) to provide these special rhinos with round-the-clock protection, but we can’t force them to breed. So imagine our excitement when checking a camera trap to find these two doing their bit for the preservation of their own species.

As a result of the thick bush and small number of individuals, Chyulu rhinos are almost never seen. In 2021, Big Life’s rhino teams patrolled nearly 17,000 kilometers (that’s more than the distance from the northern tip of North America to the southern tip of South America), and saw rhinos in the flesh only eight times. In the first half of this year, they have only seen one.

So just catching one on camera is exciting. But given that females only reproduce every two-and-a-half to five years, to document a mating event is almost unbelievable. Even more exciting is that this is the first decent photo captured of an enigma that we named Lari, a rhino that we suspected existed, but never had good enough pictures to prove it.

Seven rhinos is not a lot, but what we do have is the potential to support a lot more in the 75,000 acre ‘rhino area’ that we partner with KWS to protect. Future translocations to the area will provide a boost, but in the meantime these seven will be the spark that kickstarts a much bigger population. We’re excited about that, and these two clearly are too. Now we have to wait and see if it worked out in about 15 months.

We are grateful for our supporters around the world for supporting the critical conservation work of our rhino protection teams, including our partners at Chester Zoo and US Fish and Wildlife Service.