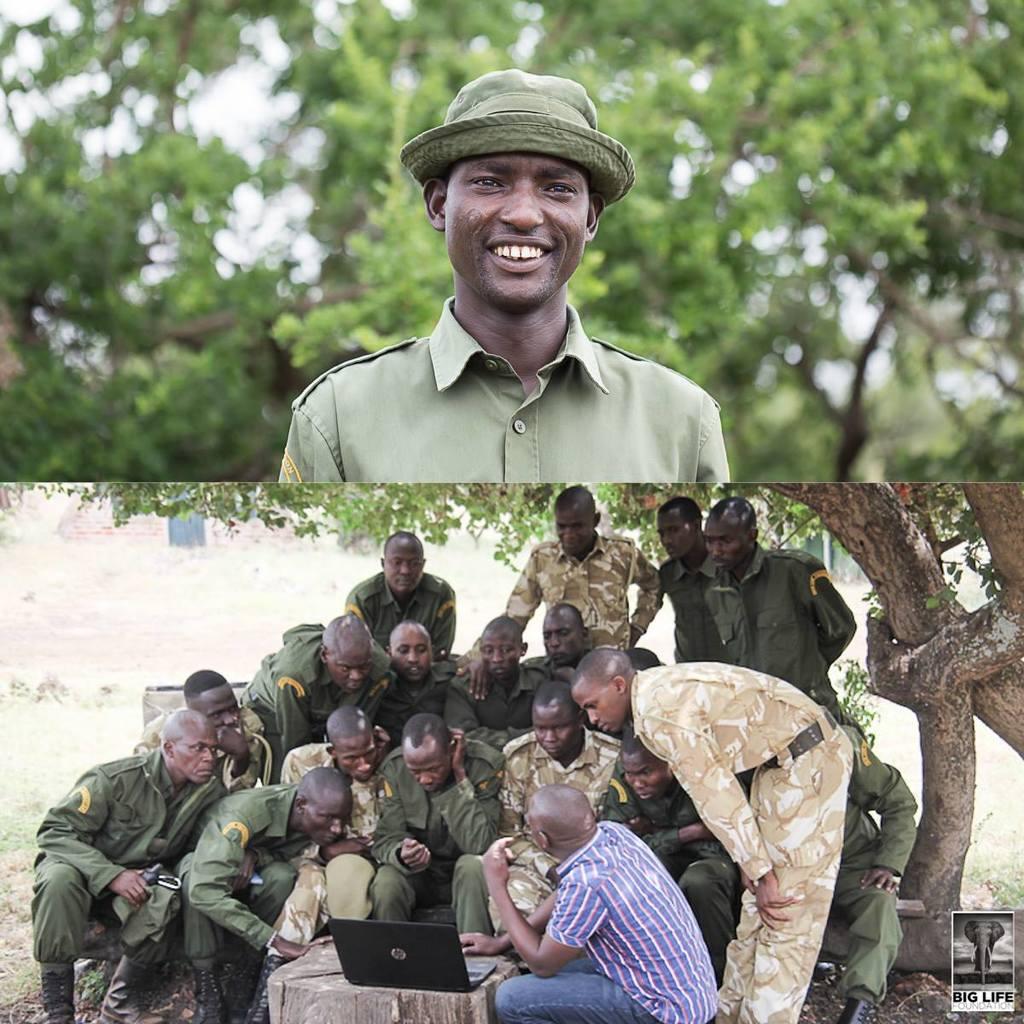 The place is like a lost world, inhospitable and untamed. Every bush has thorns that tear at unclothed pieces of flesh; the volcanic rock underfoot is sharp as razors and eats ranger boots for breakfast.

This is the world that Kipalero Lenkilasi and his team spend their days protecting. It is home to a small and secretive population of Eastern black rhino that few of them have ever even laid eyes on.

It takes a lot of effort to protect something that you can’t see, and even more dedication. The men working in this area have the second in spades, and put in huge amounts of the first. And thanks to a growing partnership with Zoological Society of London, we are increasingly recognizing them for the work that they do, something that goes largely unnoticed by the rest of of the world.

The first ranger to receive this award was Kipalero Lenkilasi (image top), who started off as a cook and later became a ranger, working his way up into a senior leadership position in his unit. It is men like Kipalero that dedicate their lives to protect the treasures of our natural world, something that deserves some thought this week leading up to World Ranger Day on July 31st.