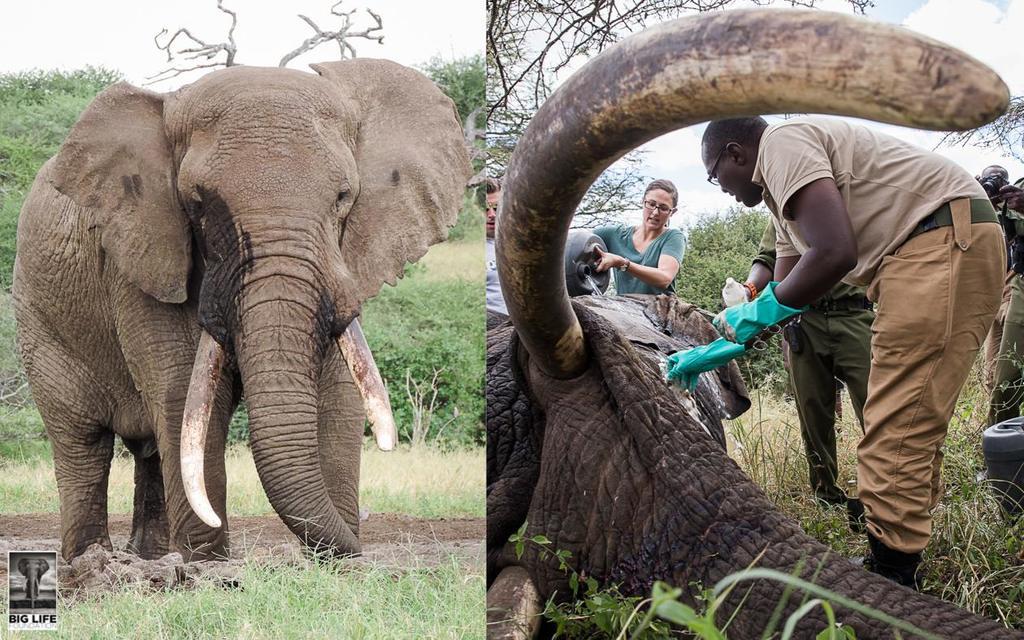 The message went out at 11am this morning - a huge bull elephant at the Ol Donyo Lodge waterhole with a deep gash on his face.

Big Life rangers moved in to watch him, and track him if he left the water. Luckily the Kenya Wildlife Service and The David Sheldrick Wildlife Trust vet team was in the air not far away and changed course immediately, and it wasn’t long before the thump of helicopter blades echoed off the Chyulu Hills.

The vet darted the elephant from above and the pilot coralled him until the drugs took effect, keeping him away from the dense lava forest. The bull went down, but unfortunately on the wrong side.

It eventually took two land cruisers to pull the giant over, and the vet was able to access what was the worst of three wounds. The hole was about 45cm deep, almost certainly the result of a spear, and already infected and alive with maggots.

The vet treated and cleaned the wound, finally plugging it with healing clay. A last jab reversed the anaesthetic and the bull rose slowly before making his way off into the bush. The time was 2pm, just 3 hours after the injury was first identified.

We aren’t sure where this bull was speared, or why, but there have been an increasing number of elephants injured as a result of conflict with farmers. Big Life is working on long-term solutions to this problem, but for now, thanks to quick responses and teamwork this beautiful animal will continue his life here in the Amboseli ecosystem.