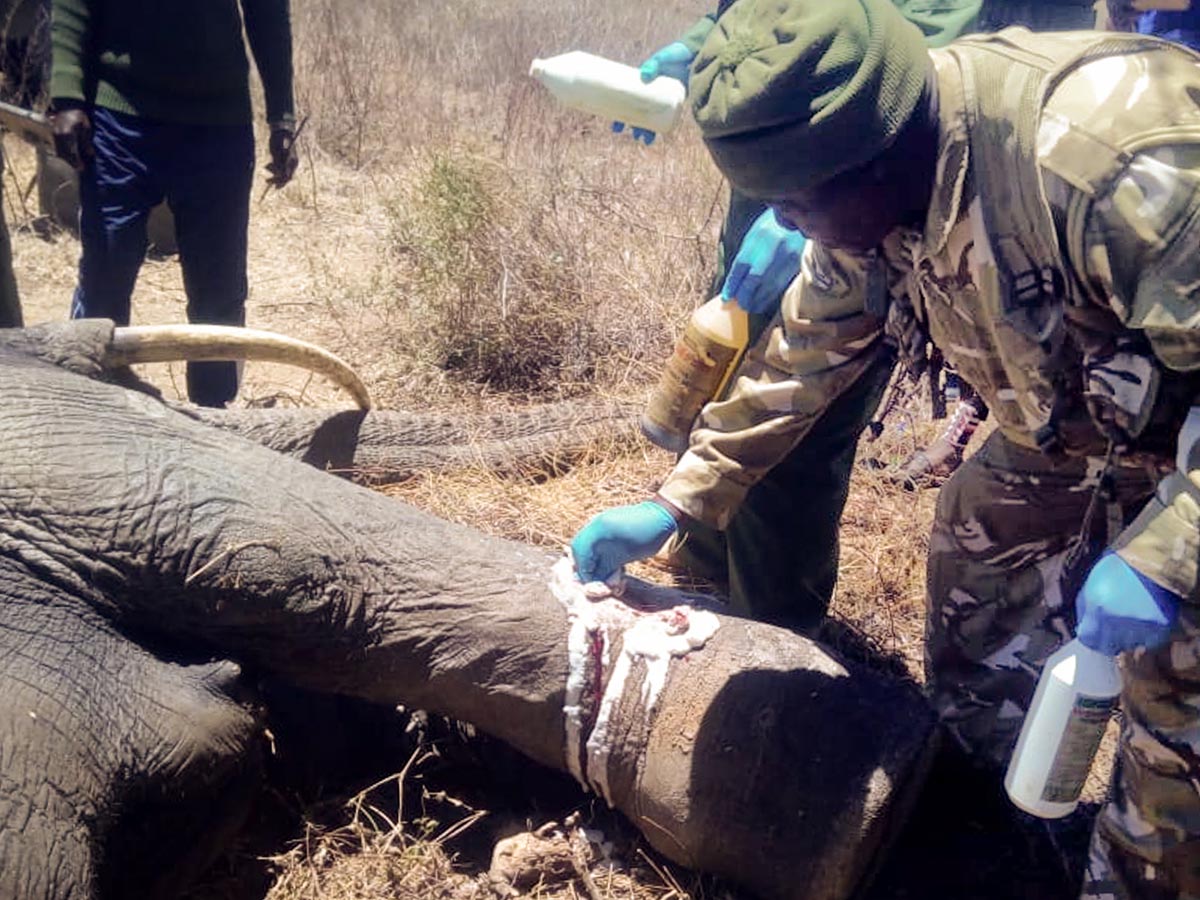 Treating an elephant for an injury is never an easy proposition. But it’s especially challenging when the elephant is a mother with a calf in tow.

A community member on Eselengei Group Ranch noticed the elephant was limping and placed the call to Big Life for help. Rangers were on scene in short order and confirmed what appeared to be a spear wound on its right foreleg in need of medical intervention.

While Big Life rangers waited for the Sheldrick Wildlife Trust-funded vet and Kenya Wildlife Service rangers to arrive from Amboseli, they were joined by rangers from Porini Camp to monitor the situation. Once the vet was on site, they coordinated to use a ranger vehicle to gently separate the young elephant from its mother so that she could be treated.

The entire operation went smoothly, and she awoke quickly, eagerly reunited with her calf, and lumbered off into the bush.

In the midst of all this, however, a fire had broken out on Eselengei that called the rangers away. Thanks to them, the fire was quickly contained.

We’ll continue to keep an eye on the elephant to make sure she recovers fully. It’s all in a day’s work for Big Life’s community rangers in East Africa.