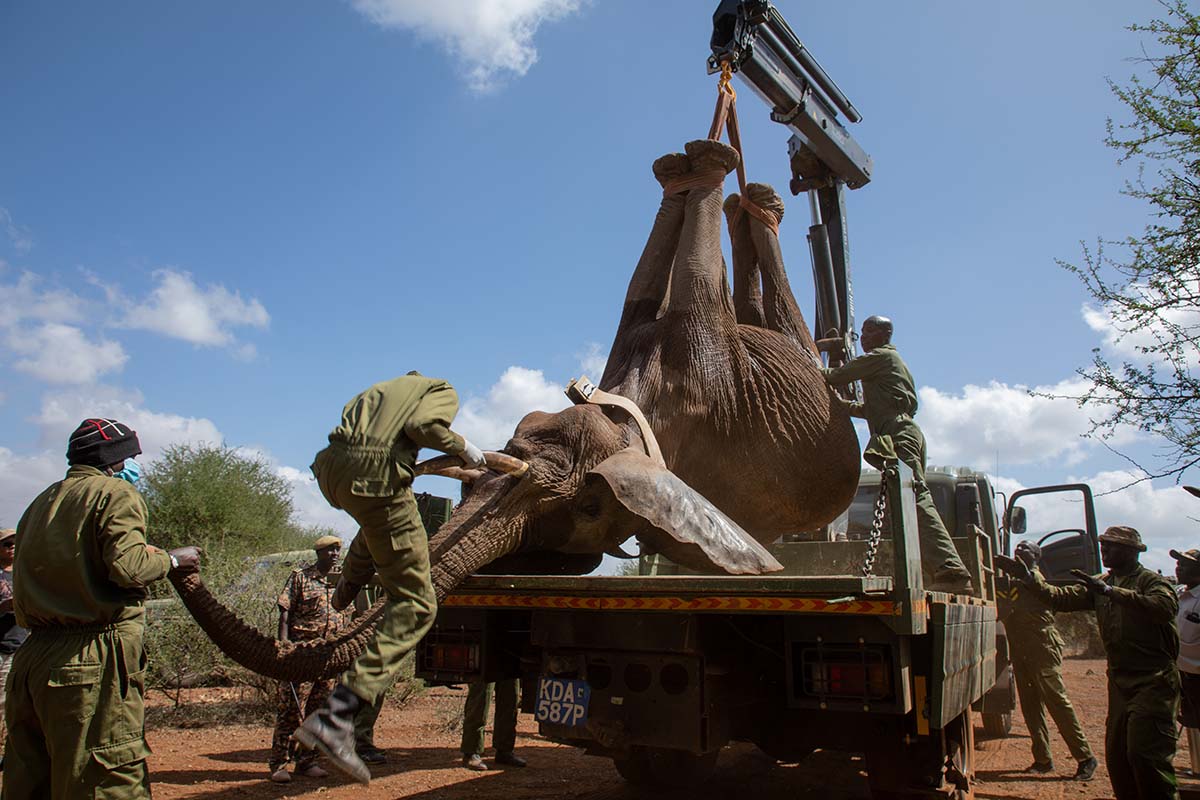 It’s a worst-case scenario. This week there was a deadly human-elephant interaction in the ALOCA conservancies involving an elephant mother, her two calves, and a local herder. The herder tragically did not survive.

After much consultation, Kenya Wildlife Service (KWS) determined that the best course of action would be to move the family to Tsavo East National Park, where they would have less chance of further human interaction.

Big Life rangers monitored the small group for three full days after the tragedy, keeping the elephants safe and preventing further incidents until the enormous Jurassic Park-style transportation trucks could arrive to relocate them.

The Sheldrick-funded Amboseli mobile vet unit was joined by KWS vets, trucks, and a helicopter from Nairobi. Relocating an elephant family does not happen often and is only done when absolutely necessary. Everyone from the nearby villages gathered to witness the impressive undertaking.

KWS led the operation with Big Life rangers on hand to provide support. Big Life’s Chief Operating Officer, Craig Millar, helped to spot and herd the elephants to more accessible terrain with the airplane and it wasn’t long before the KWS vets had successfully darted all three elephants.

With the elephants sedated, a team from Amboseli Trust for Elephants was able to take body measurements and DNA samples as well as fit the mother with a tracking collar to monitor her future movements. After a few short hours all three had been safely loaded and sent on their journey to Tsavo East, where it is hoped they will thrive.

These severe incidents of human-wildlife conflict are complex and emotional; we sympathize fully with family of the deceased, and thank everyone involved in the professional response. 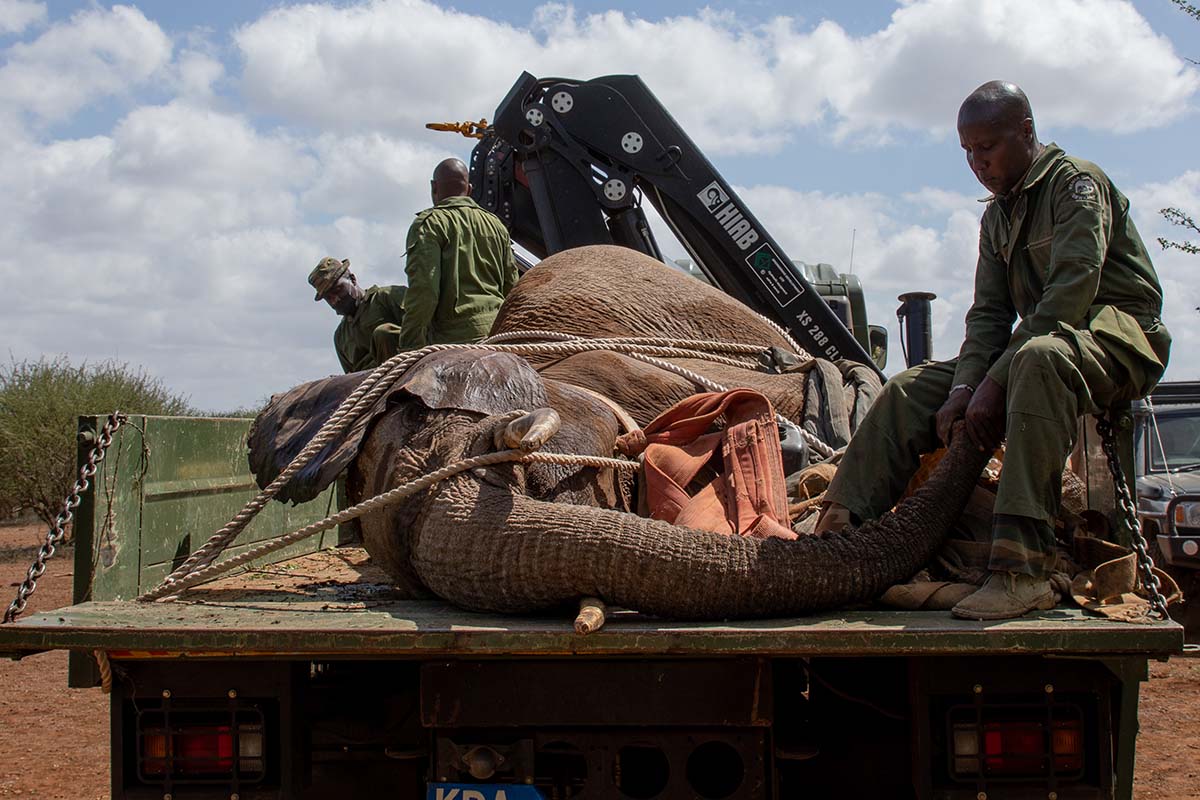