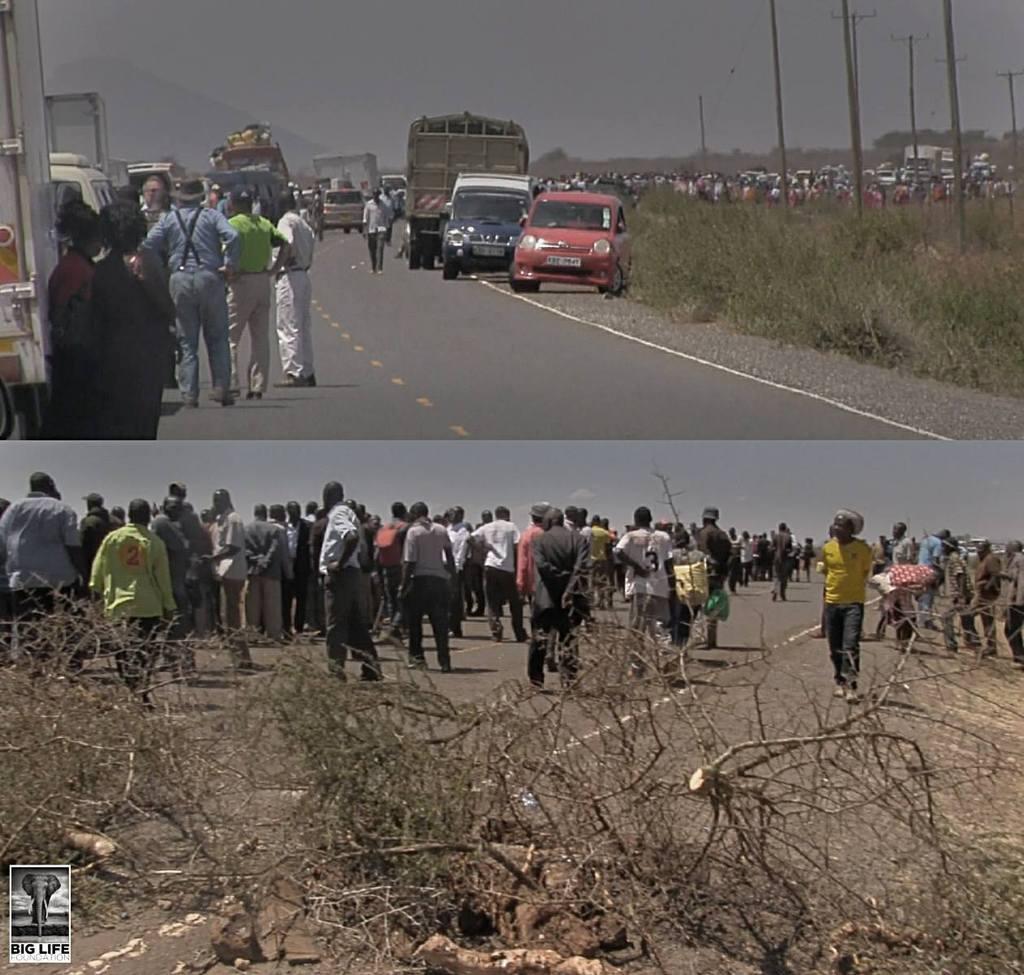 Last week, a double tragedy struck on the northern edge of the Amboseli ecosystem.

A herd of elephants, driven by the unusually dry conditions that we are experiencing here, strayed into an area that has not had elephants for nearly 35 years. They were in search of water, and found it in a dam dug by a family on their small farm to irrigate crops.

The family could not afford to let the elephants have the last water from the fast-drying dam and tried to push them away, but things turned nasty quickly, and in the mayhem a man was killed.

Residents threatened severe retaliatory action against ALL elephants if the offending elephant was not put down.

KWS and Big Life rangers tracked all day but were unable to catch up with the fast retreating animals, and things turned sour as time wore on. Emotions were running high, and the community decided to draw attention to their plight by blocking a main road to demonstrate.

The road remained blocked for most of the day, until a high-powered delegation from KWS, the County Government and even parliamentary representatives arrived in a KWS helicopter. The helicopter was immediately dispatched to help the rangers, and with the help of a community member, the elephant was found and put down.

This placated the demonstrators, and after KWS and the Governor reassured the crowd with promises of compensation and deployment of rangers to try and deter further ''invasion'', the crowd dispersed and road reopened.

Sadly, life will never return to normal for the family concerned, and the problem will not go away. The days of having soft borders between human habitation and wildlife are dwindling fast, accelerated by the expanding human population that is engulfing wildlife habitat almost on a daily basis.

As I write, Big Life is working with KWS to look into options to dig dams in conservancies nearby this conflict area. This will hopefully alleviate the problem… yes, it’s one of those band aid situations, but the long term solution needs to be a wildlife fence to demarcate a hard boundary that wildlife will not be able to cross.

In the meantime, Big Life can only send their condolences to the family.