A TRAGIC WEEK FOR ELEPHANTS AND PEOPLE 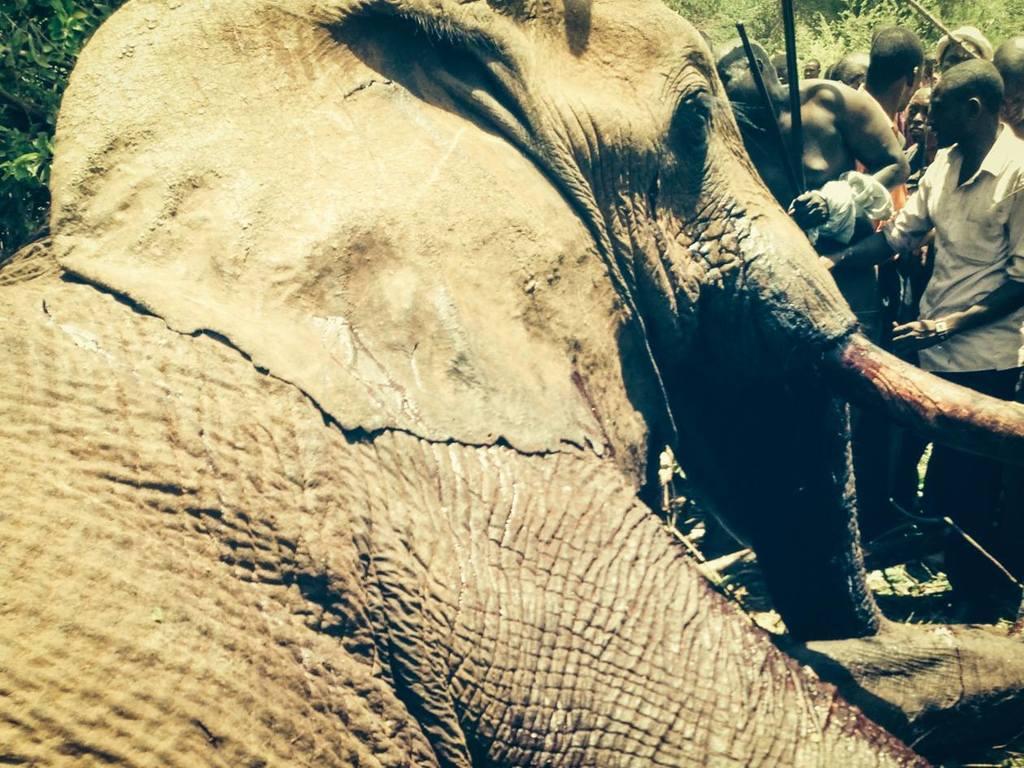 We have known for a while that human-wildlife conflict was going to be the challenge for Big Life going forward. This last week has made it painfully clear how true this is.

First, Big Life rangers spotted an elephant leaving a trail of blood after it raided a farming area on the slopes of Kilimanjaro. This started a sadly all-too-well-practiced procedure to call in the David Sheldrick Wildlife Trust and Kenya Wildlife Service vet to tranquilize and treat what turned out to be a spear wound. At first, the prognosis looked good, but after a couple of days, infection set in, and despite another treatment, the poor animal died.

It is hard to blame the farmers who delivered that mortal wound, as they were trying to protect their only means of income. This adds to our belief that a long-term answer to this growing conflict is an electric fence that will define a hard boundary between wildlife and people—keeping both safe.

What came next was even worse. On the other side of the ecosystem, a four-year-old boy was walking home from school with two older siblings when they bumped into an elephant on the footpath. The children panicked and ran, but the toddler could not keep up, and the elephant knocked him into a ditch. He later died in hospital.

The loss of a child triggers what are probably the most powerful human emotions, and the men reached for their spears. By the next day, one elephant was dead, four warriors were in hospital, and two others were slightly injured.

There are many questions that this tragic incident brings to the surface, but it is clear that the future of wildlife in this ecosystem, and across Africa, will depend on how we can reconcile the competition between humans and animals for space and resources. Otherwise, it is a battle that wildlife will surely lose.

In the meantime, all that Big Life can do is to try to assist the grieving family during this difficult time. Nothing can replace a child, but as a meaningful gesture, we would like to raise a scholarship fund to help with the education of the brothers and sisters of this lost boy, and those affected by these tragedies in future. If you are able to contribute to this, please go to the donations page on our website, and include a comment, such as “Wildlife conflict scholarship fund” to indicate that the donation is for this purpose.