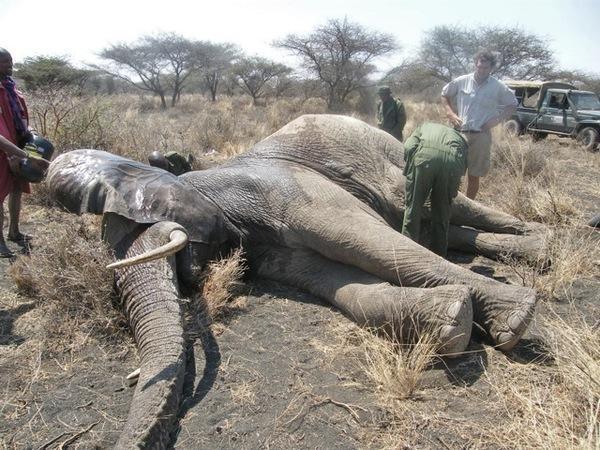 Every night at this time of year, 40+ Big Life rangers all over the ecosystem respond to incidents of elephants raiding farmers’ crops. This is an ongoing upward trend, with a bigger portion of Big Life’s budget, manpower and overall operations going towards handling these incidents.

Whilst poaching is still the major threat to Amboseli’s, Kenya’s and Africa’s elephants, Human Wildlife Conflict is responsible for more elephant deaths this year than any other cause in the Amboseli ecosystem.

Big Life is urgently trying to increase its capacity in this regard, through collaboration with a variety of organizations, fundraising and the establishment of dedicated PAC (Problem Animal Control) teams to protect the farms and farmers from the elephants and of course vice versa.

Big Life teams across the ecosystem have been reporting an increase in crop raiding by elephants in the last month, and all teams had been warned to be on the lookout for injured elephants, which is the likely result of crop raiding.

Sure enough before long, the Headquarters team reported two young bulls in the Chyulu Hills area with spear wounds probably wounded in the same incident, after which they had walked the 50 kilometers to the area they knew was relatively safe, without too many humans.

It was already late in the evening and there was no time to treat the elephants, so plans were made to find the elephants early the next day to allow a vet to be called in. Thanks to the SkyVet program, we knew a vet would be available and be able to reach us very quickly. (SkyVet is a collaboration between KWS and The David Sheldrick Wildlife Trust (DSWT), which facilitates the rapid mobilization of a wildlife vet to any area of Kenya where they are needed, a fantastic program that supports conservation efforts throughout the country.)

Early the next morning one of the elephants was found with a small group of larger more mature bulls, which complicated things. But the call was made, and within 3 hours a helicopter with a vet and all the necessary equipment arrived.

Within two minutes the injured bull had been darted and began to slow down. Unfortunately the other elephants took on a protective role and wouldn’t leave him to be treated! Elephants are now well known for their social behavior and compassion, but it was still an amazing sight to see a Chyulu Hills bull shielding the young bull and even supporting him as the drug began to take effect. The helicopter was called in again and Peter Achammer, the pilot, managed to herd the two larger bulls away as soon as the injured bull went down. 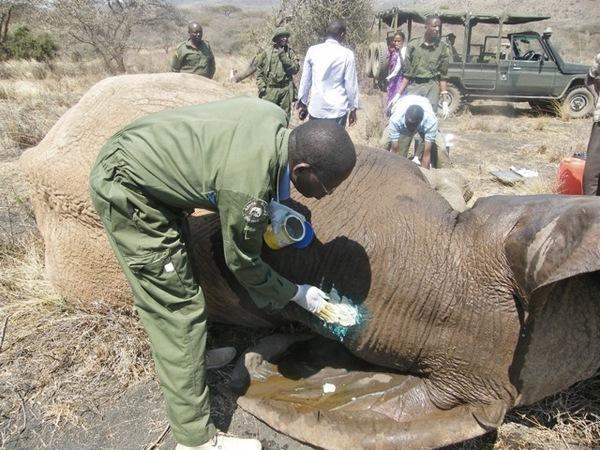 The treatment was administered quickly and effectively by the team, and within 5 minutes the elephant was up and chasing after his friends. As soon as he joined up with the other two, the helicopter started to search for the other injured bull, but no luck. With fuel running low, plans were made to keep looking on the ground and for the process to be repeated the next morning.

Early the next morning, Big Life rangers were patrolling again at first light. Within an hour the second elephant had been located and the call was made. Unfortunately the helicopter was already at work in the Mara, but DSWT quickly organized a plane to bring the vet.

The elephant had moved into thick bush, where cars would be unable to reach him. Going in on foot is dangerous but more importantly it’s easy to lose the elephant after darting while he was still awake and running, which meant a run after him through dangerous bush while carrying 100 liters of water and a lot of elephant-sized medical equipment!

The dart went in without a problem, but it took a full 25 minutes before the elephant was found - sound asleep and snoring. The Big Life team and the vet know the treatment process quite well, and within another 5 minutes the elephant was treated and woken up.

The speed of the treatment is important: the longer the elephant is under, the more dangerous it becomes for him, but we had managed it in well under the maximum amount of time.

Both elephants have remained in the area and are doing well. Big Life will continue to monitor them, but so far it looks likely that both will make a 100% recovery.

Thanks to the ground team of rangers, the David Sheldrick Wildlife Trust and KWS for their assistance in successfully treating these elephants. 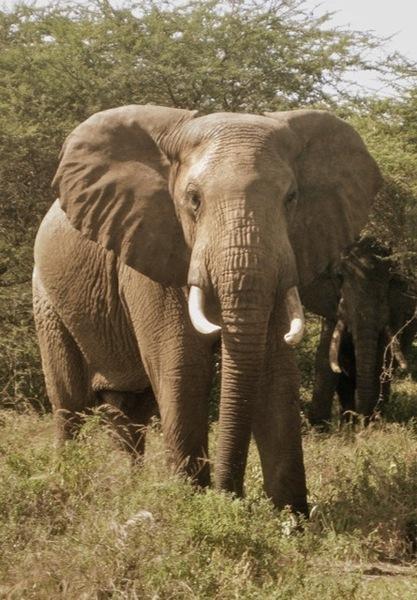