AN ELEPHANT CALLED TIM (& A SPEAR THAT CAME SO CLOSE) 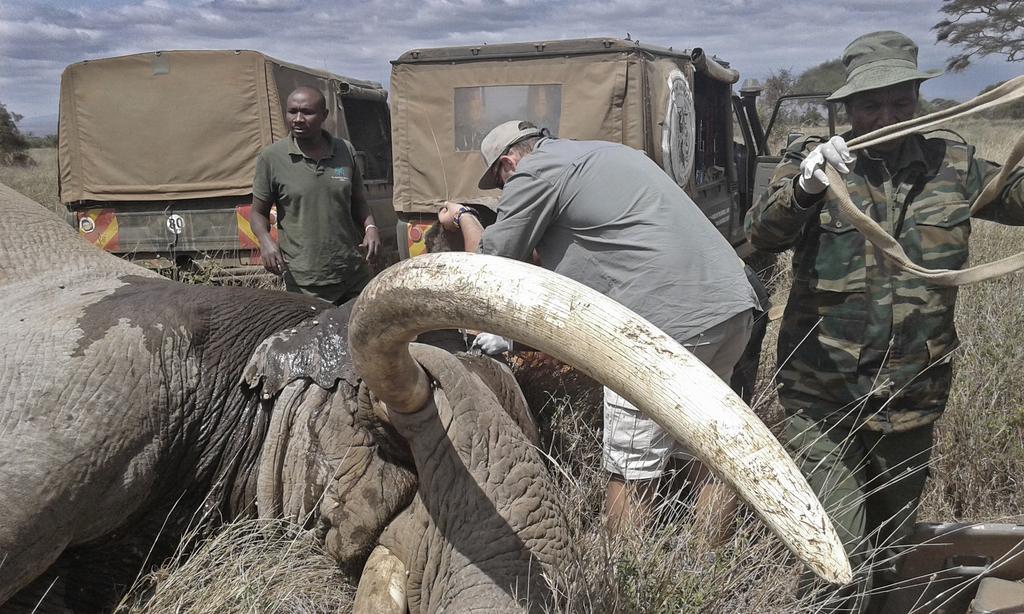 In hindsight, not the best name to have given to the calf that grew into Amboseli’s greatest elephant. But Tim, in all his current glory, the biggest tusker in the ecosystem, is his name.

It is because of the size of Tim’s tusks that Big Life’s rangers keep an extra eye on his whereabouts. We ensure that we have a team in the area for security and conflict mitigation..

Last week, the call came through that Tim had run the narrow gauntlet through the Kimana Corridor, a critical area becoming increasingly constricted - down to less than just 1 km in places - by agriculture and development, into Sidai ‘Oleng Conservancy.

Big Life immediately deployed a mobile unit to the area to support the conservancy’s own ranger efforts. When Tim left the sanctuary, going further east than normal and late at night, the unit missed him in the dark.

The following day, Tim was spotted towards sundown with a piece of metal sticking out at right angles from his left ear.

After three hours, Tim was spotted from the air. Thanks to the fantastic response of everyone involved- along with Big Life, ATE, KWS, David Sheldrick Wildlife Trust, and Tawi lodge- enough manpower and vehicles were on hand to quickly and safely roll Tim onto his correct side for treatment.

To all our relief, the spear wasn’t poisoned, and had gone through the ear and merely scratched the skin underneath. Within five minutes, Tim was up and heading back to the swamps in the middle of Amboseli. Thanks to all our partners in the area who joined in to support the search, for now, Tim is safe.

However, this is a clear illustration that the Kimana Corridor has become an increasingly high-pressure area. The conflict between man and elephant has become more significant than poaching now, such is Big Life’s success in the area at reducing that.

A couple of weeks ago, Big Life made a matched-funding appeal for the funding of a 40km fence - a life-saving line of protection - along the edge of the farmland, to keep the elephants and man separated and safe from one another.

This, along with land leasing, is critical to the future of the survival of Tim, the other elephants, and the Amboseli ecosystem.

To read more about the fence please go to:

You can help the elephants and ecosystem by contributing to that fund today at
biglife.org/donations