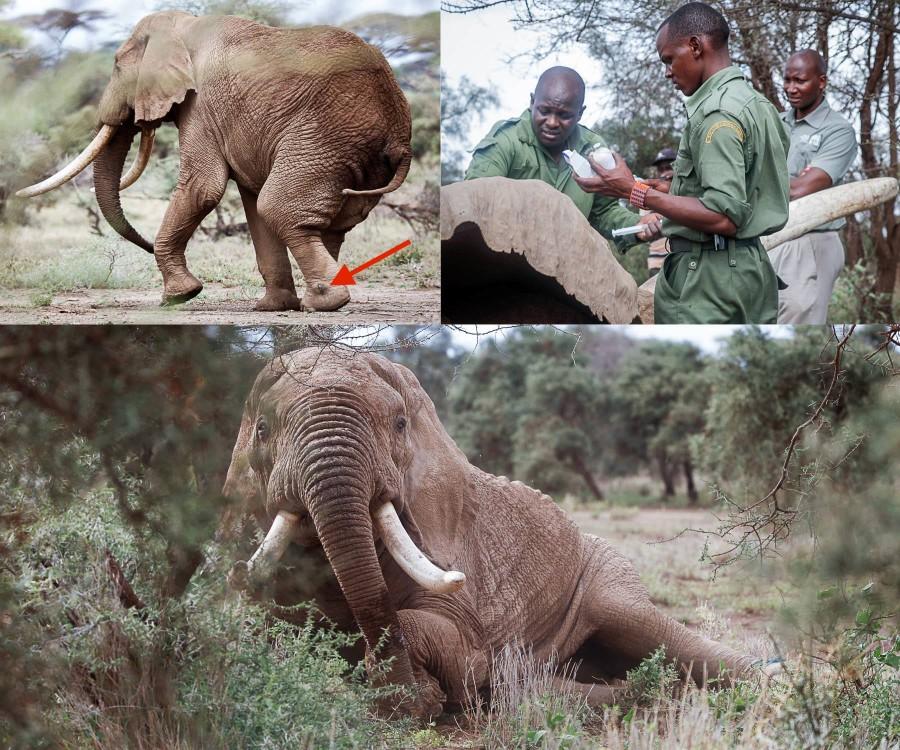 Another day, another pop of the dart gun. Ulysses is only 39 years old, but has already heard it twice.

Our partners in conservation, the Amboseli Trust for Elephants, have followed him since birth in 1979. A happy journey until the first farmer’s spear hit home in 2016. The treatment went well, but the wound was badly infected and we weren’t sure that he would make it.

Thankfully he did, but we find ourselves in the same awful situation less than two years later. He was spotted by a guide from Great Plains Conservation, barely able to walk and clearly in extreme pain.

Ulysses was tranquilized for a second time by the The David Sheldrick Wildlife Trust-funded Kenya Wildlife Service vet unit, and again the wound proved to be a bad one. A sharp object, most likely a spear delivered by an irate farmer, had penetrated all the way to the joint. The vet did what he could and the teams left Ulysses a little confused, but on his feet.

Since then Big Life rangers have been trying their best to keep an eye on him, a task complicated by the dramatic rainfall over the past three weeks. But the good news is that he is still alive, and that a ranger team has reported that he appears to be moving more normally.

Sadly, this situation is the new normal. Ulysses’ treatment follows that of Tolstoy, another one of Amboseli’s rare big bulls, only a few weeks prior. These special elephants are under threat, less from poaching and more from conflict with regular people: farmers just trying to make their own living.

A barrier around farms is the only option, and we are seeing remarkable success following the completion of a first phase of electric fencing. Phase 2 is underway, but we’re working against the clock here. It’s only with luck that previous spears have missed their fatal mark, and only a matter of time before that luck runs out.