KEEPING THE (UNINVITED) ELEPHANT OUT OF THE ROOM 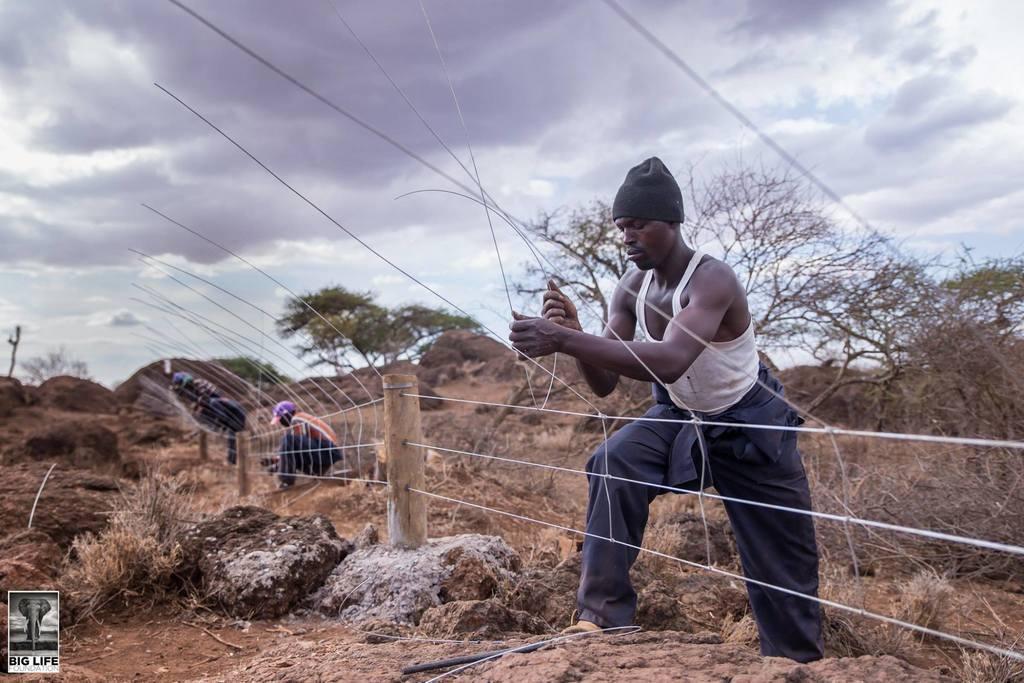 There are some places where elephants just don’t fit in. Taking an elevator to the top of the Empire State Building for instance, or chewing on the Queen’s tulips in the Buckingham Palace gardens. They are even less welcome in the smallholder farms across the Amboseli ecosystem, where farmers spend nights in fear of losing an entire season’s produce.

Elephants are getting speared for the trouble they cause, and community tolerance of their presence has been running out fast. But fortunately there is a solution to the problem. The local community came to Big Life with a simple idea, and a request for help. They wanted to raise the capital to build an electric fence to keep their crops safe from elephants. The idea has the added bonus of also keeping the elephants safe from farmer’s spears. Everyone in the ecosystem got behind the idea.

So this summer, Big Life put out an appeal to its donors - $400,000 to construct Phase One, the first 40 km of this critically important line of protection. Our donors came through for us again. The idea became reality.

As a result, there are two fence construction teams currently working non-stop to complete what is now going to be closer to 55 kilometers of fencing as soon as possible, and 25% of the total distance is in various stages of completion. The most critical section will keep a migratory corridor open for wildlife where farms are rapidly narrowing the gap.

The fence is specifically designed to resist the attention of elephants - low and sturdy with electrified wires jutting out to prevent an elephant getting close enough to push the fence over.

This is just the start, and if we want a long-term future for elephants in Amboseli, then we will need to support further barriers. But where the fence is currently being constructed, farmers will be able to sleep at night, and elephants will be restricted to those places where they are more welcome.