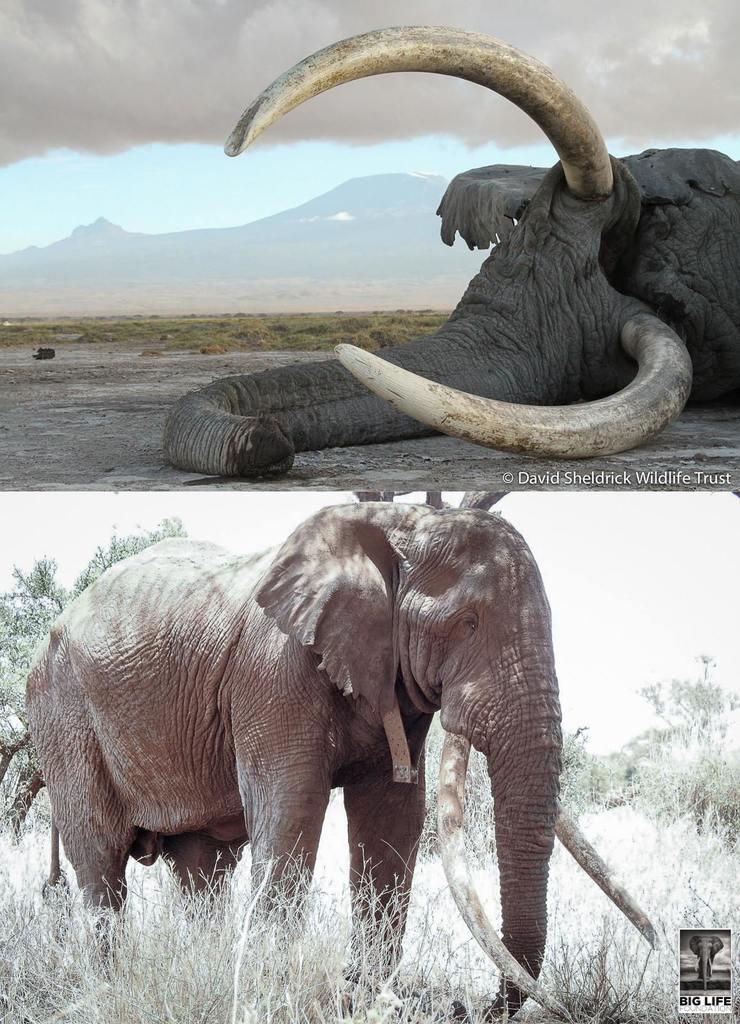 Just three months ago, Tim, the biggest tusker in the ecosystem, was speared. For the second time. He had once again raided crops in an area of wildlife habitat increasingly compromised by the invasion of farmland, motivating the farmer to hurl a spear in frustration.

Fortunately, rangers from Big Life and Kenya Wildlife Service (KWS) units, and Amboseli Trust for Elephants (ATE) research staff initiated searches. Aerial surveillance was deployed. After three hours, Tim was spotted from the air. Thanks to the fantastic response of everyone involved- along with Big Life, ATE, KWS, DSWT, and Tawi Lodge- enough manpower and vehicles were on hand to quickly and safely roll Tim onto his correct side for treatment. Tim, now 47 years old and first named by Cynthia Moss of ATE, got to live another day.

But as elephants with huge tusks become increasingly rare across the African continent, killed by both poachers and angry farmers, Tim, with his tusks ranked among the biggest, has become increasingly vulnerable (and famous). Big Life and KWS animal control units have chased Tim from farms literally hundreds of times, but he keeps returning. It was only a matter of time before he would be killed.

And so several conservation organisations pulled together to find a solution. Save the Elephants rose to the occasion by delivering the technology - a satellite collar that tells us in actual live time where he is and even better, sets an alarm when he a leaves the protected areas and is approaching farmland. This in turn will trigger a response from KWS and Big Life teams to turn him back before he gets there.

Since the collaring a week ago, Tim has behaved, and not left Amboseli Park so we have not had a chance to test the process, but we are sure that it will work. If it does then hopefully we will be able to use the same technology to target other 'problem elephants' to keep them out of crops and out of trouble.

That all sounds very simple, but it was a massive exercise getting all the moving parts in place. It was made possible by Scott Asen and Wildlife Direct, who made funds available for the monitoring, so a huge thank you to them.