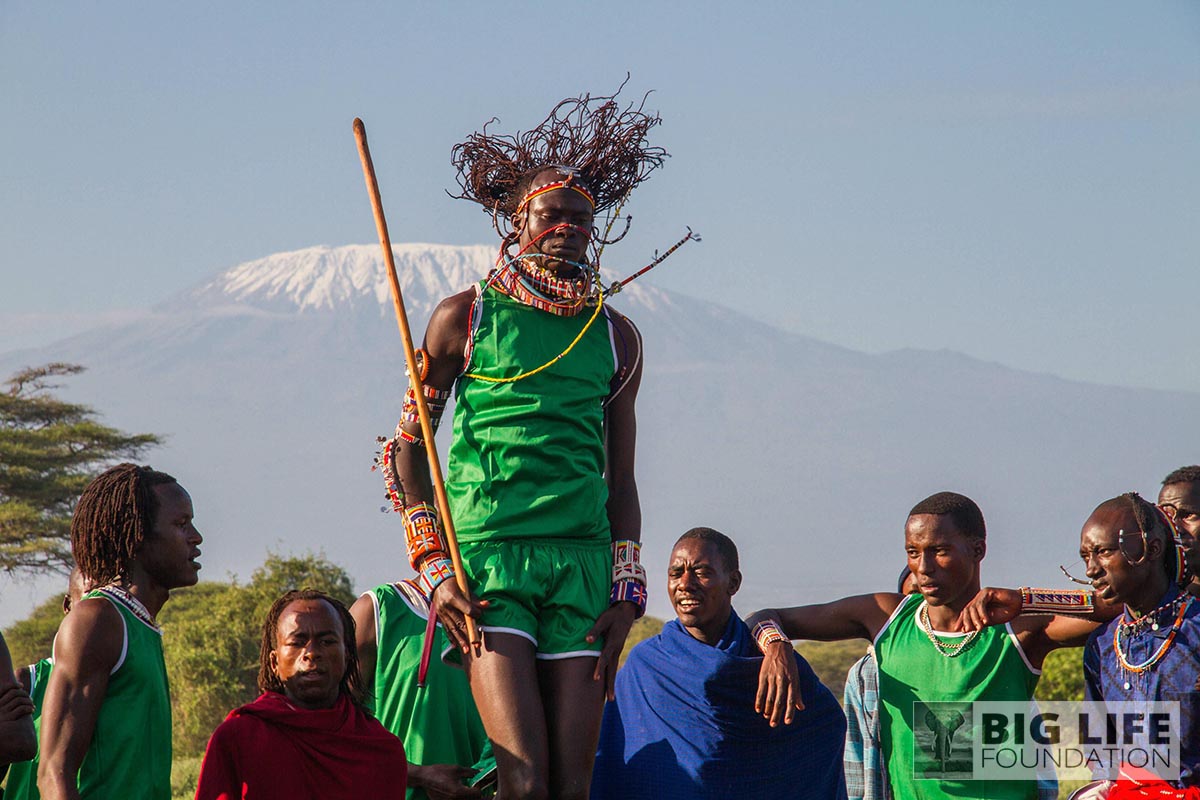 African lion populations have declined by at least 43% in the last 20 years, with few signs of abating. Today, there are as few as 20,000 in the wild. In Maasai culture, it is customary for warriors to kill lions as a traditional rite of passage into manhood. But at the behest of the cultural “fathers,” or elders, in the Amboseli ecosystem, Big Life established the Maasai Olympics in 2012.

A culture-shifting alternative was born: conservation education paired with organized sports competitions based on traditional warrior skills. Today, warriors compete for medals and prizes instead of killing lions.

Every two years, participating warrior villages select teams and compete in a series of regional one-on-one tournaments leading up to the final, action-packed event with athletic performances, spirited but sporting rivalry, and no dead lions. Athletes compete for recognition, express bravery, attract girlfriends, and identify leaders in six events: 200m, 800m, and 5,000m races, javelin for distance, rungu (wooden club) for accuracy, and the high jump, Maasai warrior-style from a standing position. As young women are often the motivators behind warriors wanting to hunt lions, and they are also potential conservation advocates, their inclusion is critical. Young women compete in two events: the 100m and 1,500m races.

2020 will mark the 5th Maasai Olympics, to be held in December.

VIDEO: The Hunt for Medals, Not Lions 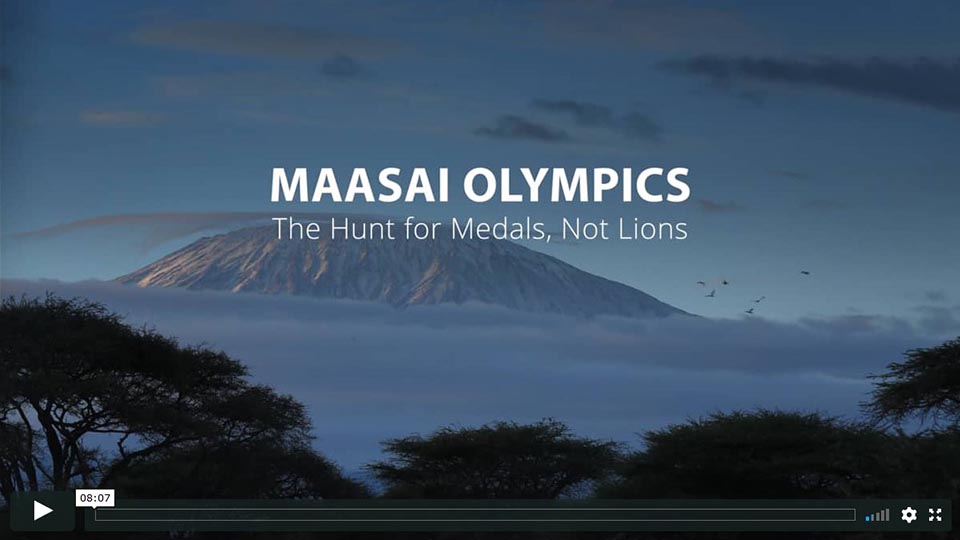 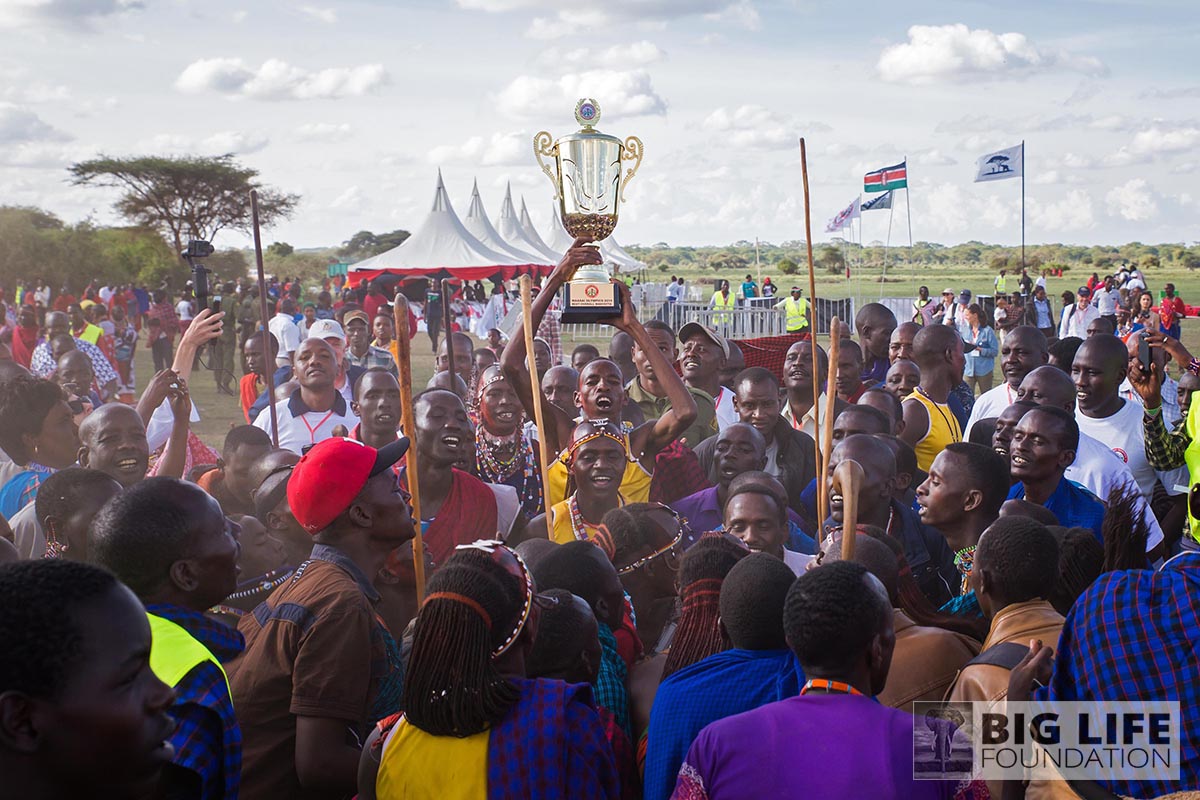 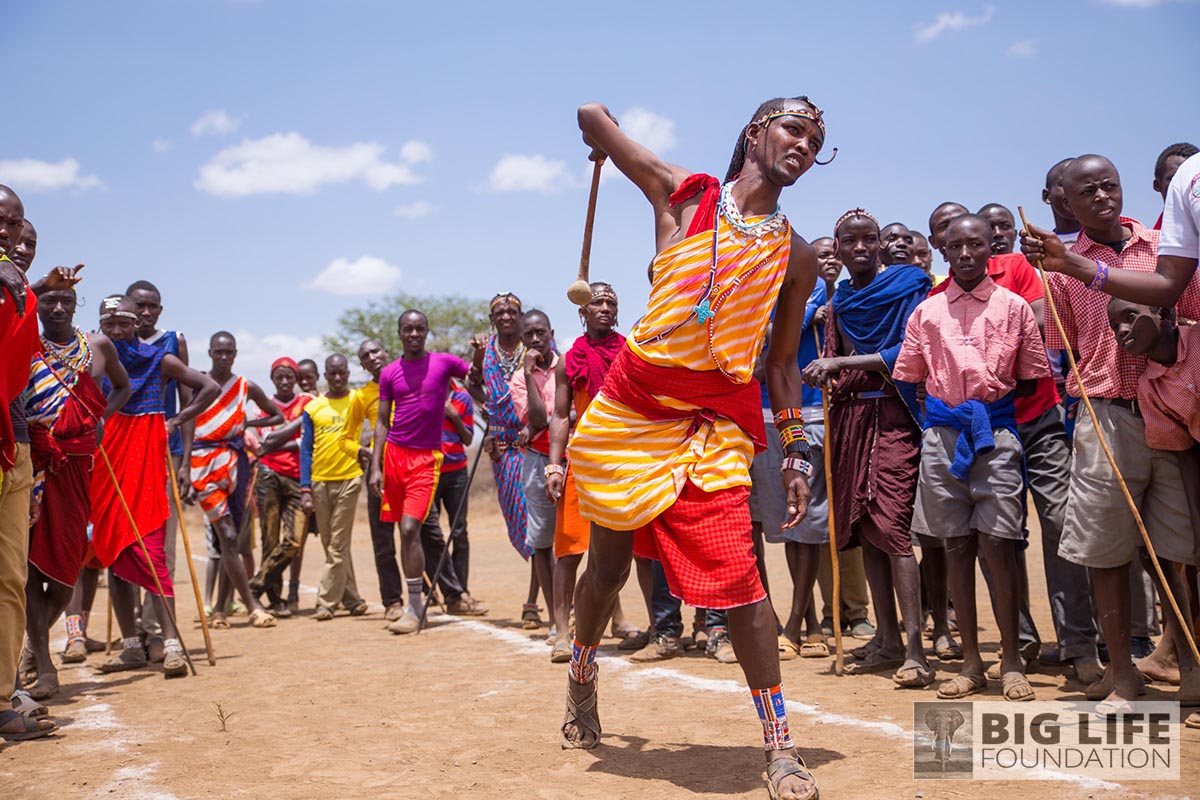 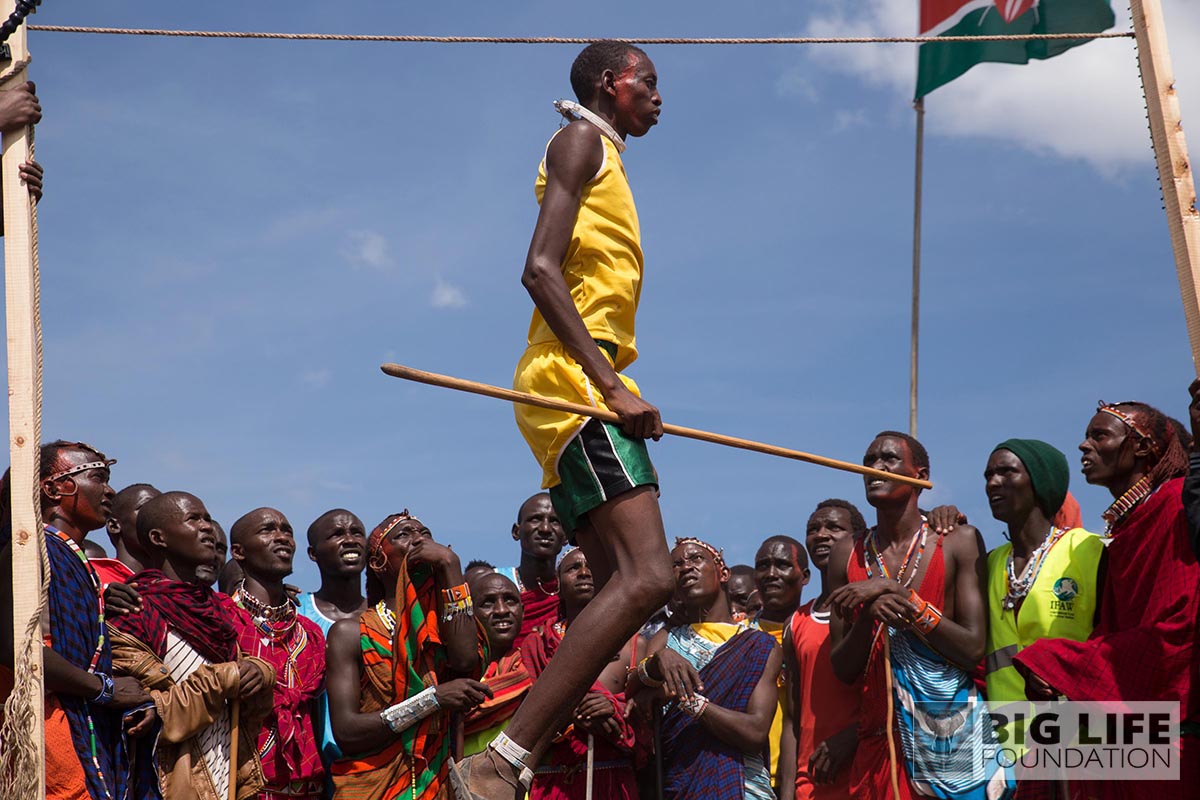 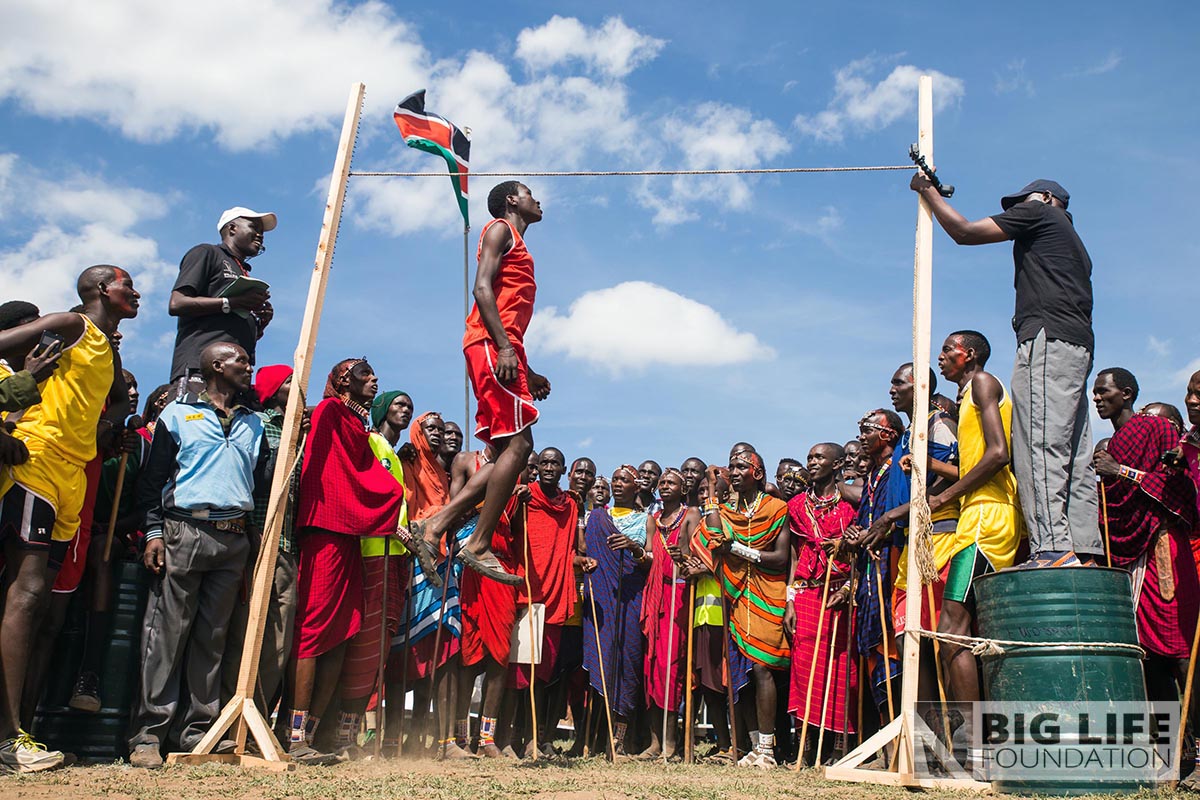 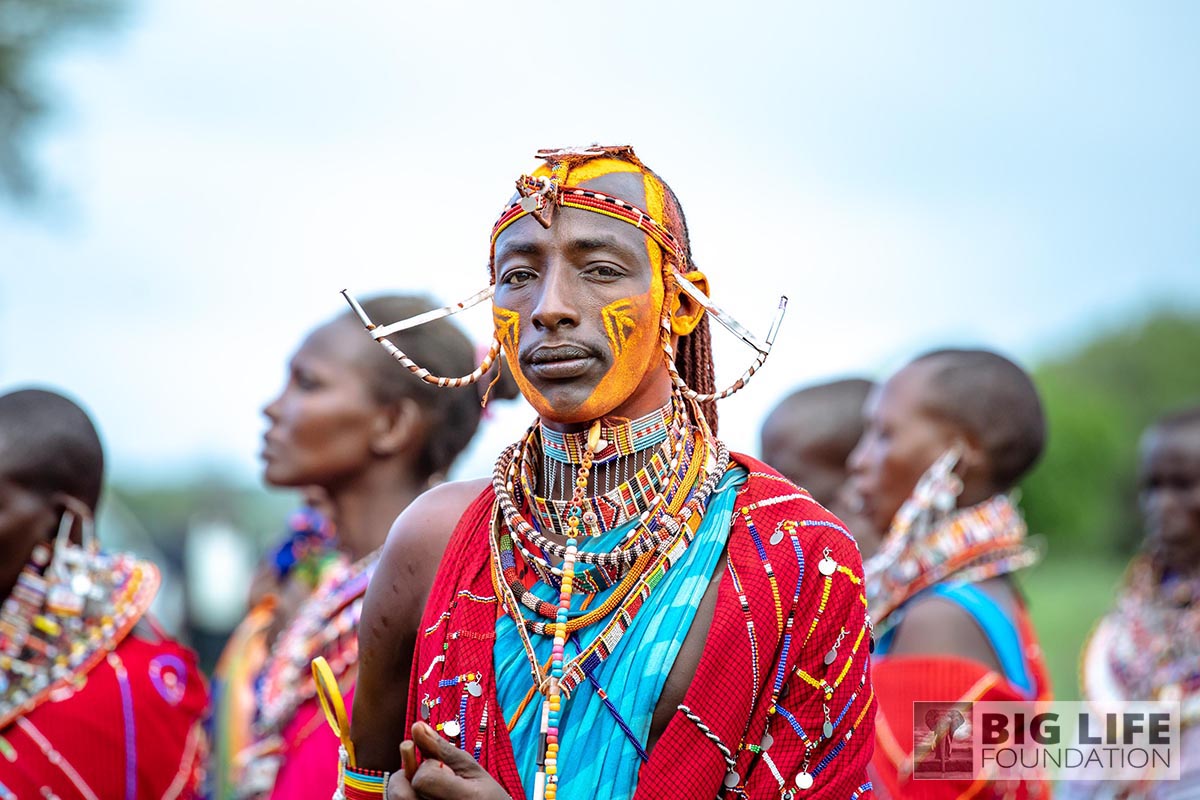 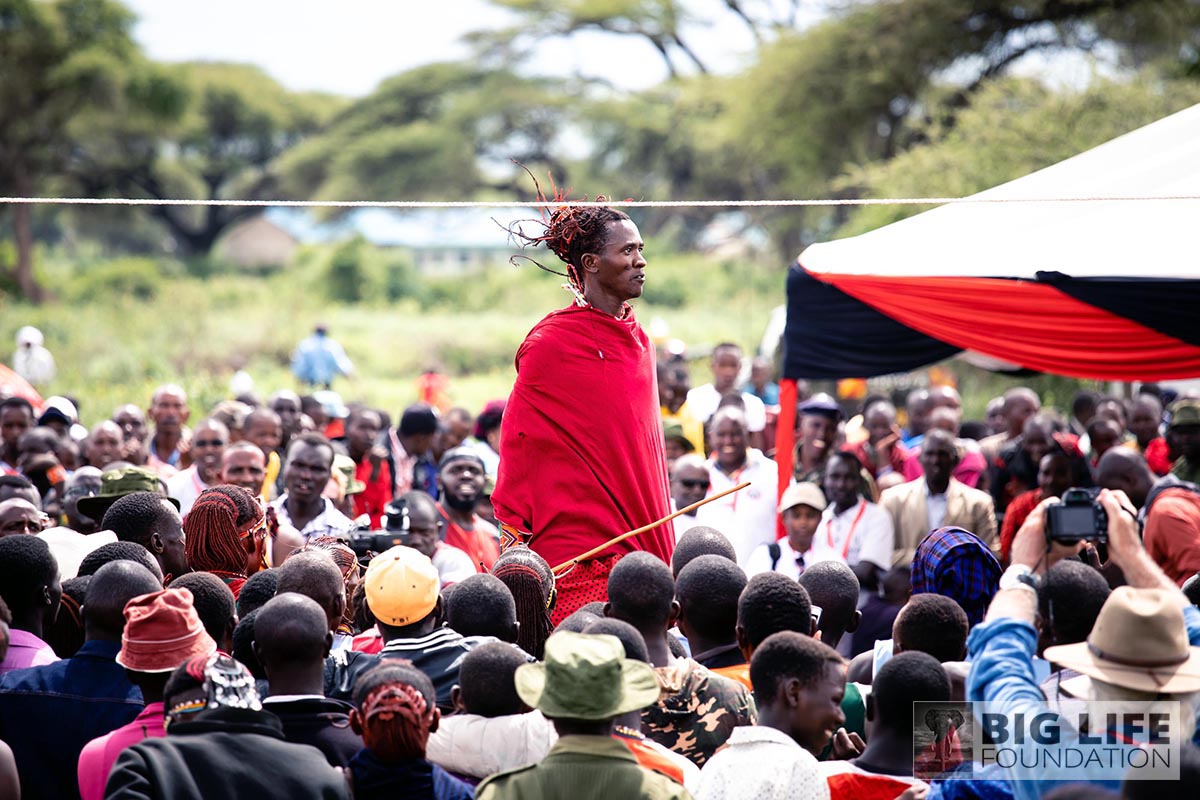 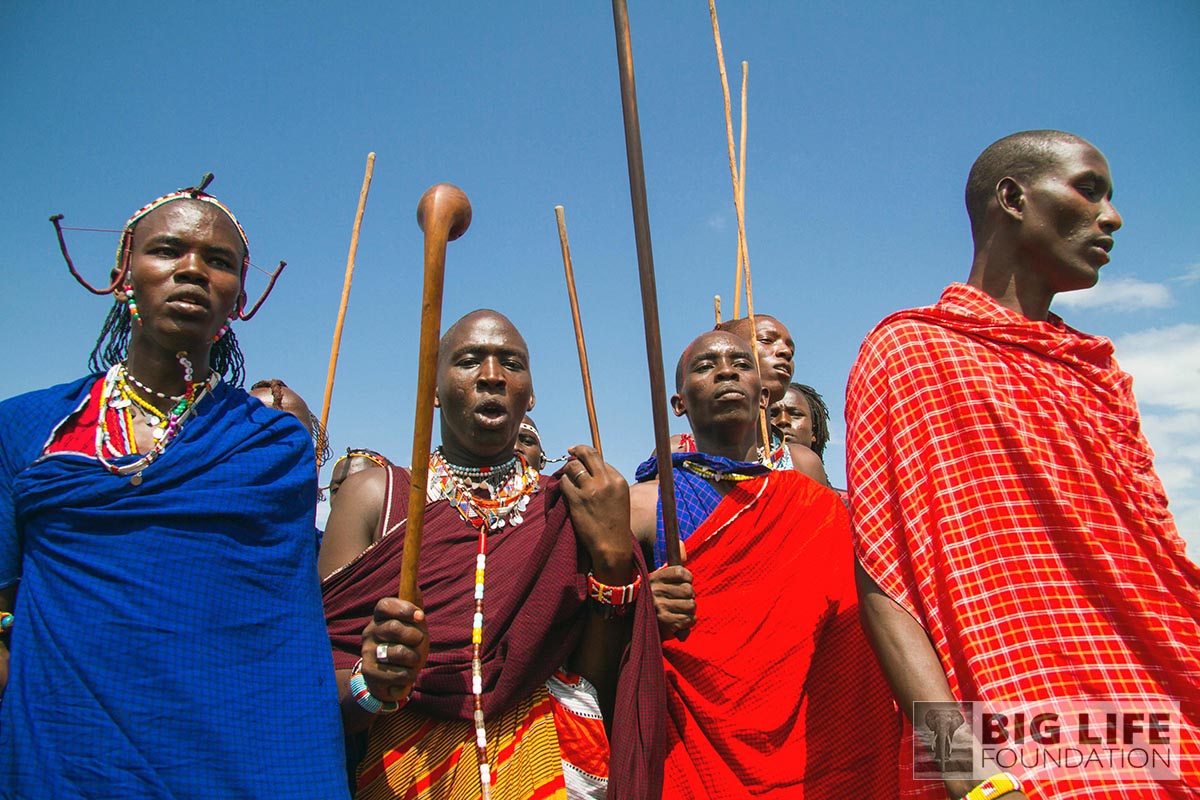 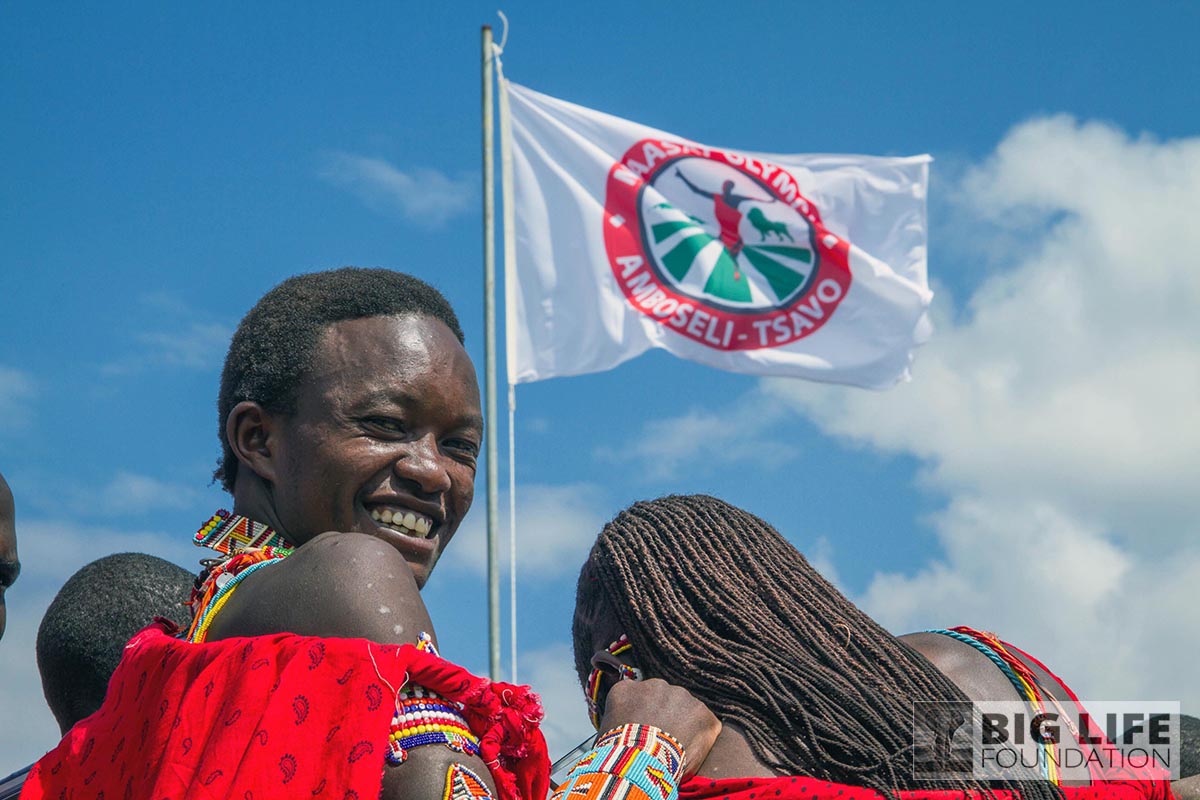 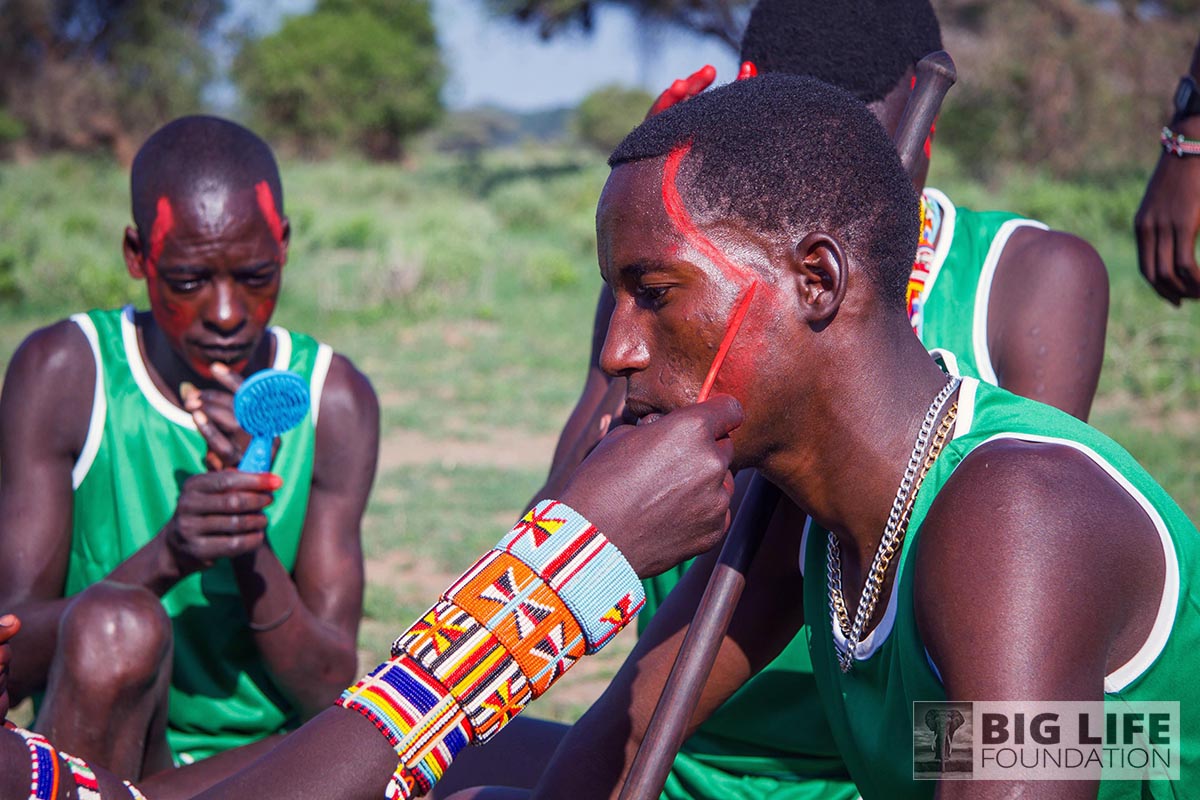 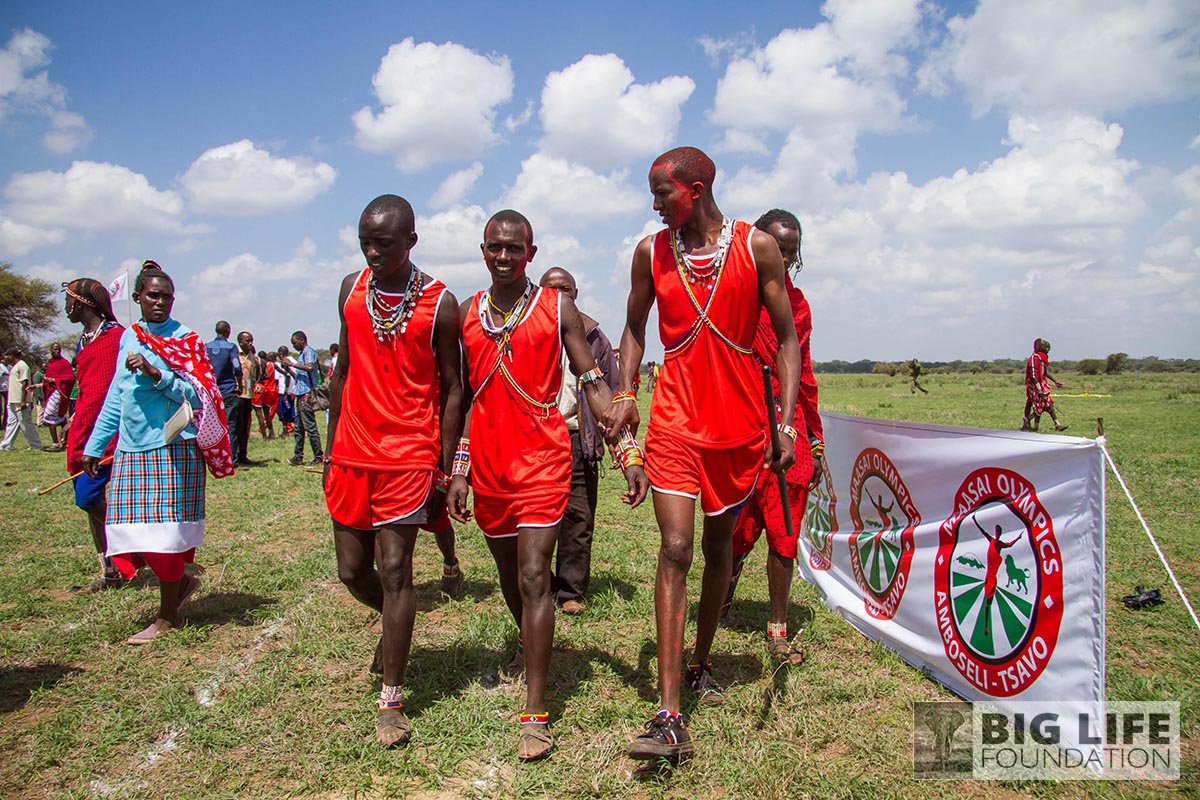 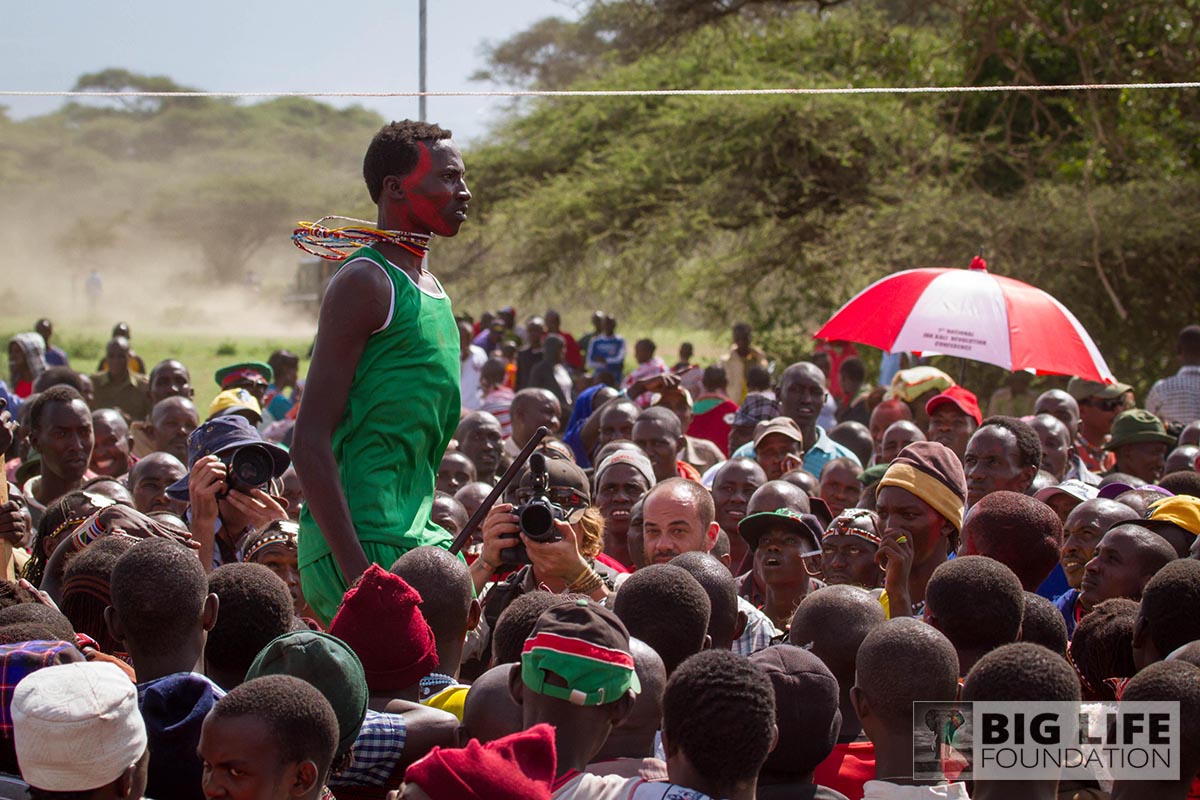 It was supposed to be another year of two Olympics. But like the games in Tokyo, Big Life must postpone this year’s Maasai Olympics, including the final events originally planned for December. Given the state of affairs… Read More

MORE THAN JUST A GAME

When it comes to conservation, measuring ‘meaningful impact’ can be a tricky thing to do. Sometimes it’s easy, for example when Big Life goes a year without any rhinos poached. Sometimes it’s more complicated. We… Read More

BACK TO THE BATTLEFIELD

The figures chased each other back and forth through the dust. Surrounded on all sides, not one of the cheering onlookers dared to cross the line onto the rectangular battlefield. Somewhere obscured in the middle was… Read More

The Hunt for Medals, Not Lions - New Video

Big Life’s Maasai Olympics represent a history-changing shift from killing to conservation of lions. In 2012, at the behest of the Menye Layiok (Maasai "cultural fathers”), Big Life established this organized sporting… Read More

By Tom HillCo-Founder, Big Life Foundation In late October of 2008, eight Maasai elders walked down the driveway to my cottage in the Amboseli-Tsavo-Kilimanjaro ecosystem, unannounced, and made me a proposition. They… Read More

Last weekend, Maasai warriors from across the Greater Amboseli ecosystem came together to compete in a day-long sports competition: the 4th Maasai Olympics Finals. The games represent a history-changing shift from… Read More

A Celebration of Culture and Sport

4th Biennial Maasai Olympics Final Scheduled December 15, 2018 Amboseli, Kenya -- African lion populations have declined by at least 43% in the last 20 years, with few signs of abating. Today, there are as few as 20,000… Read More

We’re in the home stretch: the race for the gold is on! Only one last regional event stands in the way of the 2018 Maasai Olympics Finals. Since August, the four main manyatta (warrior-village) teams have competed in… Read More

Today for World Lion Day, we’re thinking about the 200 lions that live in our area of operation, local Maasai communities, and the shared space they both call home. The landscape in East Africa is changing dramatically.… Read More