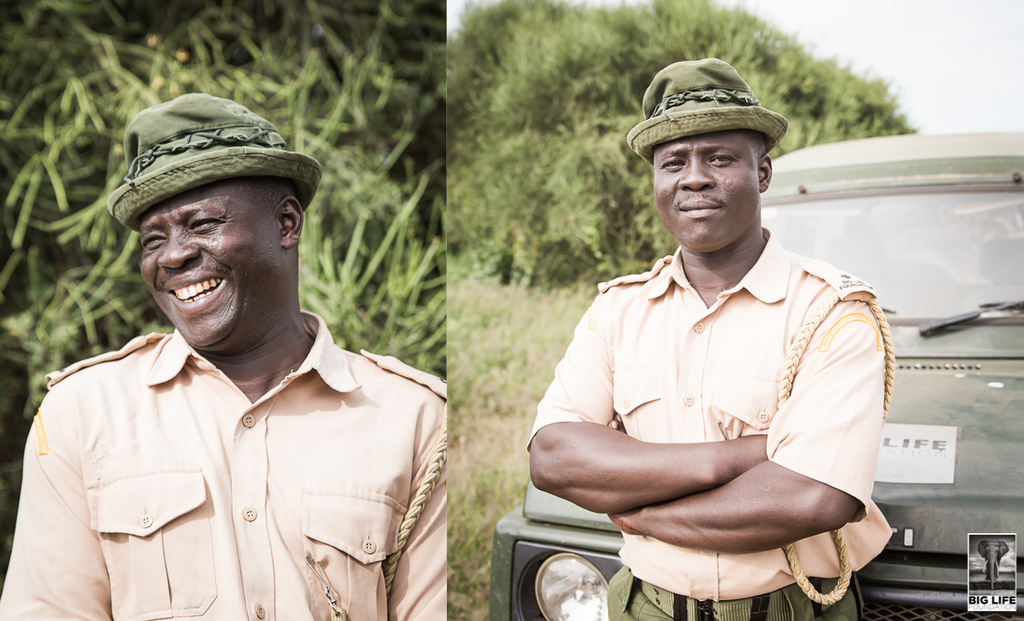 It’s hard to think straight when you’ve got a lion on your roof, but a warrior’s spear had already glanced off the car and Seiko had to act fast. He put his foot down and the little Suzuki 4x4 went crashing through the bush…

One of Big Life’s commanding officers, Josphat Seiko was on duty when the call came in that a warrior hunting party was hot on the tracks of a big male lion. All the ranger teams were too far away and Seiko had no other option, he grabbed another ranger and headed for the scene.

Seiko arrived to find the warriors closing on the lion, which had killed and fed on a cow and was moving slowly. The hunting chant was getting louder and the warriors told Seiko to back away or be speared as well, but in a last-ditch act of defiance Seiko drove the small car between the warriors and the lion.

By this time the lion had had enough and the car became the closest foe. It attacked the car, starting first with the tires and then moving around to the rear door, its strong tail swishing through the still open windows. Frustrated at the lack of progress, the lion jumped onto the car roof. The warriors, who had been standing back, saw an opportunity to move again, and the first one launched a spear. It missed the lion, hitting the car.

Seiko drove again, and the lion jumped off. One warrior moved faster than the others, launching a spear, but it was another miss. This time the lion attacked the warrior, biting down on his thigh. The warrior’s friends scattered, and Seiko now had the job of saving a human rather than the lion.

He jumped out of the car, running at the lion and firing warning shots in the air. The noise did the job and the lion ran. Paying little attention to their fallen compatriot, the warriors started to gather again, but by this time aerial support had arrived. The Big Life aeroplane swooped, scattering the hunting party and pushing the lion away. This happened again and again until the lion was moving at a safe distance from the warriors, and another ranger team had arrived. The injured warrior was taken to hospital, and Seiko for a cup of very sweet tea.

Seiko’s actions put him in very real danger, and undoubtedly saved the life of the lion that day. This month, we recognize Seiko’s bravery by naming him as our Ranger of the Month for January. Thank you, Seiko.