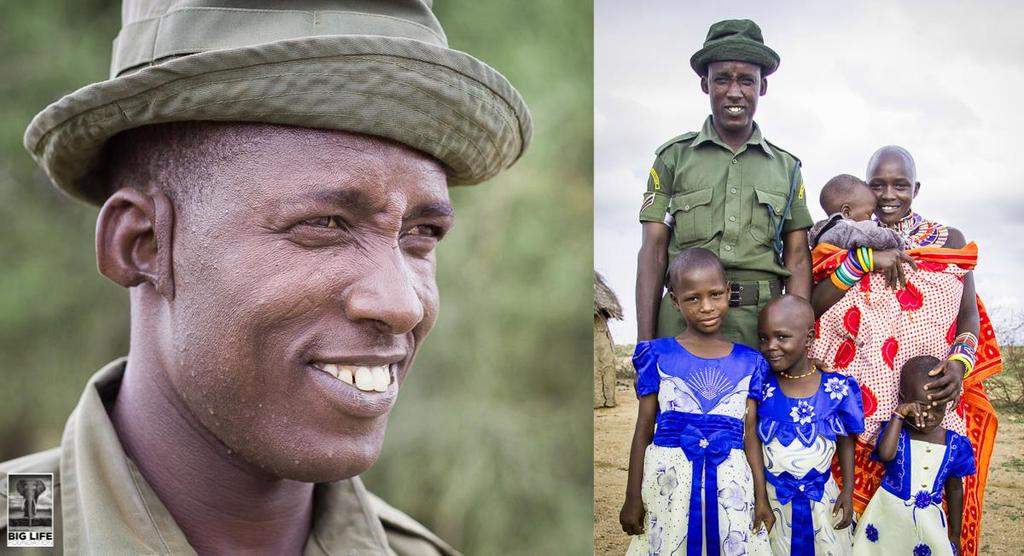 It was early morning. The young men moved swiftly through the bush. The tracks were fresh and the warriors moved fast, excitement building as they anticipated the combat ahead.

By mid afternoon, the warriors found their quarry, resting under a bush. Seemingly aware of the futility of running, the full-grown male lion stood and charged. At the same instant, Moloimet Legos stepped forward and launched the first spear…

That day made him a hero, but fifteen years, later things have changed.

Legos now finds himself in a different position, standing in front of lions and facing those that would kill them. “I have come to understand the importance of lions and other wildlife”, says Legos, “and have made it my job to protect them”.

Born into a family of eight, Legos had a very traditional upbringing. His father was a pastoralist and growing up it was Legos’ job to tend the family livestock. There was no time for an education.

Searching for a different path in life, Legos joined Big Life as a ranger. Over the years he has performed at such a high level that he was an obvious choice for inclusion in the elite Big Life Rapid Response Unit.

Legos and his unit stay constantly on the move, and are the first to respond to emergencies across the ecosystem. In the last month, Legos played a key role in the apprehension of two men arrested for spearing two elephants.

Legos now has his own family, three girls and a boy. Two of them are old enough to attend school, and he is making sure that they get the education he never received. We hope that they grow up to be the people that Legos is.