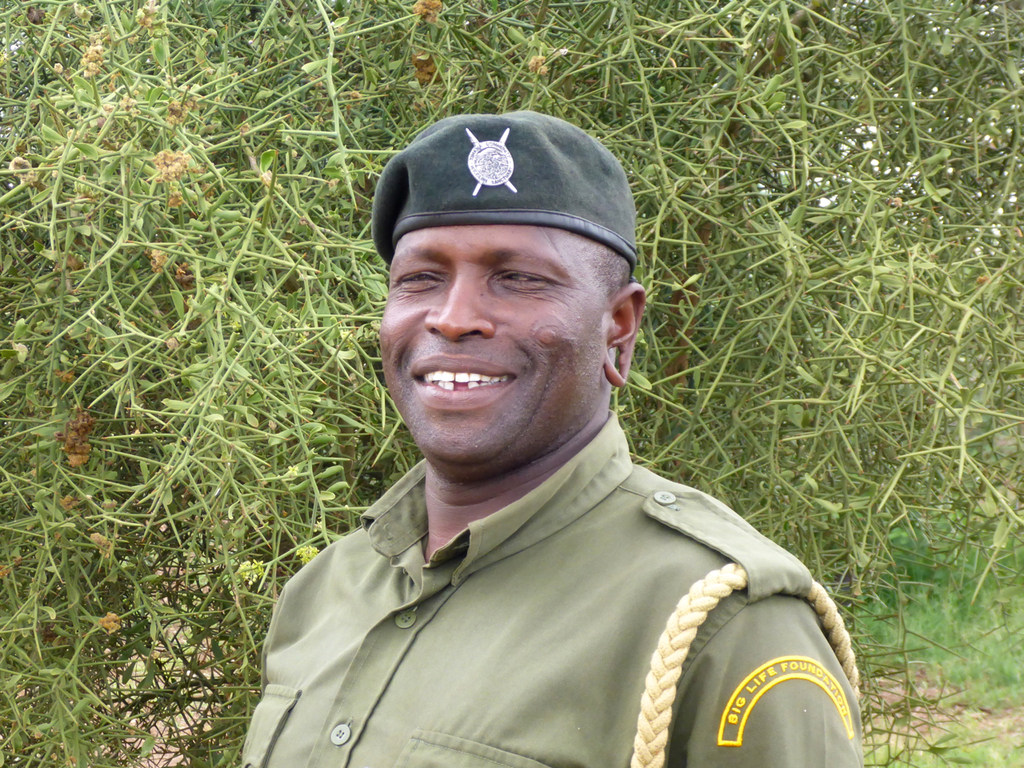 Anti-poaching rangers are strong, courageous individuals. They spend whole days patrolling the bush, tracking poachers, and keeping the peace between wildlife and humans. It takes an even stronger character to lead these men. For our ranger of the month of November we honour just such a leader. Lekina Olempumpu (better known as Mpumpu) is a Senior Sergeant in charge of four of the Big Life outposts situated in the zones with the highest rates of human-wildlife conflict and poaching. Mpumpu has always been committed, as a quick scan of his past proves.  He was born in the town of Kimana, located in the fertile lands at the base of Kilimanjaro. Mpumpu received no formal education but was determined to make his way in the world. And that way involved protecting the wildlife of his home. Since then he has spent twenty years in the service of this task, having started at the bottom of the pile as a community informer for the Kenya Wildlife Service (KWS), and slowly rising through the ranks to become the leader that he is today. The last four months have been especially challenging, dealing with the annual dry-season increase in poaching and human-wildlife conflict. Mpumpu and his teams have arrested 114 people for crimes ranging from game meat poaching to habitat destruction, and he was one of the leaders in charge of the operation in which elephant killer Kerumpoti was arrested. But in this human-dominated landscape arrests are not enough; protecting wildlife involves protecting people. Mpumpu’s teams, and sometimes just him alone, have responded to 84 incidents of elephant crop-raiding over the same period, taking on the often-dangerous task of chasing the elephants out of the farms. These outstanding results are a tribute to everyone working in these units, but Mpumpu has led from the front. With his in-depth knowledge of the local landscape and its people, and his absolute commitment to the task, Mpumpu is of the reasons that wildlife continues to roam freely in the shadow of Kilimanjaro.