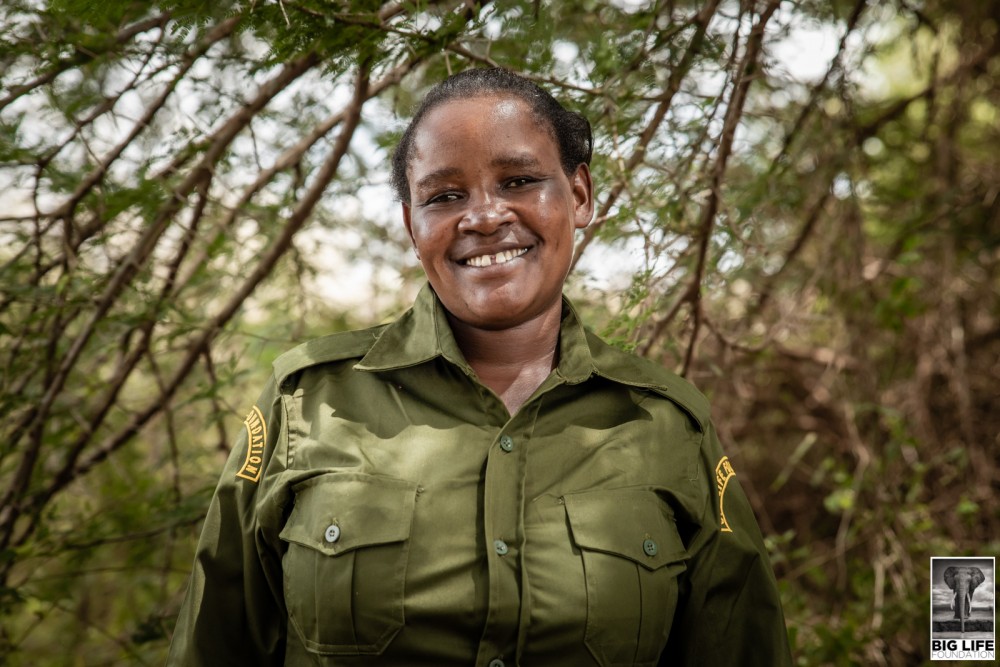 Today, we celebrate International Women’s Day, a day to remind us that a gender-balanced world is a better world. This is as true at Big Life Foundation as it is in any work force, and it’s true 365 days of the year. The success of Big Life’s programs relies heavily on women operating at all levels of the organization – from our administrative team to financial managers to our Board of Directors. But did you know that we also have women working as community rangers?

Last year, we introduced you to Agnes Sopilal, but only briefly, and her story is an important one to tell.  She’s from a small village in Kimana Group Ranch, within Big Life’s area of operation, and is one of 14 children. Her father, who had two wives, had dreamed of being a Big Life ranger. Agnes had dreamed of becoming a doctor, but her family did not have the money to pay for her schooling.

Although she wasn’t able to finish school, she was ambitious and always on the lookout for new opportunities, including starting a small business selling children’s clothes at local markets. When Big Life began recruiting for new rangers, it was her father who encouraged her to try out and apply, and it was Agnes who succeeded in landing the job. That was five years ago.

Today, Agnes is a successful ranger with Big Life, a position which has earned her even more respect in the community. She helps her community whenever possible, such as with vehicle transport, and is actively involved in human-wildlife conflict mitigation, chasing elephants out of farms. She once had to escape a charging elephant while on patrol by running up a rocky hill!

But being a woman has put Agnes in a unique position at Big Life among her mostly-male workmates. For one thing, she’s able to approach people in a way that her male colleagues cannot, and access critical information networks (in particular, from other women). In one instance, women were cutting down trees in our area of operation to make charcoal. Once Agnes became employed by Big Life, this stopped, because they knew they were doing something against what Agnes was working for.

And while Agnes was not able to become a doctor, she is now in a position to fund the education for three of her siblings – one of which has completed high school and the other two are still in high school.

We’re lucky to have women like Agnes on our team. And we’re proud of the work of all of our rangers all year round, protecting wildlife and wild lands in East Africa. Thank you, Agnes!