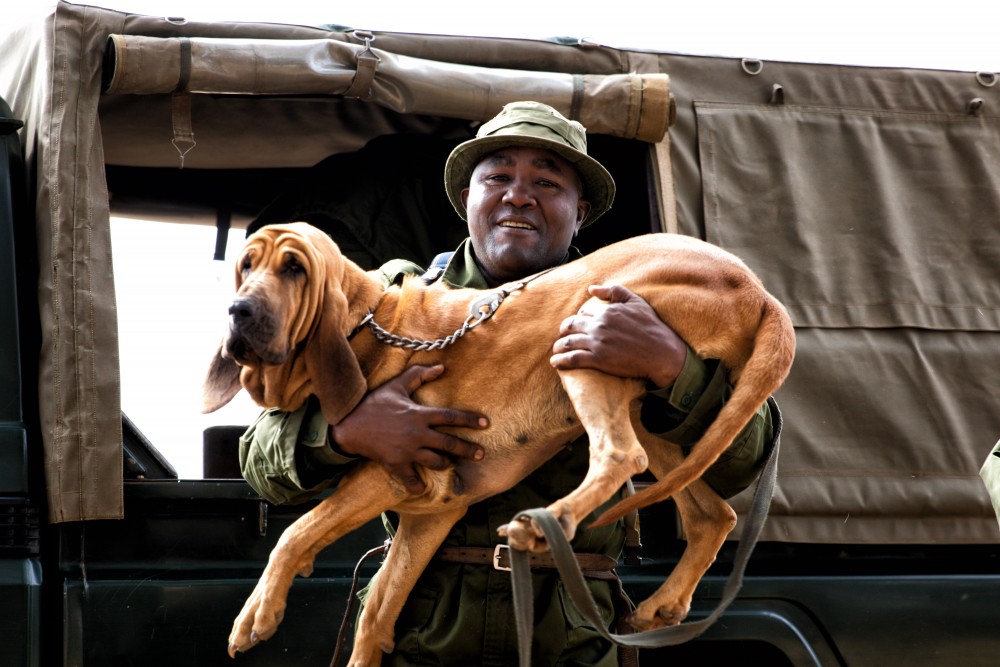 Today is World Ranger Day. A day dedicated to all the men and women who put their lives at risk on a daily basis to protect and defend the vital wildlife populations and ecosystems that make our world complete. Today, we would like to share the story of a particularly unique and inspiring Big Life Ranger: Sergeant Mutinda Ndivo.

Mutinda knows how poachers think and operate, because he once was one. A notorious one at that.

His father first taught him how to poach when he was a young boy. By the age of seven, he was learning how to make the poison, bows, and arrows needed to kill animals. By the age of 17, he had moved up his father’s apprentice ladder and killed his first rhino. He had little formal education, and with few other opportunities to make a living, he turned to a career as a wildlife poacher.

By 1989, he’d made a name for himself by leaving in his wake a trail of dead elephants, rhinos, and countless other wildlife across Big Life Foundation’s area of operation. Like so many who choose a life of crime, he never thought he’d get caught.

Until he did get caught, repeatedly. But seemingly never with any consequence. Over the course of a decade, Mutinda was in and out of police custody for poaching and trafficking, arrested by Kenya Wildlife Service (KWS) and Big Life rangers, but always evading any serious punishment. Evidence would mysteriously go missing; a sympathetic judge would refuse to issue a guilty verdict. Once freed, he always immediately returned to what he knew: poaching.

Big Life’s Co-Founder and Director of Operations, Richard Bonham, knew it was time to try a different strategy. So Richard sent word asking Mutinda to meet him on neutral ground. After several letters, and pressure from Mutinda’s family for him to change his ways, Mutinda finally agreed to meet.

Although late, he eventually appeared, held out his hand, and said “I am Mutinda.” During their first meeting, despite the poaching, Richard and Mutinda were able to find some common ground. The Chyulu Hills was their shared home, after all. Mutinda lost no time in telling Richard that with his limited education, he didn’t know how to do anything else but poach. He had no other role models, no other job skills.

Richard realized that even though Mutinda had become a notorious poacher in the ecosystem, he was still at the bottom of the wildlife crime chain. He had no idea where the ivory or wildlife parts went, or who it funded. He was a pawn, a classic example of a poaching syndicate recruiting people from areas where there are few alternatives to make a decent living. Mutinda was just trying to provide for his family.

So in the true spirit of Big Life Foundation’s ethos—if conservation supports the people, then people will support conservation—Richard offered Mutinda a chance at redemption: a ranger position. The green uniform would replace his poaching pursuits, provide a steady paycheck at the end of every month, and bring status and honor to his family.

Mutinda was overwhelmed by the offer and agreed to change his ways and become a ranger in 2003. Since then, he has become one of the most reliable and trustworthy rangers Richard has ever known. Due to Mutinda’s outstanding day-to-day performance, he has been repeatedly promoted, and today he leads Big Life’s Tracker Dog Unit.

Instead of living a life of crime, Mutinda is now directly responsible for helping to deter and prevent others from making the same mistakes he has. Countless animals are alive and protected because of his direct contributions at Big Life. But the real long-term benefit may be the remarkable example he is showing to his community by leading a life dedicated to the conservation of wildlife for the benefit of all.

So today, on World Ranger Day, we honor Sergeant Mutinda Ndivo and all of Big Life’s rangers. And to all the rangers around the world who risk their lives on a daily basis to protect the precious biodiversity on Planet Earth, we humbly thank you.