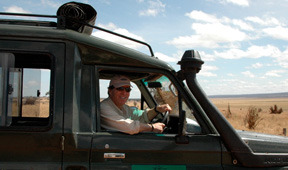 Professionally Greg is a seasoned CEO and business lawyer. He was the co- founder and is currently the Chairman of HLS Therapeutics a pharmaceutical company providing critical medicines across Canada and the United States. He led HLS from start-up, to a publicly traded company, and Big Life now benefits from these same leadership skills.

Greg started his career practicing law and became a partner at one of Canada’s leading international law firms, where he represented numerous public and private companies in a wide range of transactions.

Greg can be reached at .