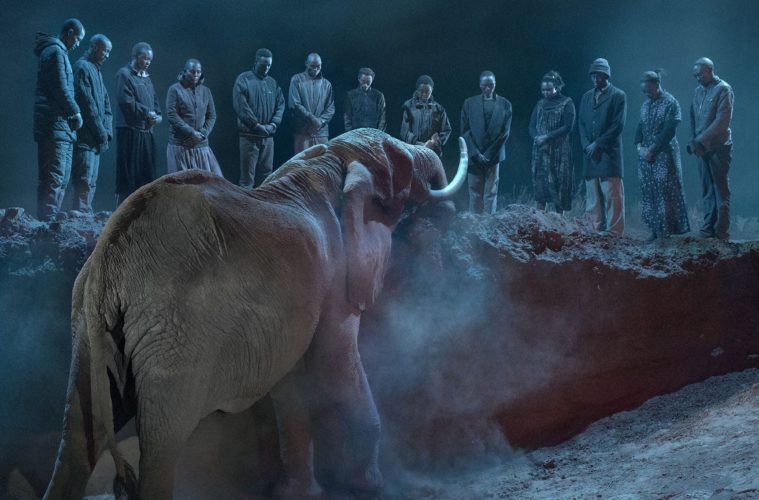 In a new exhibition and publication, acclaimed photographer Nick Brandt continues with what has become his life's work, to document, evocatively depict and labor diligently toward slowing and reversing the degradation of the natural environment and its catastrophic effects on all living things. Though his vision and concerns are global, his birthplace in the U.K. and his primary residence north of Malibu, his heart is in East Africa, among the people and especially the animals who share a common fate at the wilderness-facing edges of industrial development. That's where he's been photographing for almost two decades, and where his activist charity the Big Life Foundation operates.

Brandt's signature is large-scale, 3:1 ratio panoramic landscapes, rendered in rich and majestic black-and-white, depicting, for example, animals such as lions and elephants in detailed settings that portray these denizens of wild places with the encroachments of urbanity. In This Empty World, his new book and current exhibition of the same name at Fahey/Klein Gallery in Los Angeles, Brandt introduces color and complexified settings in a variation on his compound in-camera process. The documentarian and allegorical impulses active in the surreal images made in this way are technical and emotional marvels.