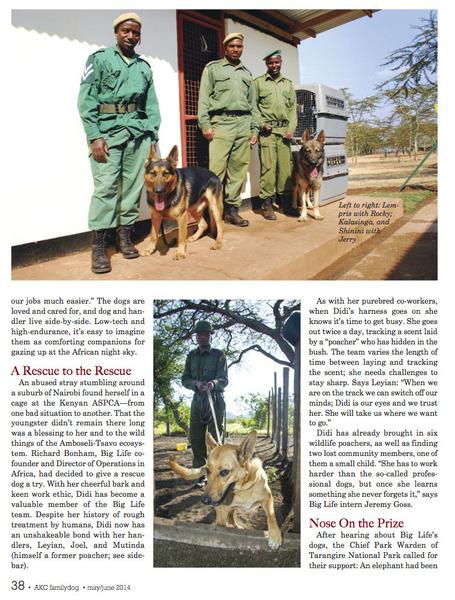 “...an informant had contacted one of Big Life’s commanders who works alongside the village rangers of Enduimet. He knew the poachers’ plans and made the courageous decision to come forward. In the pre-dawn hours, Big Life’s Dog Unit joined forces with Enduimet’s Mobile Unit. The dogs quickly zeroed in on the exact bush the poachers had slept under the night before. The men had barely stretched and rubbed their eyes before they found themselves in custody....”