Working with Nature - One Heart Farm 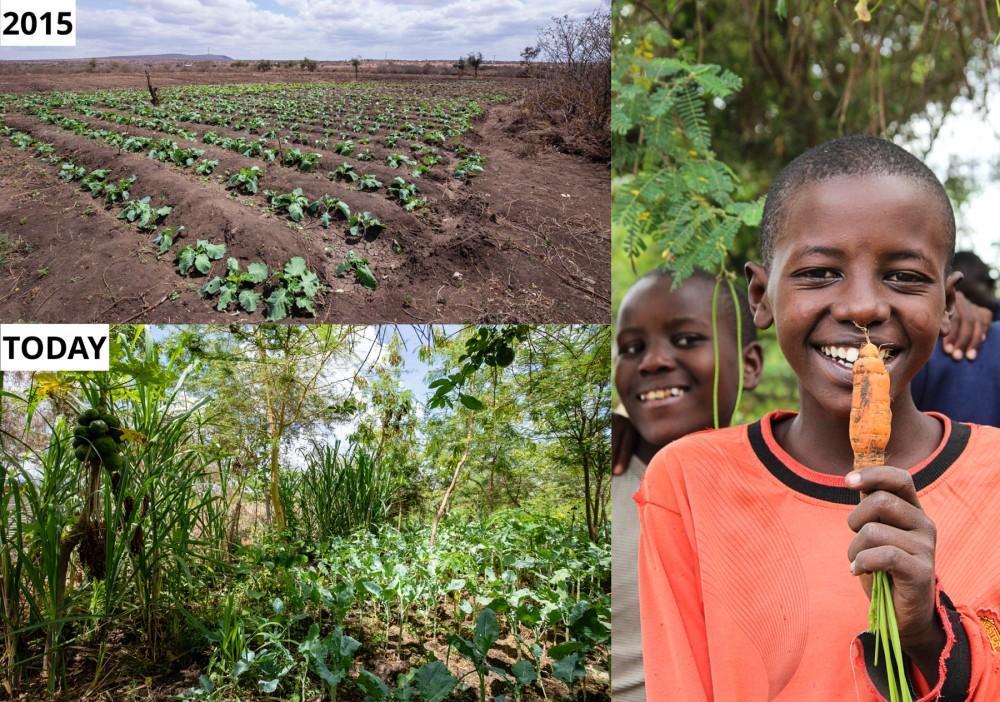 For millennia, humans have fought against nature, trying to beat it back in our attempts to create a comfort zone for humanity. Time and time again we have lost, as evidenced by the ruins of various civilizations across the world, reclaimed by forest, bush, and sand.

Modern agriculture is one frontline of this battle, and with the various chemicals and poisons available ‘we’ are actually starting to emerge on top. But no-one seems to understand that by defeating nature we are defeating ourselves. The pesky insects killed by insecticides are no longer there to pollinate the crops. The soils that we are ‘enhancing’ with synthetic fertilizers are no longer able to sustain the yields they once did.

It’s a common story from farmers across Amboseli: “This soil used to produce lots with little input, but now I get little unless I add a lot (of chemicals)!”

We say, enough. These chemicals are destroying the land, poisoning people, and poisoning animals.

Through the ‘One Heart Farm’ project at Enkijape Primary School, founded by Rhona Mitra and her supporters, Big Life is hoping to inspire children with the knowledge that there is an alternative. Over the course of three years, students have seen this patch of barren soil become a lush garden, and not one synthetic chemical has contributed to this success, the fruits of which are being used in the school kitchen when available.

A farm club exposes children to how natural systems work, and how humans can maintain a sustainable place within them. When you spot more birds and insects within a farm than out, that’s a sure sign that something is going right.

We intend to continue to grow this farm, and the project with it, to create a model that can both supply schools with healthy vegetables, as well as teaching children that you can work with nature, rather than against it.