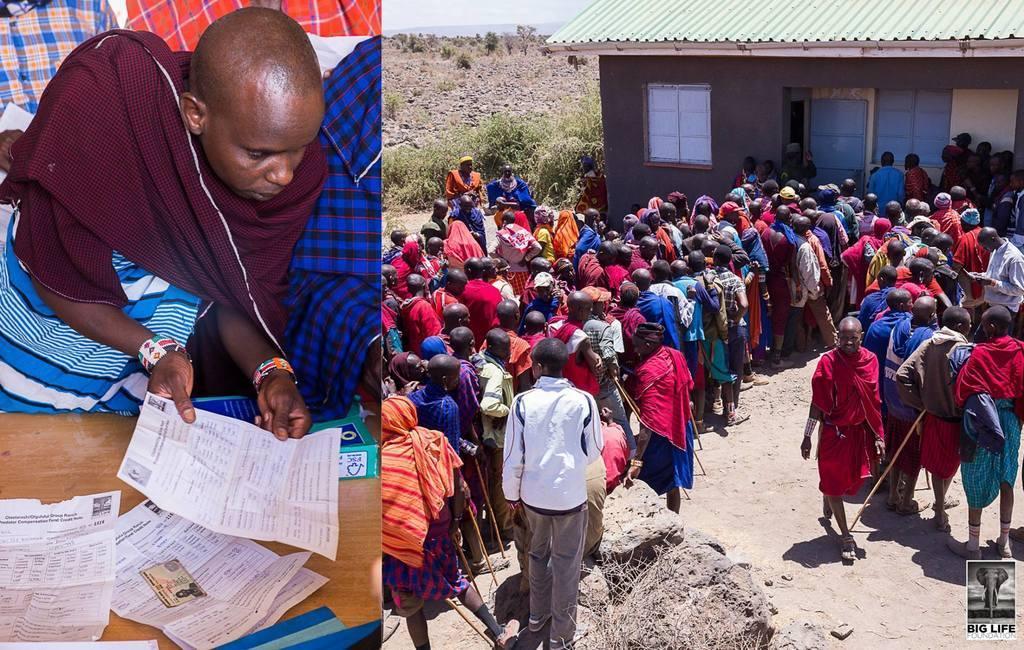 It was a marathon payout session of 13 hours that went well into the night. People came from far and wide, each one clutching the piece of paper that got them a place in the queue, each one there because of wild animals.

Day after day predators kill livestock in Amboseli. It’s infuriating for livestock owners, and the desire to kill in retaliation is strong and understandable. We’re seeing the results all over Africa, lions and other predator species in steep declines in areas where they conflict with humans. A situation that is no different from the fate of wolves in many countries of the northern hemisphere.

But things are different in Amboseli, where our local partners, the Lion Guardians, have documented a tripling of the local lion population. The obvious question is why?

One of the main reasons is pieces of paper, presented after a verification process, to any livestock owner following a livestock depredation. These claim forms are later exchanged for monetary compensation, but more importantly they is delivered to the person who has suffered the loss, at the time when they are most angry about it (and therefore most likely to kill in retaliation).

Payouts take place every two months only if no predator has been killed in retaliation during that period (in which case all claims for that area are nullified). The community pays 30% of the total compensation amount, and the most recent delay was while one community organised their contribution.

After a ten-month wait, the equivalent of approximately $34,280 was paid to 778 people for the death of 1148 animals over the period, an average of almost 4 livestock killed each day. The total economic loss was more than double that amount, but compensation trails market values and penalties are applied for livestock killed as a result of poor husbandry (i.e. livestock killed while unattended or lost) or bad livestock enclosures.

Despite all of these livestock deaths only one lion has been killed across this 400,000-acre area so far this year, and in this case a fine was paid by the community according to the compensation agreement.

The success of the Big Life compensation program demonstrates that while the desire to kill is strong, economic incentives are stronger. We cannot expect people to simply grin and bear the significant economic losses to predators. Compensation is a simple, efficient, and targeted solution to address the problem.