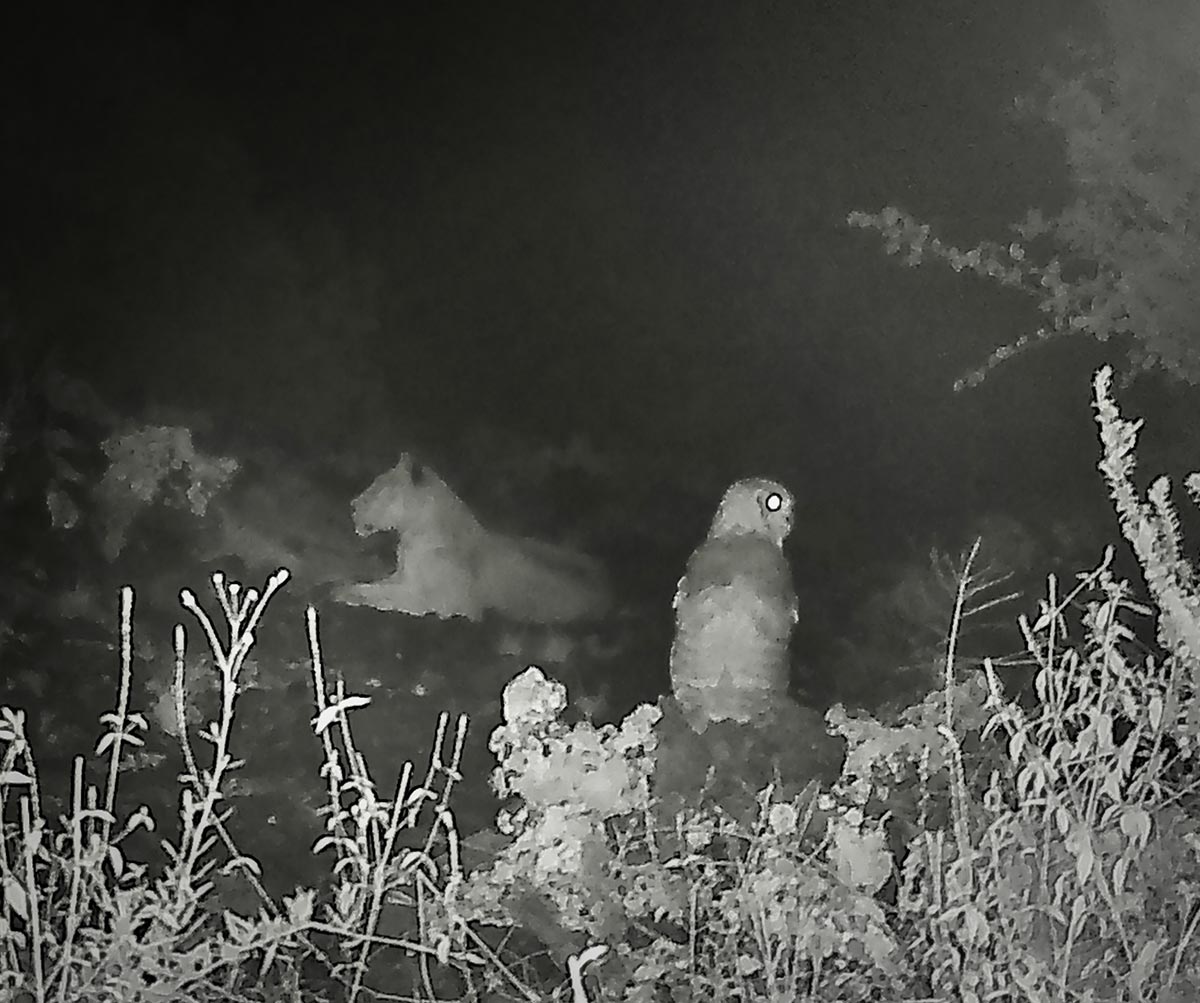 Lions and owls would have little to discuss. They share a preference for night-time activity, but don’t otherwise have much in common. Food, however, changes everything.

This very unusual image, of a lioness and a Verreaux’s Eagle Owl, was captured by a remote camera trap left at the carcass of an antelope, exposing a world not usually seen by human eyes.

Both species polarize human opinion. While some people travel thousands of kilometers to see lions in the wild, others would happily kill every last one to remove the threat to their livestock. Owls are revered by some societies as a symbol of wisdom, whereas in Maasailand they are a bad omen, and if one lands on your roof then it is seen as a harbinger of death for someone that you know.

Owls are not only feared. In Kenya, they are also now threatened by the illegal trade in their eggs for witchcraft. Ridiculously, owl eggs are claimed to have all-encompassing healing powers, including the ability to cure cancer and HIV. As these myths have spread, owl egg prices have skyrocketed, which is not good news for the birds’ ability to reproduce.

Big Life addresses conservation threats to both species. Our Predator Compensation Fund balances some of the economic losses incurred when lions kill livestock, thereby minimizing retaliatory killing. Meanwhile, our intelligence network monitors the illegal wildlife trade in all species, and Big Life rangers work with the Kenya Wildlife Service to arrest those involved. We have seen some indications of a local owl-egg trade, but by arresting those involved we hope to have discouraged any others from following.

We are working for a future where 100 years from now, one could leave a camera trap in exactly this spot, and catch the descendants of this lion and owl having a similar encounter.