TODAY, WE STAND WITH RANGERS 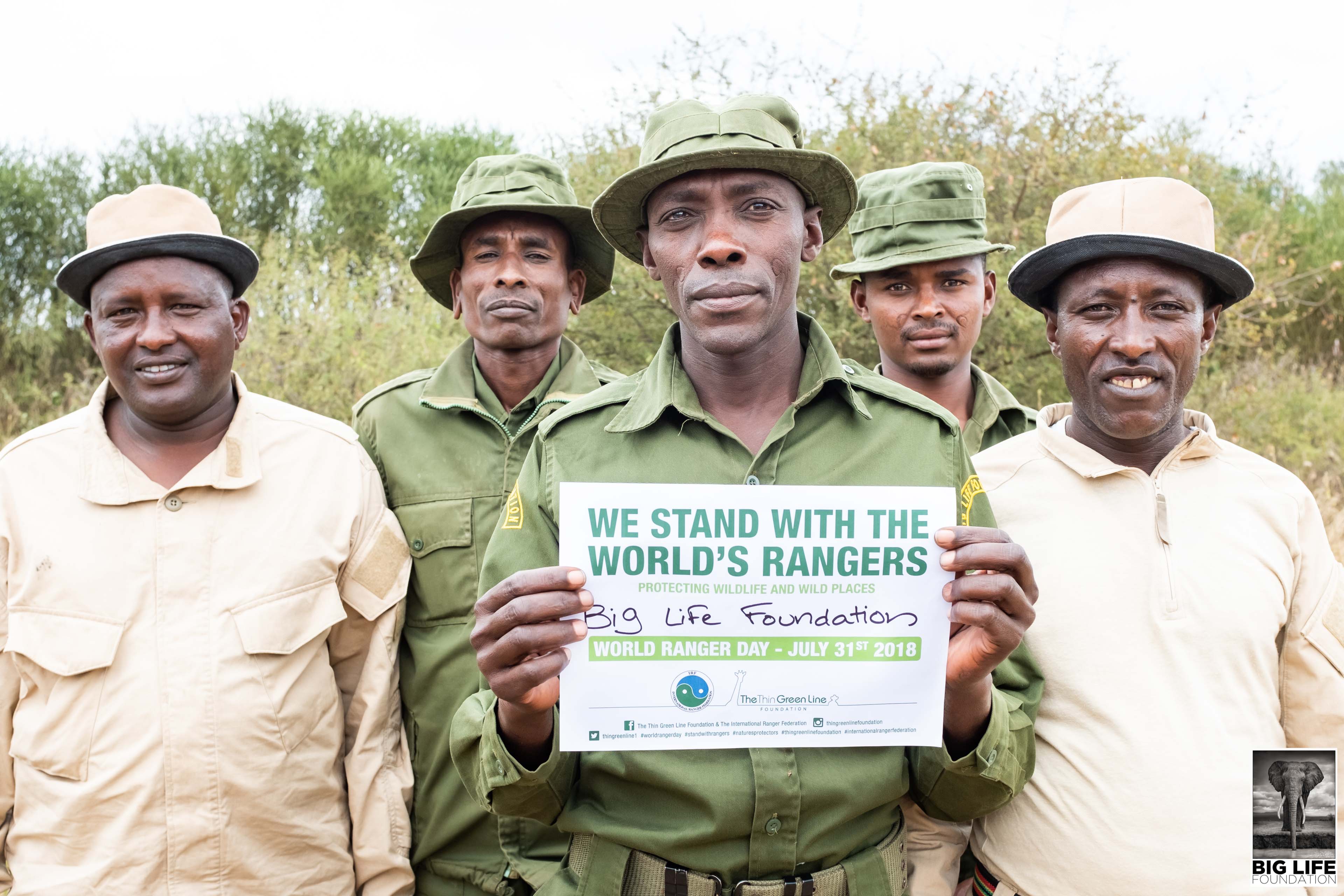 Today for World Ranger Day, we honor all rangers who stand between illegal wildlife crime and the world’s natural heritage, and who risk their lives to protect those places and animals that cannot protect themselves. As endangered species continue to fall victim to diminishing habitat, increasing competition for resources, and the ongoing onslaught of illegal poaching activity, their work has become more important than ever.

It’s also become more dangerous than ever. The stakes are increasing, both for wildlife as numbers dwindle, but also for poachers, where the penalties for getting caught continue to increase. Rangers are caught in the middle of an increasingly militarized and confrontational battle for wildlife and wild lands.

According to the International Ranger Foundation, 63 rangers were killed in Africa in the last 12 months. 107 were killed globally. And that number may actually be two to three times higher, as many incidents go unreported. The Game Rangers’ Association of Africa states that 269 rangers have been killed since 2012. This includes Big Life ranger Kior Kulwa who was killed by an elephant late last year.

So today we stand with our rangers. To Big Life’s rangers, as well as the global ranger community, we say: THANK YOU. Thank you for your dedicated efforts protecting the natural world. You help to keep this planet beautiful and habitable for us all.

And thanks, as always, to our donors and partners for ensuring community rangers have the resources they need to protect the Greater Amboseli ecosystem, including For Rangers and The Thin Green Line Foundation, our monthly Ranger Club donors, and our supporters the world over.