TIME TO SAVE THE LION KING 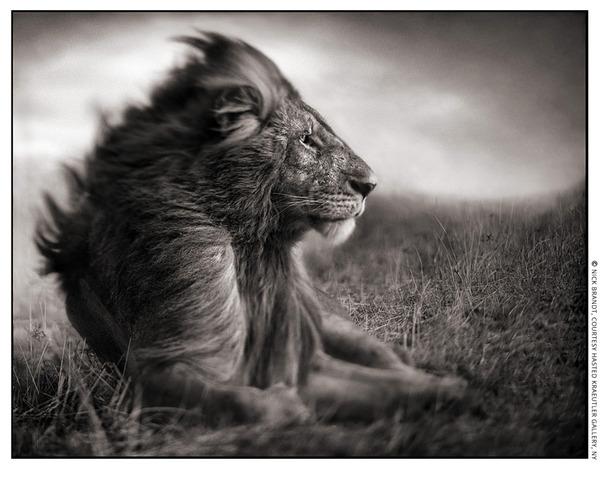 “The king of beasts is striding to oblivion and no one is listening.” - Tom Hill, Big Life Predator Compensation Fund Co-Founder

For more than three decades I have woken to the roar of the lion. To me it is music to my ears and its magic never fails. In East Africa they translate it into Swahili. “Hii nchi ya nani?” cry the powerful territorial pride males. “Whose land is this?” Then, as their tumultuous challenge dies away, they answer with a rhythmic coda of rasping grunts that make the air vibrate; yango, yango, yango, mine, mine, mine! And it’s true. Lions are indeed the lords of this land. But for how much longer will their primeval voices continue to echo across the savannah?

“The king of beasts is striding to oblivion and no one is listening.” Those were the words of Tom Hill, the Texan philanthropist who helped to set up the Mbirikani Predator Compensation Fund at Ol Donyo Wuas in Kenya’s Chyulu Hills. There, back in 2001, Masai pastoralists had set about exterminating every lion they could find. “By 2003 our last big pride had gone,” said Hill, “leaving no more than a dozen lions in what experts believe is the very epicentre of their range.”

Luckily for the local lion population, the Predator Compensation Fund (now part of Big Life Foundation’s conservation program) stepped in and managed to stem the tide. Otherwise Ol Donyo Wuas would have lost its lions for good. But this was not an isolated case. All over Africa, lions are disappearing fast.

When two top predators – lions and people – compete for the same habitat there can be only one winner, and Dereck Joubert - the distinguished wildlife filmmaker who knows a thing or two about lions - reckons they could vanish from the wild within 15 years.

Squeezed by Africa’s burgeoning human population (more than one billion people and rising), lions are in serious trouble. Killed as stock-raiders, shot by trophy hunters and slaughtered for their body parts, they have been driven from more than 80 per cent of their historical range – including most of the savannah lands which are their most favoured habitat - and have become extinct in 26 countries.

Part of the reason the world doesn’t appreciate the situation is because visitors see lions in tourist hotspots such as the Masai Mara and think they are plentiful everywhere. The truth is that lions need vast areas in which to roam and only a few parks can satisfy their need for space and prey and full protection.

I have always believed that the best hope of securing a future for lions lies with the tourist trade. There is no doubt that Africa’s wildlife is a major attraction and you have only to look at Kenya, where the safari business helps to bring in more than US$3 billion a year as well as employing tens of thousands of people, to realise that eco-tourism is by far the most sustainable way of making wildlife earn its keep. As the old adage has it: if it pays, it stays.

After all, lions are what you come to Africa to see. Not confined behind bars but moving free as the wind across the boundless savannah; and who can fail to be moved by their hypnotic presence? Even at rest, sprawled under a thorn tree, they exude an aura of imminent drama, of latent power barely suppressed, and no matter where you travel, from the Okavango floodplains to the waist-high grasslands of the Masai Mara, the eye hungers for their tawny slinking shapes or the sight of a pride male standing atop a granite kopje, black mane on fire in the morning sun.

Long since perfected in evolutionary terms, these glorious carnivores live in a parallel universe far older than ours, one that we also sprang from but have long since forgotten. They are the most potent symbol of everything in Africa that is wild and special and beautiful. We must not let them disappear.