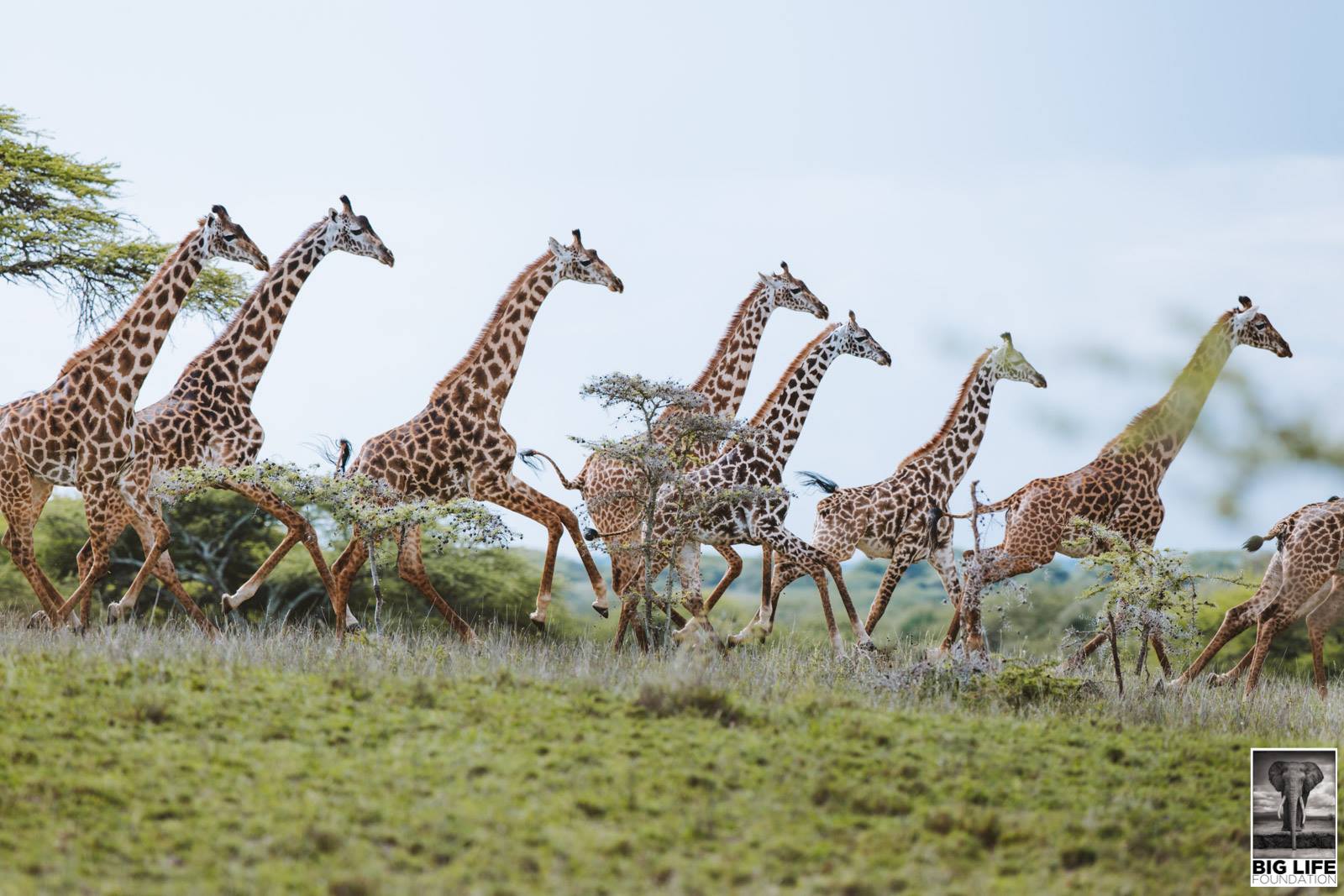 There are fewer giraffes than there are elephants alive in the world.

It’s a bit of a surprise, given how little media attention they receive. Estimates put the current population at less than 100,000* following a drop of approximately 40% in the past three decades.

We know: it’s more bad news and it gets tiring. So, given that it’s the longest day in the year (in the northern hemisphere anyway) the Giraffe Conservation Foundation has initiated World Giraffe Day, an opportunity to appreciate these tallest terrestrial animals.

Despite their gentle nature, giraffes don’t have it easy. They are a favorite target for poachers, yielding a lot of high-value meat for the effort involved. They are also very susceptible to human activity, and can get entangled in fences or hit by cars.

Big Life rangers do everything they can to keep giraffes safe from these various threats in the Amboseli ecosystem, by catching bushmeat poachers and working with farmers to keep them away from fences. We’re confident that the local giraffe population is growing, and hope to receive confirmation of this from the aerial wildlife census that has just started.

So while our teams work to keep giraffes safe in Amboseli, we ask that you take a moment, perhaps a long one, to spare a thought for these wonderful animals and the efforts to secure their future across Africa.