THE (PREVIOUSLY SHORT) LIFE OF AN AMBOSELI LION 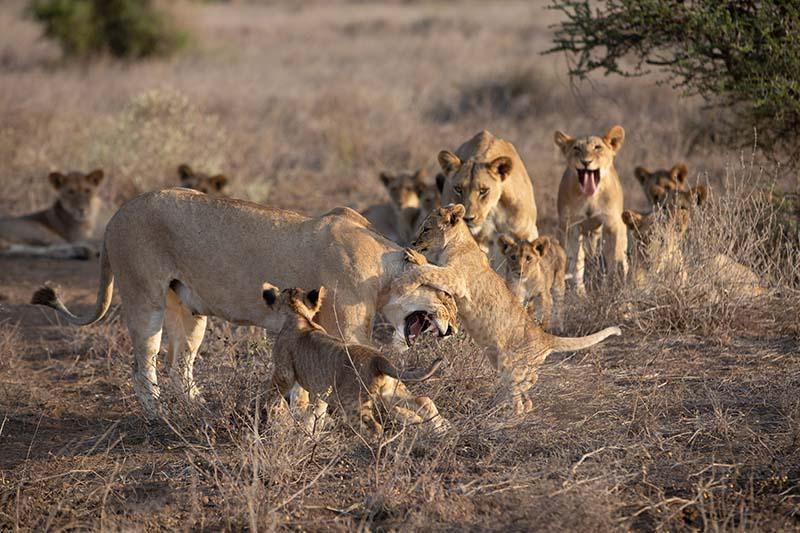 For a lion born in Amboseli in the early 2000s, life was likely short. At least 108 lions were killed between 2001 and 2006, and that’s just counting the bodies that were found.

Maasai communities have historically killed lions, in retaliation for killing livestock as well as for cultural reasons, but in the Greater Amboseli ecosystem, losses used to occur at rates that the population could reasonably sustain. With the arrival of cheap and deadly agricultural poisons in the 1990s, that changed fast.

One person could easily wipe out an entire lion pride—and countless other animals, as well—with a single packet of poison, and the accelerated death rate left the lion population hanging in the balance, with as few as 20 individuals left alive at one point.

A local scientist wrote that one particularly bad month, during which more than a dozen lions were killed, “may represent the beginning of the end.” But local communities had other ideas, and Big Life took up the challenge.

In response to this urgent situation, we started the Predator Compensation Fund (PCF), aimed at reducing the economic losses associated with livestock depredation, and in each area where it was implemented, retaliatory lion killing immediately ceased.

At that time, there weren’t many lions left to kill, but thanks to our local conservation partners Lion Guardians, who have also made important contributions to protecting the species, we know that the lion population has grown steadily and is now in excess of 200 animals across the ecosystem.

During the worst of the killing, the lions who survived were those living singly or in small groups, those who avoided humans at all costs. The surviving lions hid themselves well. But with the reduction in persecution, stable prides have once again established.

It is a huge moment for us to report that there is currently a pride of 22 lions living entirely on Maasai community land. This is about as many lions in one pride as there were in the entire ecosystem 15 years ago. And thanks to this important cultural shift, the lions are calm and comfortable, allowing tourists on safari to get quite close, as this photo demonstrates.

This is only the beginning; conflict between lions and humans continues, and coexistence is uneasy. Big Life’s predator protection work is as critical now as ever, particularly as lion numbers continue to fall across the rest of Africa, and each population becomes a more important part of the whole.

However, it’s good to pause now and again and appreciate the results of all our hard work. In at least one small corner in Africa, the lion population is increasing, not decreasing, and that is worth celebrating.

Please help us to continue this success story by making a donation.