THE POACHERS WHO SHOULD HAVE STAYED AT HOME 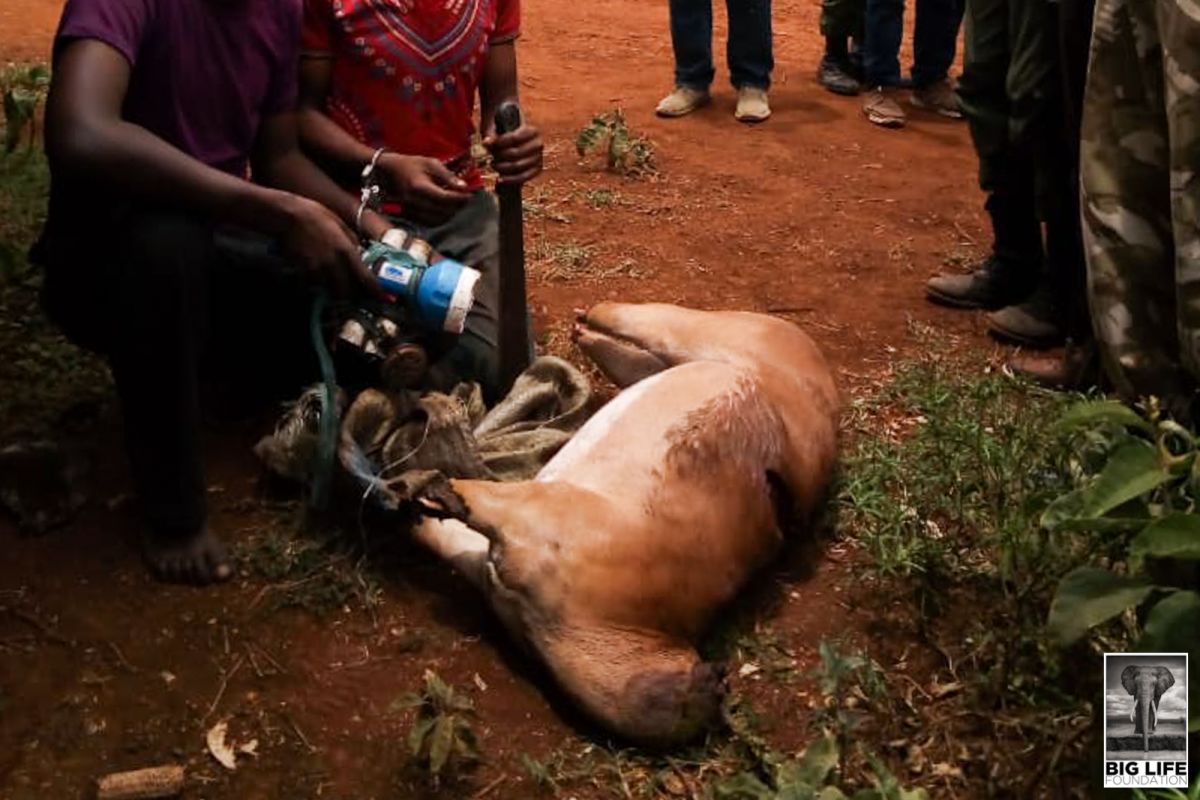 There was just a sliver of moon, and the rangers sat quietly on either side of the path. They had already found the fresh track of a motorbike going in one direction, just as the informant had said. Now they were waiting for its return.

The motorbike eventually followed its headlight back out of the darkness, slowing at the corner and the obstruction in the road. The rangers took their chance, and surprise was on their side. Even had they wanted to, the two poachers had no time to reach for their pangas.

A dead impala was in a sack on the back of the motorbike. To save time, they had simply cut off the lower legs and head, and the rest of the carcass was intact. The poachers were from Tanzania, and that’s where the bushmeat was headed.

This sort of cross-border poaching is a continuing threat in Rombo, in the far south-eastern corner of Big Life’s operating area. Poachers use the international boundary to their advantage, moving back and forth through the invisible barrier that it creates for law enforcement.

Ordinarily, these men would be booked at a Kenyan police station and held until their first court hearing, but things have changed with COVID-19. In order to reduce the load on the courts, and limit congestion in jails, suspects arrested for crimes deemed “less severe” are still booked at a police station, but are then released until their first court appearance. In the case of bushmeat poachers, the courts have little chance of tracking them if they choose to run.

To prevent that from happening, we worked with the Kenya Wildlife Service to make arrangements for the handover of the suspects to the Tanzanian authorities, and the rest of the justice process will continue in Tanzania. For other bushmeat poachers who are arrested and might be temporarily released in the future, the Big Life intelligence network will track them until their court hearings, and assist police in their re-arrest if they choose not to appear.

Arrests like these are an important deterrent for others who might be considering poaching, particularly in this highly unusual time. As COVID-19 slows local economies, and cash runs out, it is likely that some will look to the wildlife trade for income. It’s too early to predict for sure, but we are expecting an increase in poaching, and our rangers are ready for it.