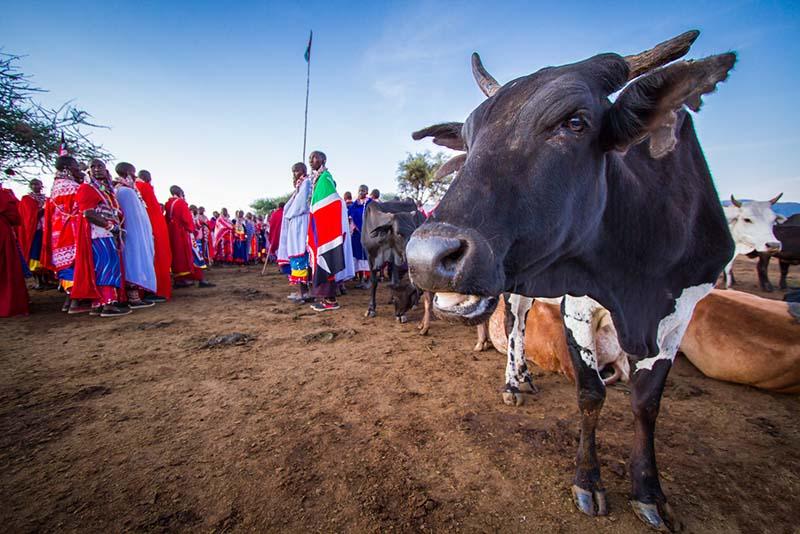 It’s human nature to defend the things we value. It matters not whether that value is placed on an idea, a place, or some tangible object. When these values are shared, they become the cornerstones of our societies and communities.

It is not possible to implement conservation programs in human-populated areas without understanding the values that drive human behavior, and to respond and adapt accordingly. The success of Big Life Foundation’s programs in East Africa is a reflection of this ethos: that if conservation supports the people, then people will support conservation.

Most of the land in the Greater Amboseli ecosystem is owned collectively by Maasai communities. The wild animals that live here are, for the most part, not protected by wildlife reserves or National Parks. Big Life helps to fill the gaps in these ‘unprotected’ spaces, by working with local communities to implement conservation initiatives.

The primary reason that many of these areas are still home to wild animals is that they have historically been compatible with the predominately pastoralist livelihoods of the Maasai people. And at the core of traditional Maasai values are: cows. A Maasai will know each individual in his herd, and the character of each. A person’s cattle can have multiple values, ranging from a symbolic demonstration of status and wealth, to the actual economic value gained from sales.

So understandably, anything that threatens these valuable cows is immediately perceived as an enemy, wild predators included. Try to imagine what it would be like to have a lion jump into your homestead at night and kill one of your animals. The anger is intense, and the natural response is to reach for a spear.

The challenge then is to understand these daily realities of the people who live alongside wild animals, and work with these communities to support coexistence.

In the case of livestock predation, we do this by mitigating some of the associated economic losses through compensation, via Big Life’s Predator Compensation Fund. Despite our success with this program, there are occasional setbacks, such as the recent incident in which a lioness was speared for killing two cows. But even when this happens, it does not help to place blame. Rather, we should channel that energy into understanding why the incident happened, and what can be done to prevent it happening again, which is what we will continue to do.

There are always two sides to the story. These are difficult discussions that require empathy and understanding on both sides, or we will never find mutually agreeable solutions. The end goal is to protect nature for the benefit of all, humans and wild animals alike.