THE MYSTERY OF THE MISSING LIONESS 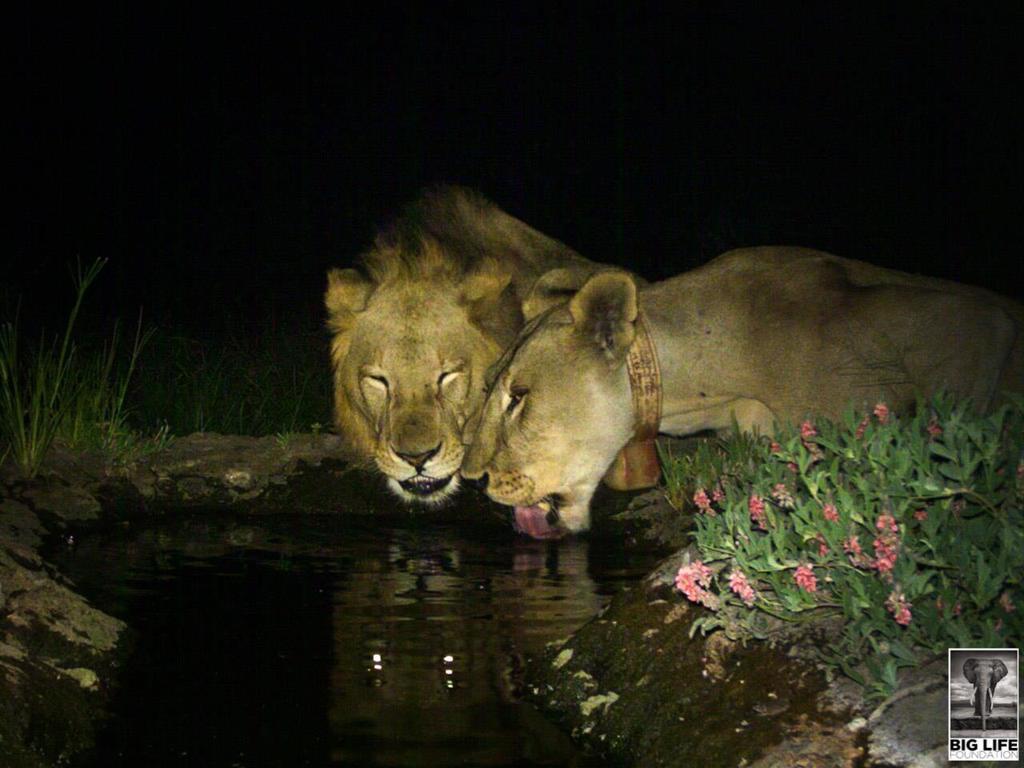 The satellite collar hadn’t transmitted data in days, it was a bad sign. With each passing hour it seemed less likely that the lioness was simply on a kill in thick bush, with the vegetation blocking the signal. This was looking to be either collar failure, or she had been killed and her collar destroyed. It was time to send the rangers in on foot.

As the ranger team approached the lioness’s last recorded location they were stopped short by a wall of dense thicket, the GPS telling them that they still had 100m to go. Anything was possible, someone might have killed her and thrown her collar into the bush, or perhaps she was lying in there injured. There was only one way to find out.

The last place that you want to meet a lion is in a thicket, and the rangers moved slowly, each step carefully considered. Then, without warning, the ground gave way beneath the leading ranger. As he started to fall he grabbed out, managing to catch the trunk of a small tree. Below him an extinct lava cave opened up, previously covered by the bush through which the rangers were walking.

These tunnels and caves permeate the Chyulu Hills, a testament to the turbulent volcanic past of this area. After sharing the tense laughter than comes with a close call the rangers continued, eventually finding fresh lion tracks at the mouth of another lava tunnel, and extensive lion activity in the immediate area.

We still don’t have the pictures to prove it, but we are now sure that the lioness had gone into the tunnel to give birth. This would explain the days without satellite connection, and the reason for her limited movement once she did emerge. Collar data has shown that she has remained in the area since, but moved increasingly large distances, all of which would be consistent with having some furry new additions to her family.

She, and hopefully her new cubs, are just a few of the lions that Big Life is working to protect in the Amboseli ecosystem, and our partners in lion conservation, the Lion Guardians, have recorded a tripling of the lion density in their local study areas over the last decade. Through the Big Life predator compensation fund (PCF) we are proud to be a central part of these efforts that are bucking the continental trend. On this World Lion Day it’s important to appreciate that although there is lots of bad news out there, there are solutions to save these iconic animals.

If you would like to support Big Life's successful lion conservation efforts, please consider making a donation today.