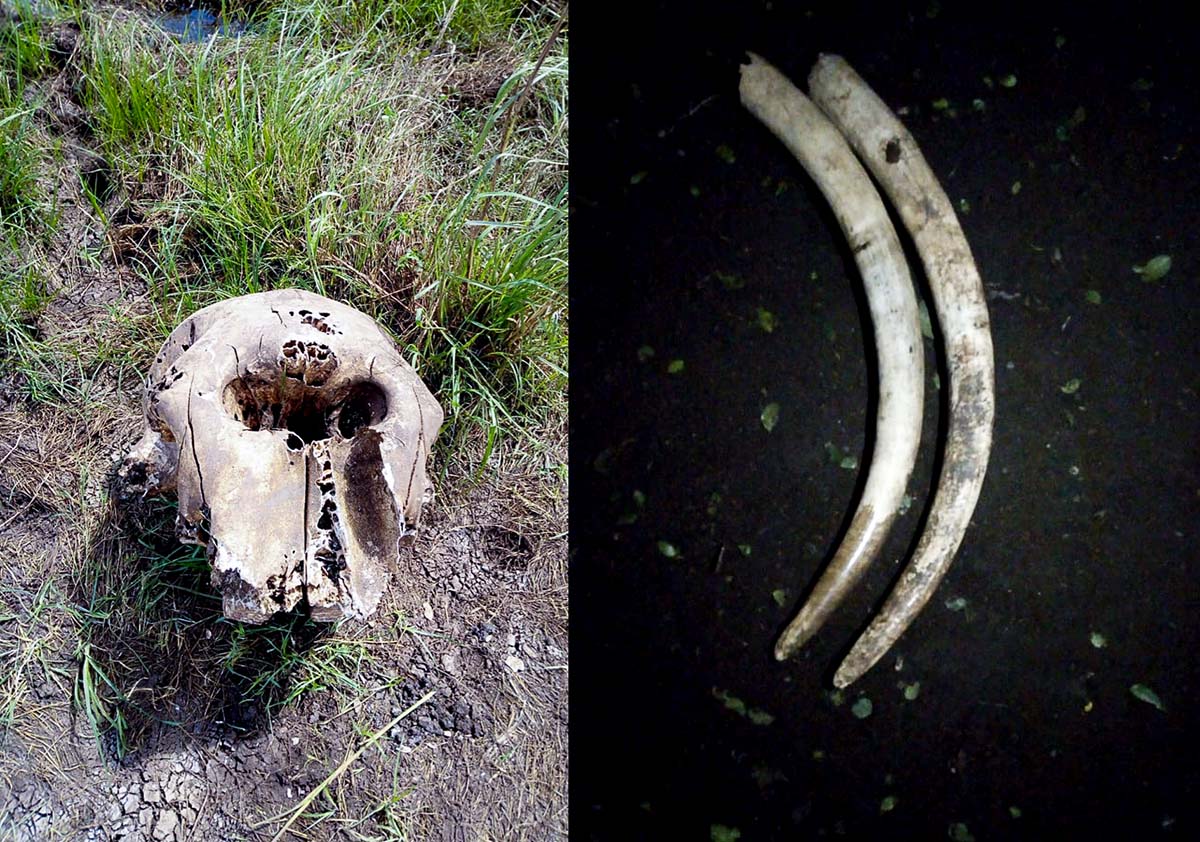 Every scavenger that visits an elephant carcass wants something. But only one is interested in the elongated white shapes that emerge from the skull.

This particular scavenger thought that he was alone. It was a reasonable assumption, given that the giant bones lay strewn miles from anywhere. The old elephant apparently died after getting stuck in thick mud, and with access to the swampy area impossible during the past rainy season, no-one had found the carcass yet.

As a result, and unusually, the two tusks were still embedded in the skull. The man took note, a plan forming in his mind. He returned to his livestock, but didn’t notice another pair of eyes watching him. A second herder, just far enough away to remain unseen.

The second herder later went to see what had been of so much interest to the first. He also took note of the tusks and returned to his herd, but with different intentions. He planned to return the following morning without his livestock, collect the ivory and hand it into Big Life.

On his return early the next day, he realized immediately that something was wrong.

One tusk was missing. Someone had beaten him to it, and the first herder was the obvious suspect. So to Big Life he delivered one tusk and information.

Undercover informers kept a close eye on the first herder, waiting for a suspicious move. Days went by and he did nothing with the tusk. As is often the case with opportunists, the ivory scavenger had taken the tusk without a plan, and had no immediate buyers to sell to.

Rather than risk losing the ivory into the supply chain, and knowing that this was an opportunist and not a wanted poacher, Big Life made the decision to confront the man. With a hint of a wry smile, he cooperated and immediately gave up the tusk. As with all ivory recoveries, it was handed over to the Kenya Wildlife Service (KWS) together with the first tusk.

Catching poachers is important, but it is only by keeping all ivory out of the trade that we can strangle it completely. Thanks to a huge effort in which Big Life has played a central role, elephant poaching has been controlled across the Greater Amboseli ecosystem. But elephants still die from a variety of causes, and the ivory must be recovered and kept from falling into the wrong hands. Thanks to our extensive ranger and aerial patrols, and intelligence operations like this one, over the last five years we have worked with KWS to consistently maintain an 80%+ ivory recovery rate in our core area of operation from elephant carcasses.

When it comes to elephant tusks, the old adage of “finder’s keepers” does not hold true. Those who decide to take the chance should know that in Amboseli, there is always someone watching.