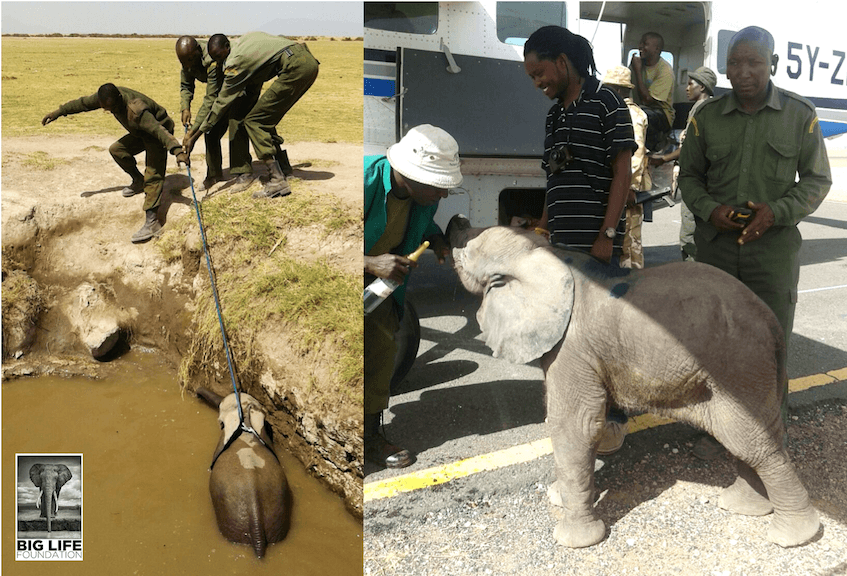 The rangers guessed that the baby elephant, only about three months old, had been trapped in the abandoned well for two days. Her family, unable to rescue her from the steep sided hole, had moved on. Hyenas had clearly been circling, and the same steep banks that trapped her had saved her as well.

The call came from a passing community member who discovered the distressed calf. Conflict and tension between humans and elephants in Amboseli has reached unprecedented levels, and it is heartening to see the concern for the fate of an elephant. This conflict is a huge challenge for communities and conservation, and something we will continue to focus on.

Luckily, the young calf was strong. Already weighing several hundred pounds, it took a couple of hours to maneuver her out of the well and calm her down. She was treated for minor injuries sustained in her fall, and subsequent efforts to climb back out, but other than a low body temperature from spending time in the chilly water, she was in good shape.

Big Life transported her to the nearest airstrip, where our partners at The David Sheldrick Wildlife Trust picked her up in an aeroplane for transport to their Nairobi orphanage. She will receive excellent care there, and the company of other elephant orphans, and will one day hopefully be able to return to the wild.