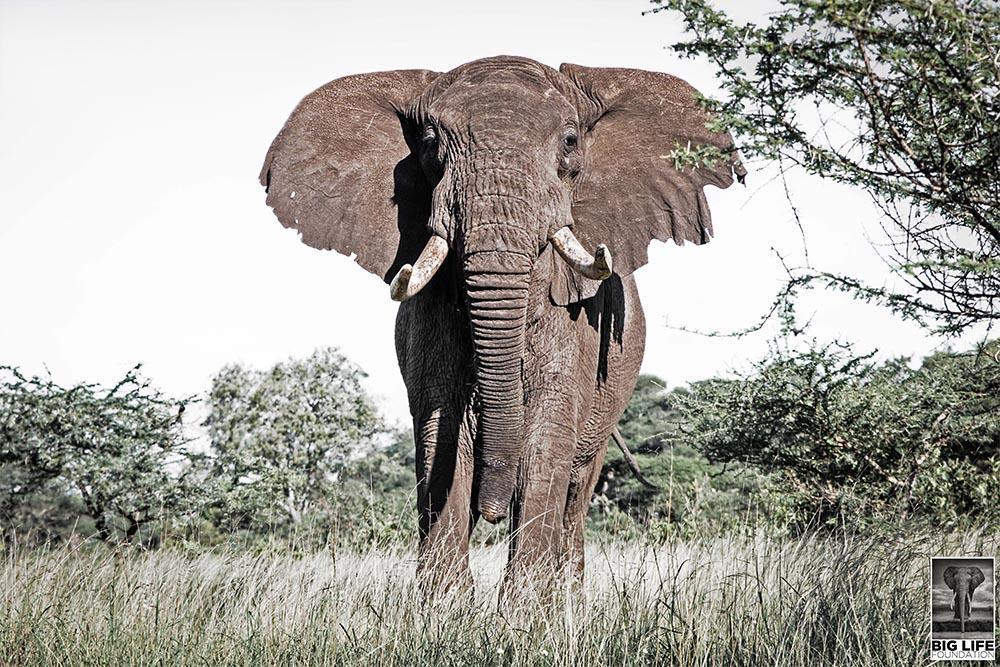 We don’t know how it happened, only that he was alive one day and dead the next. There were no marks on the massive body, his huge tusks still intact.

His name was Jagged Ear. Throughout his lifetime, Amboseli has changed faster than at any other time in history. He saw the arrival of the tar road, tin roofs and electricity, the new sound of cell phones in the quiet bush, the rapid expansion of farming, and the growing tension between humans and elephants.

This conflict nearly killed him the first time, when last year he was speared by Maasai warriors in a retaliation for the trampling of a man by an elephant. While Jagged Ear was not the elephant responsible for the injury, he regardless took a spear in the leg and another in the back. Thankfully Big Life was able to work with DWST and KWS to treat him.

Through all of this, Jagged Ear somehow maintained his tolerance of the human species, always calm and considered, never aggressive. He was certainly one of the grand bulls of the Amboseli ecosystem, and his presence at the local waterhole will be sorely missed. His passing is a reminder for us that every elephant is different, and, just as in human society, every death has an impact.