RANGERS SAVE A TINY LIFE 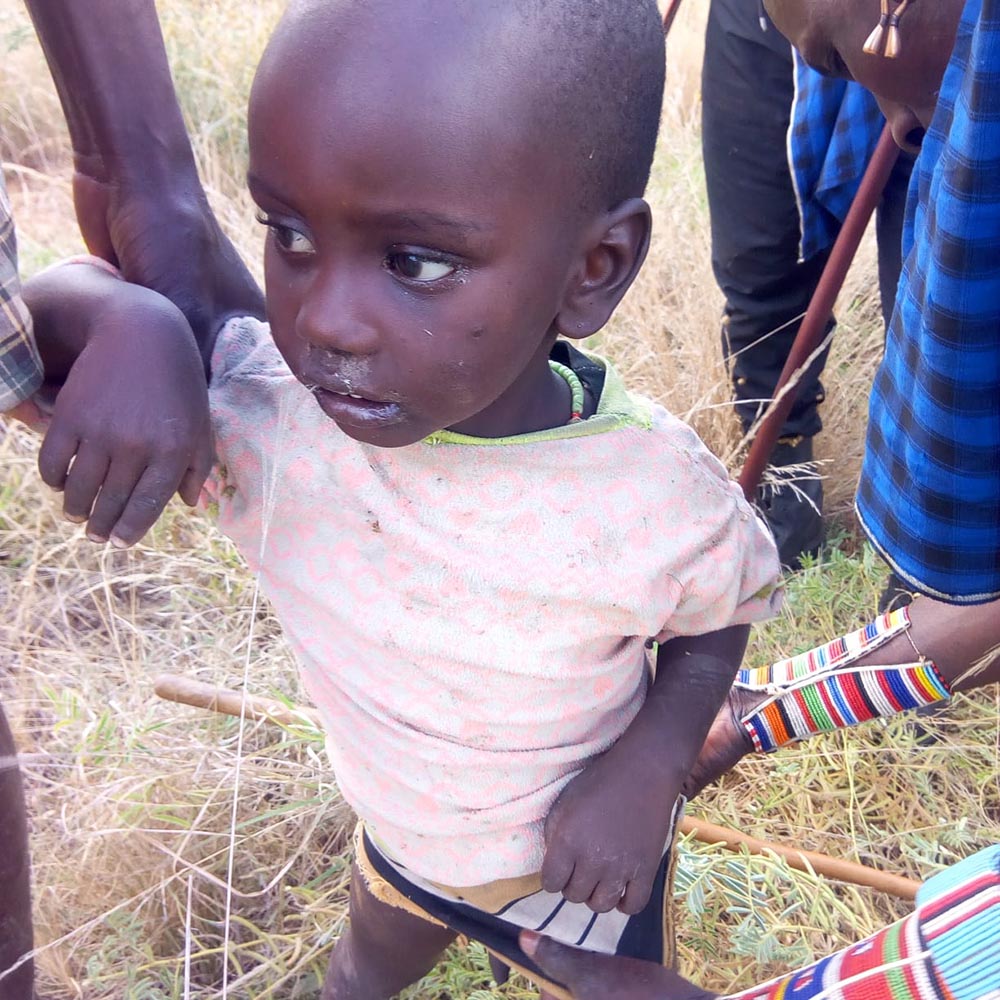 Amboseli is no place to lose a three-year-old. Away from urban areas, pastoralist homesteads are often human islands in a sea of wilderness, a wilderness that is unforgiving in its capacity to swallow up anyone who takes too many steps in the wrong direction.

A toddler on Eselengei Group Ranch recently did just that, and at the worst time of day. It was evening when his family discovered that he was gone, but there was no immediate alarm. After all, how far is a three-year-old really going to venture? As day turned to night however, the search became more frantic, and to no avail.

The search parties eventually had to give up for the night, and notified the Big Life mobile ranger unit that works in the area. Big Life sent two mobile units to join the search at first light, and the rangers soon found the child’s tiny footprints. Unlike a poacher, the child was doing nothing to hide his tracks and a few hours later the teams found the boy, 4 km from his home. The community expressed their thanks by calling in a local religious leader to bless the rangers.

Most people think of rangers as armed men-in-green, engaged in a daily battle against poachers. And yes, that is big part of it, but the true job description of a community ranger goes much further. These men and women spend their days protecting wildlife AND their communities. In 2019, Big Life rangers assisted in the search and recovery of 24 people lost in the wild, many of them children.

Big Life’s conservation model recognizes human community needs as central to the long-term future of wildlife, and our response to a missing person is no different to an injured elephant. All species share this landscape, and all are equally important.