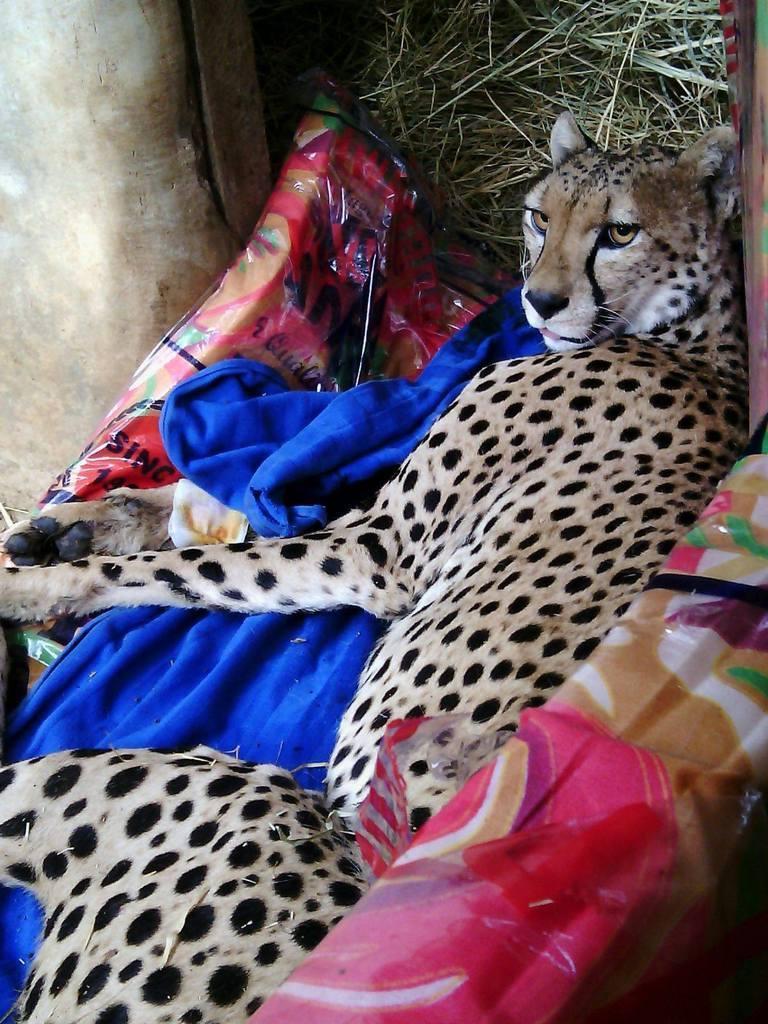 Her right paw ensnared in a poacher’s deadly trap, the cheetah had nothing left to do but to wait and die. Earlier last month, she walked into the wire snare just outside of the Enduimet Wildlife Management Area in northern Tanzania, which borders on the Amboseli ecosystem in Kenya.

As news of the incident spread quickly in nearby villages, a band gathered and set off to spear and kill the entangled cat. Fortunately, a farm manager contacted the Big Life supported rangers from Enduimet just in time, who soon intervened and saved the cheetah.

With support from Tanzania’s Wildlife Division, the Kilimanjaro Animal CREW rescue team later arrived at the scene and eventually freed the cheetah and transported her to their rehabilitation facilities, where she is expected to make a full recovery and eventually be reintroduced into the wild.