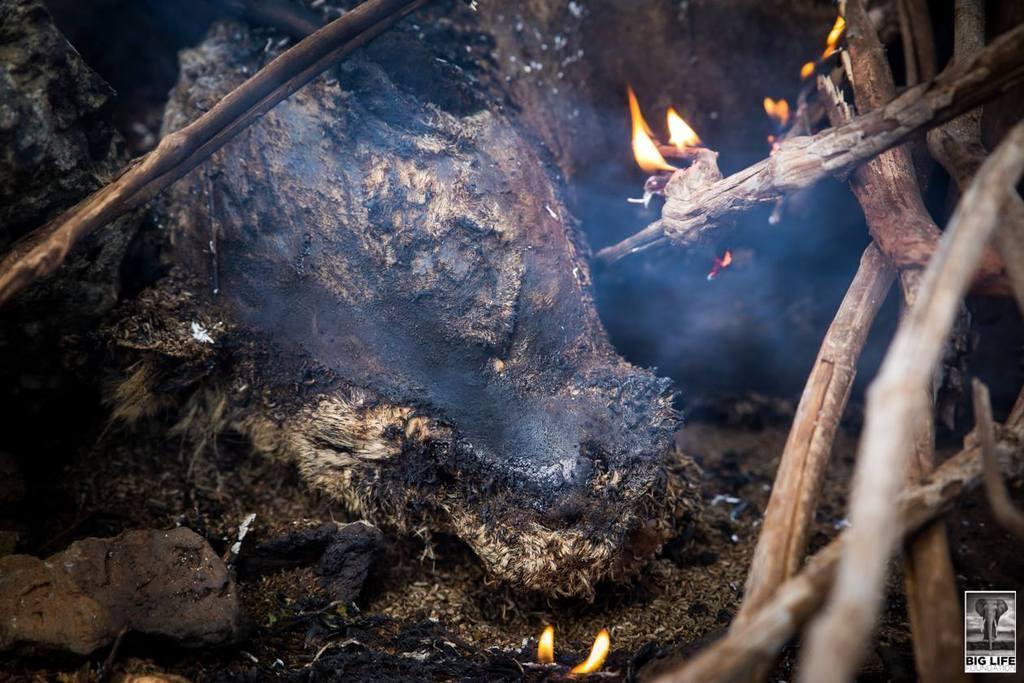 The dead flies are the first sign, their blue bodies in glittering piles, reflecting the sun. Followed by that sinking feeling, discovering that the poisoned cow had been eaten by more than just flies.

On Wednesday morning, a Big Life informer reported that multiple livestock had been killed the night before in a place north of the Amboseli ecosystem. All of the owners seemed to be calm, and noone was talking about retaliating. Our informer did not notice at the time that one cow carcass was missing.

The next piece of information was about a poisoned cow carcass, which prompted a search of the area for predator carcasses. Unfortunately, Big Life and Kenya Wildlife Service rangers found three dead lions—two of them young cubs.

No other carcasses have been found, and tracks indicate that at least one survived, but there were four other lions in the pride who remain unaccounted for.

This tragedy comes in the wake of another lion poisoning in the Maasai Mara only a few days ago, and sadly was almost inevitable. The lions had moved far north of their core ecosystem and outside of Big Life’s area of operation, into an area where people see zero benefit from the existence of wildlife. As much as we wish it were different, we understand exactly what happened.

These are deeply complex issues, with the welfare of people and wildlife on the line. Unfortunately, there are some places in Africa where wildlife has a chance, and others where the balance has tipped too far away from natural systems.

Our only hope is to try to keep the animals we protect away from these areas, or to secure enough funding for the expansion of Big Life’s Predator Compensation Fund. With a larger area of operation, we can not only protect more animals, but also more effectively protect those who unknowingly stray outside the boundaries of the current safe haven.